I'm Not Ashamed to Listen to the Fast Falling Rain 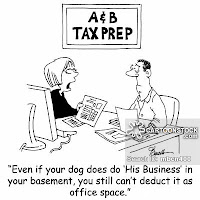 I am always bad with letting my mind wander.  As I sit here going over my itemized deductions for taxes I see where I need to fill out an 8283 - Noncash Charitable Contributions form.  Then I remember I never got a final document from Alecia for all that furniture I donated to her program last May.  Dang I said I was going to get that from her and now she's gone.  Oh yeah, I wrote about Alecia in my blog about three years ago; how I had reconnected with her and what was happening in her life.  I wrote two posts using a kind of "karma" theme with Three Dog Night's Shambala as the lyrics.  It was going to be a three part post but I never did part three!  For anyone who is new here Alecia was my first Ashley Madison meet.

Oh well as Three Dog Night wrote in another song "the Show Must Go On," so here is part III.  Alecia has stayed in communication over the past three years.  She called me once frantically worried after her daughter moved onto her college campus.  I talked her through her nerves.  Alecia is a social worker and I helped her on some projects.  I probably had opportunities to connect further but I didn't push.  Last spring I had a lot of furniture to donate and I knew her organization could probably use it so I called her.  It ended up being a very therapeutic endeavor.   She had two clients moving into the same apartment building who needed anything I could offer.  I ended up spending the better part of a weekend working with a moving company to set up these two forlorn little apartments tucked away along a forgotten side street of our city.  The stories behind these little families moved me.  The downstairs apartment was to go to a mom and her two boys.  Mom had a restraining order on the dad who had taken the family south for vacation and then simply left the mom on the side of a Louisiana road and left.  The mom had to hitch hike back with no money but made it and now was trying to mend her life back together.  The upstairs apartment was for a single dad who was taking sole custody of his daughter as the mom suffered through that opioid thing we all here about on the news.  I have to admit I shed tears as I placed furniture in a new place that had long been in place in my memories.  I imagined how that furniture might be sat on, how those toys might be played with, and how that crib (once slept in by my daughters) may be enjoyed by a new family.  I remembered scenes from my past that included those pieces of furniture and imagined that new scenes would occur with those same pieces.  Scenes I would never see but hoped would occur.  Anyway, by the time we got the furniture in each apartment those once forlorn spaces started to feel like a home and I felt as warm inside as the springtime air outside.

Alecia thanked me for the furniture and gave me a warm hug.  I think that was the last time I saw her.  On Facebook I saw where she met a guy and ran off to California and has since formed a new life.  I'm happy for her.  I'm sure I can send her a note on Facebook and she'll get me that documentation.  The guy isn't as good looking as me and doesn't look as cool but hey he isn't married so I can't fault her!  Sorry my mind wanders.

Oh wait, I implied I had made contact with a lady on AM on my last post.  I have to admit that getting a note back from a 40 - something petite Asian women in the semi-conductor business was both exciting and daunting.  Unfortunately we had our annual family vacation and in the this case Ryan's curiosity didn't get him in trouble and I let that prospect slip away.

Upon my return I came across another really smart lady (who spoke three languages) and I sent her a pretty good note if I do say so myself:

"Hmmmm, I only speak English and food, I feel at a loss. But I must say you are right about chocolate, it satisfies for about an hour in the afternoon but dang that hour is really nice and that pick me up is often really needed, particularly if accompanied by a cup of Jamaican Blue Mountain coffee. So yeah, coffee and Sharffen Berger chocolate (see I talk food) can be a great start.

So I'm all about lazy and fun adventurous days and if they are accompanied by chocolate or coffee or maybe even one of those Pinots they have over in Loudoun Valley all the better!

So let's talk politics and you can curse me out in German if you don't like my opinion and I'll just think you are smiling at the scenery! :)

Take care and enjoy the rest of the snow on this fine second day of spring. "

Unfortunately I was a day late and a credit short as she had just met "her guy" as she responded.  But wasn't it nice for her to thank me for my nice note!

I've not spoken of Sandee for some time.  Ironically she moved to the same Carolina beach I once had an opportunity to work some 20 years ago.  Life might have been very different had I gotten that job, Shannon might have been much happier.  I stay in touch with Sandee as we constantly poke fun at one another for our very different political perspectives.  If I were more daring or more courageous we may have ended up together.  I joke with her that we will end up together in our 80's at some "old folks home."  We will be like the cute little couple who finishes up each other sentences.  I don't think another women has ever "gotten" me the way Sandee has/did.  In another world I do see us as those soul mates that are so sickeningly happy together, adults that still splash each other in the river and laugh at each other's stupid jokes.  But who knows, as my Alecia story has never really ended I suspect my Sandee story or my Ryan story for that matter will never really end.

Unfortunately taxes never end as well so I probably should get back to work.


As my mind continues to wander I'm reminded of one of my favorite artists who (somewhat like me) has made a career of covering other artists.  Here is a song that sort of sums up my mood.  Gordon Lightfoot wrote the words but I think I like Tony Rice's version just as well.

"Words are for explaining the mistakes we might have made
Names are for calling when there's nothing left to say.
I'm not ashamed, no, to say that I've loved you well.
I'm not ashamed, and yet I know I'm just a name, that's all
scratched upon your wall;
You've used it well, but what the hell,
that's what walls are for...."