Whatever Gets You through the Night

"Whatever gets you through the night" was a John Lennon #1 US single released in 1974, at the time his first as a solo artist.  It's a very snappy happy song with a talk show theme melody and very deep sounding lyrics and yet it really was just Lennon's ode to late night TV and something a tel-evangelist said as Lennon channel surfed through one particular night.  I always find the back story so intriguing, particularly when it's so subtle next to the much more assumed substance.

You know Ashley Madison is kind of like channel surfing to us aimless, fidgety, and restless souls in unresolved circumstances.  And Ashley Madison has certainly gotten me through many nights.

This blog has really been a way for me to express my experiences through musical lyrics.  Mostly the stories drove the narrative and the music illuminated itself to me.  Sometimes I have remembered lyrics that I knew I needed to find a story to match.  On a few occasions that song so intimately married to the story that it truly affected me and created a new relationship for me with that song.

So what follows is not necessarily the posts I feel are the best or even the songs I love best but these are the posts whose song lyrics melted together with the story for me and now have left an indelible mark on my psyche.

On two occasions I have written posts on five consecutive days.  This was one of those times.  This was a tantalizingly frustrating tale of my first "non-meeting" with Sandee, the women who would eventually be my penultimate Ashley Madison lady.  Thankfully, four years later, she is still my dear friend.  As I contemplated writing these posts I heard the song Alone Again Or on Richard Blade's First Wave show and knew it was right for the story.  As always I became more intrigued by the song the more I read.  I also found out that there is an even better version by Calexico!  A funny thing, some time later I was playing putt putt with the fam and heard Prokofiev's Lieutenant Kije Suite which was supposedly an influence for the melody written for Alone Again Or.  Shannon was taken by the melody and said "I like that music."  In response, I blurted out "oh that's Prokofiev's Lieutenant Kije Suite."  Shannon was a little startled as I generally only know things about Lynyrd Skynyrd in her mind.  Oh well, that's the problem when you try to be all intellectual in the wrong moment.

Anyway, here are the other parts of the story:

But even though I said this was not really a "best of" post I do believe this is one of the best post I ever wrote.  I think this comes the closest to what one truly feels when you are in an illicit affair amid an unhappy marriage that one feels compelled to hold onto due to social graces.  I remember writing a guest post for another blog and that blogger, who is a professional writer, really challenged me to use my words to create imagery for the reader to really see the environment I was writing about.  I think I did that fairly well in this post.  And though I never really get a lot of comments I got some really heartfelt meaningful comments in response to this post.

I know it's hard to draw deep meaning from a song with the lyrics "What do they make dreams for when you got them jeans on."  But in the environment that night this song was a perfect backdrop.

These are my first and supposedly last "baker's dozen" Shannon's story post.  I kind of did the Shannon's story posts as therapeutic recreation for some fun and just to see if I could revisit our life through her eyes (or at least how I thought her eyes would see it).  It did end up being very therapeutic and those posts always got the most comments.  I guess all of you must be siding with Shannon and probably agree I'm as ass!   :)

I did end up doing more Shannon posts included pre-quels and post-quels and other various analysis.  Anything for a comment you know!

There are a few posts that as I later read them bring me to tears.  The last Shannon story post "It's Not as though I Really Need You" does exactly that.  I'm not sure if it's a source of some pride or simply feeling the tranquility Shannon must have felt at that moment of such great achievement for someone whose life had originally been set for a fairly common trajectory. 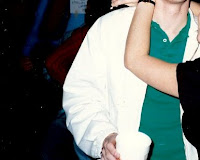 I love Jimmy Buffet music, I love basketball, and I love Carolina girls and this post has it all.  Oh, I also love a good coming of age story and I tried to weave basketball, women, music, and a coming of age story I once saw into a two (and later a third) part post about life on Tobacco Road in the early 90's.  God I love that song, so peaceful.  And I still wonder whatever happened to that White Polo jacket of mine.

If it's not good enough to write a blog about your past life then take that same past life and mold it into a children's tale you steal from a beloved story.  I have always loved the story of the Velveteen Rabbit.  The Miraculous Journey of Edward Tulane is a somewhat updated version of the Velveteen Rabbit and seemed to fit my life.  I have certainly had my days as a somewhat haughty self-important person as I progress through my early adult years.  A few things pinned my ears back and led me to the life that led me to the blog.  This was a good way to show myself how I got here.  And of course this Allison Krauss song provided a great musical backdrop that perfectly echos my thoughts.  I have certainly in my life been a "Jack of all trades and a master of none..."  But always lucky and I do like to look at life with a smiling eye!

I'm just hoping I end with a great final chapter as I still owe you that part!

In fall 2010 I was juggling four relationships: a rocky relationship with Shannon, a gentle sweet relationship with Sandra, a tantalizingly new potential relationship with Keely, and an even more seductive relationship that was a blog I was starting to write based off some ideas I got from reading another blog called Ashley and Me written by the great Riff Dog of days gone by.  What had started as a curious adventure had sent me on many chases.  But now I felt chased and this song felt oh so right.

We all go through high school, college, dating, marriage.  We learn how to break up and be broken up with.  There are the old tenets, "your a nice guy but....,"  "let's hit the pause button, we can still be friends."  It becomes almost like a menu.  But nobody ever tells you how to act in an affair and thus nobody tells you how to end an affair.  Often it ends and we just don't know it until we realize it's over and you realize you just moved on and nobody is the worse off.  Sandra is a wonderful person and I truly enjoyed the time with her.  She made me feel great.  We moved on, I hope she is happy; she deserves it.  I am happy for knowing her. 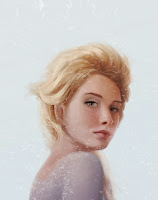 When I wrote this post I truly thought things were over with Sandee and that I may never see her again.  Our relationship was such a part of me and I was not sure how to feel.  Sadness?  Perhaps, but really just wondering what comes next, much like the mood of this song.  Her presence on the blog had become ubiquitous and the joy I had in writing about our relationship took my blog to new levels.  Thusly, writing this post seemed like I was killing that main character.  I was sad and it perplexed me that I was not sure how much I was sad for the lost relationship or the lost character.  As is often the case the blog forced me to look critically inward into who I really was.  Thankfully Sandee came back to me and continues to be my friend.  And of course the blog continues to meander though on a somewhat uncertain path, as does my relationship with both Sandee and Shannon.  So I kick the can down the road for my stories and perhaps the discovery of who I am, the person who mourns a lost friend or a lost character.  It will be interesting to find that resolution, or perhaps not. 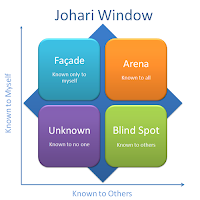 This is probably that other post that always brings me to tears.  It's also, in my opinion, the post I'm most proud of.  From a sexy perspective Blurred Lines probably better connects with readers but from an introspective point of view (albeit in this case Shannon's introspection) this is more cerebral and emotionally deeper.  I did do a lot of soul searching and put a lot of thought behind this post.  Writing this did help me better understand Shannon.  I do feel that the concept of Johari's window is what makes marriage so difficult and Ashley Madison so appealing.  Making a marriage successful requires that you go to the blind spots of your partner's comfort zone that are perhaps new to you.  Success in marriage will require that you navigate and master these blind spots.  Unfortunately many never do and many relationships then fail.  With Ashley Madison you invite people into your facade.  They either oblige you or they don't.  But those that do necessarily welcome, accept, and endorse your facade.  In fact your facade may be their temporary facade.  The result is that temporary satisfaction that comes from being oneself for a moment with no commitment to being something you are not for the sake of another.  It's not reality but it does satisfy for a moment which is exactly why it's so hypnotic and seductive.

Nothing like night-time kayaking on the Potomac for some romance.  For sex I think this was my best post.  "Her long hair cascading down into my face had that sweet floral aroma I have so come to enjoy.  Those floral accents augmented the salty beads of perspiration that now formed gilded island across her breasts."  Yeah, I think that could go into a romance novel!  Why say more.  Oops I'm back to being haughty and self-important now.

I hope you enjoyed this trip down memory lane, I enjoyed the memories as well.