Ryan's Duets - Put Me in Coach, I'm Ready to Play

The World Series starts this week and since the Nats are not in it (again as usual) I’ve been thinking about other aspects of baseball. You know there is a tried and true tradition that if your team sucks late in the year you bring up some “young guns” from the minors and see if they can do better than that old dead wood that has been riding the bench all year for you.

Well that is what I’m doing today with my Duet post! This blog is kind of like a piece of drift wood and it needs some young guns to come in and get things exciting!

So today I’m calling up Moira from the proverbial blogging bullpen.  Moira actually does not have a blog but has been following mine for some time.  Now as any of you know who do occasionally correspond with me I am wickedly kinky-erotic over e-mail! NOT! Actually Moira and I are usually talking about sports or music.  In fact, if you like me at all you'll love her; she talks in sports and music quote form but is way cooler (and hotter)!  :)

But knowing that this lovely lady does enjoy sports I thought she might enjoy contributing here - lord knows I need it!

Of course using my "bringing them up from the minors" analogy as a metaphor for a co-post with this fine lady is probably an insult to her as she is a very humorous writer. As you will see she truly brought the "A-game" and added some "major mojo" to the blog today!  Perhaps for Moira writing on this blog is more like getting sent down to the minors for re-hab or worse yet trying to make a come-back like Kenny Powers in the Mexican leagues after burning out on fame and drugs! Well Kenny would be an insult to her as well, his brand of style and intellect is more in line with “your’s truly!” :) 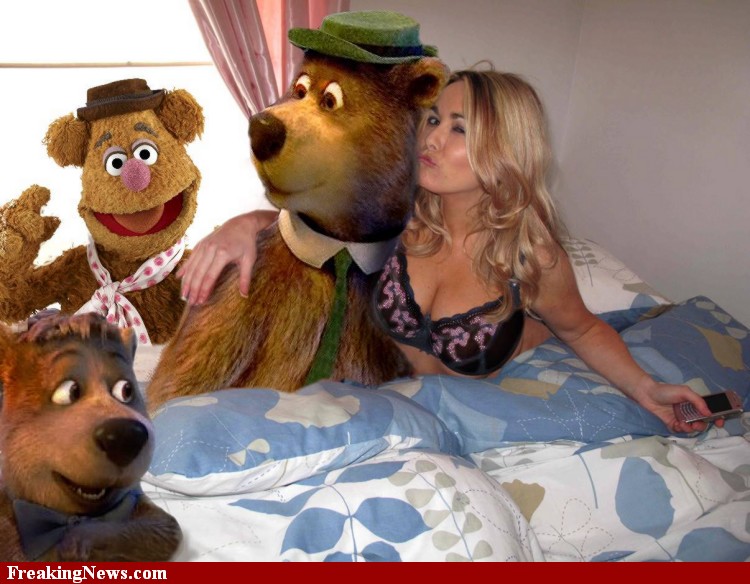 But you might think, “why am I throwing a new blogger into the fire on such short notice after doing Duets with experienced bloggers before?” Well really I’m doing it for a reason. See this is how to think about it like a guy. Or rather make excuses like a guy!

Here goes:
You really want to be ready for a lady’s first time. You know it's kind of like that story I heard once about 3 Furry Bears and some Blond chick. I think the moral was the first time is too hot or too fast, the second time is too slow or too cold, and finally the third time is JUST RIGHT.
﻿

Think about your "First Time." Was it all fireworks and rockets and Carpenter's songs in the background? No it was probably more like a Motorhead song - weird and mechanical (sung by some crazy bearded English dude named Lemmie). I wouldn't want to be a Lemmie for Moira!

Because I care for them so much (and btw, I've already gotten what I wanted from Sassy and Mrs B) I wanted to do it with her "just right!"

So rather than me apologizing for waiting several months to do a Duet with a blog-virgin I think she should be thankful that I was considerate enough to do it with everyone else until I learned how to get it right enough to be with her!

And I think all you ladies should be thanking me for "keepin' it real" and giving you a window into the warped world of the male mind. See with me it's always about YOU! :)
But what are we talking about today. Oh right! Well, it's October and as I said that means MLB World Series.

So let's talk about:

Why is Ashley Madison like baseball (or other sports)?!

Moira's Take - I'll be honest, when Ryan asked if I would join him in writing about baseball and Ashley Madison adventures, I seriously thought the man was on drugs. No, I'm not on AM and I'm actually "trying" to navigate through virgin waters with my first paramour. So, yeah...this is my rookie year.

Now, I like baseball, but FOOTBALL is my thing. My little romance kind of reminds me of my beloved Bronco's 2011 season with Tebow at the helm.  We went 8-8, and it was exciting, nerve racking, and embarrasing all at the same time, despite knowing full well that it would never "really" work.  Starting 1-4, I was ready to just throw in the towel and sign up for 3 months of salsa lessons. Then, Tebow "magic" reeled me back in.  As exhilarating as that season was, I would never want Tebow back on our roster. Too stressful, and in hind sight a total mind fuck.  A real "Jesus Take the Wheel" situation.

On the other hand, let's look at someone like Drew Brees. Maybe a bit on the shorter side, not your "typical" QB build...but still able to get the job done without making you reach for a handful of xanax in the process. Brees, was jilted by San Diego...deemed unable to take them to a Super Bowl, went on to New Orleans and was AWESOME. He made grabbing a world championship ring look effortless, then surpassed Unitas' 52 year long record for consecutive TDs/game, while playing with an interim coach at that!! (In your face Chargers!) You know what you're getting with a proven winner like Brees. It's like in that Coldplay song..."I used to roll the dice, feel the fear in my enemies' eyes."  Brees knows what it is like to be the king. Forget about Jesus!! Don't you want to Viva la Vida?!? It's FUN and easy to be with Drew Brees, you can't help but love the man. It just *might* take a bit more patience and effort to be with that proven winner, but worth it in the end.

Like football, affairs do provide a great escape...nothing is guaranteed, and in the end...it's *just* a game, you can't get too emotional about it, yeah?
About Moira:  "I have a tattoo of myself, but only bigger. I always avoid alliteration at all times. I frequently speak of the "pompitous of love." I am currently the reigning International Gold Medalist champion in extreme origami. I grew up a 'Niners fan, but when my father passed I found a new man with a new team. It was easier to embrace his Broncos, one of those "compromises" you make in a relationship. So, I've been bleeding blue & orange for over 15 years. I love music...the classics, modern, experimental, with or without words, catchy, fast, slow...all of it. There are so many of life's ill moments that have been buffed away by blaring some great tunes and dancing around the house. Thank God for music & dancing. As the Queen of Silly City, when I'm not trolling the blogosphere or honing my haiku battling skillz, I can be found laughing and playing with my kids." 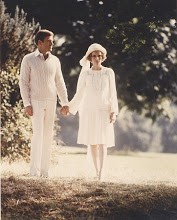 Ryan's Take - First of all, OMG; Moira really nailed it, didn't she!  I loved her Tebow analogy, he is truly a strange combination of "livin' la vida loco" and "Jesus take the wheel!"  And did you catch Moira's bio, did that sound like Ryan with a vagina or what!

So have you ever heard of Buddy Biancalana?

Well, you are probably saying now:  "No, I have no frickin' clue who Buddy Biancalana is and I couldn't give a *hit who he is for that matter but I bet that idiot Beaumont is going to go ahead and tell me who he is anyway! And btw what does he have to do with Ashley Madison!"

And of course you are right.
But here goes:
Buddy Biancalana was a utility infielder with the Kansas City Royals on their World Series Championship team of 1986. He was instrumental in the Royals victory that year with an on-base % of 0.435 during the Series. He achieved notoriety that year additionally when David Letterman started doing a countdown of his hits toward breaking Pete Rose's all time hit record. It was of course a big joke as Buddy had a lifetime hitting average of 0.205. But what does that really mean? Well, it's this; as I was telling my college buddy once. I'll bet somewhere in Larkspur, CA (Buddy's hometown), in spite of his poor hitting in the Majors, there are a couple of old men talking about how Buddy Biancalana was the greatest ball-play they ever saw in person.

And of course his wiki proves that exact fact as he was recently elected into the Redwood High School Athletic Hall of Fame.  You see even a weak hitting spoof worthy shortstop may well appear as super-human whilst walking among us mortals.

But thinking about Buddy I realize why Ashley Madison is in fact like baseball. You see to read my blog you'd think I was a master at this Ashley Madison game. But like Buddy I failed most of the time, in fact WAAAY more than Buddy. I've probably written well over 100 AM notes but only had sex with 4 women. Piss-poor average I'd say. But in baseball if you can manage to fail 67% of the time you'll be in the Hall of Fame!
﻿﻿

But baseball is funny, little things do matter. Earlier this year I was watching a game. My team was up by a run in the top of the 9th. Our pitcher walked the 1st batter. No worries, he still is throwing well. In fact he strikes out the second batter. Problem is, the catcher drops the third strike and the runner goes to second. The pitcher then proceeds to throw a wild pitch! Now the game tying run is on third. Low and behold the next batter dinks a check swing into a little bloop single to opposite field and the game is tied. *HIT! And of course the other team won in extra innings.  Our team was better and should have won the game but the other team took advantage of opportunity and won the game.

Taking advantage of opportuny, that's really what AM is all about.  Doing the little things by paying attention to profiles and hitting on what a lady is communicating in her profile. It's being opportunistic and manufacturing runs by making that first meeting exciting and (more importantly) "turn-key" for her. And when needed lay down a bunt and move that runner over the second. That lunch may set you back $50 and you may only get a kiss. But it made her feel good and now the runner (you) is in scoring position!  That second date may be a line drive into the gap or better yet as that famous ESPN Sport Center guy Chris Berman would say "back, back, back, back, back...... GONE!"

So batter up boys. AM is tough and you'll strike out a lot. But take your swings - even Buddy Biancalana hit 6 Major League home runs in his illustrious career!

And take a bit of advice from that awesome Greg Khin song "Madison Avenue Man," with a few of my edits!  :)

"I (give you a) feel (and let you) flow and I'm riding high,
I (clear off the top of) my desk (and do you from) behind.
I put (my ladies) in the cross-town (hotel).
When they close the door it's just the two of us.
I use the magic touch for those special days,
it's dog eat dog (on AM) but I've got (smoother) ways.
Well, I can get results without pushing too hard,
and I can buy (room service) with my plastic card."

Posted by Ryan Beaumont at 9:03 AM

Welcome Moira! Im a football diva too. :) I enjoyed your duet.

I think this proves baseball can be an analogy to anything! Great post!