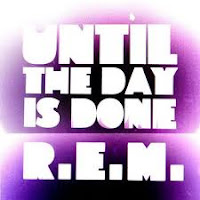 "where are we left to carry on"

A Requiem for A Marriage

Until the Day is Done is a 2008 track from REM's Accelerate album.  It debuted on Anderson Cooper 360 to promote the documentary Planet in Peril featuring Cooper along with Sanjay Gupta and Jeff Corwin.  The lyrics are thought provoking and cautionary in nature.

"An addled republic, a bitter refund," speaks to the unintended negative consequences when we don't nurture the world around us as the documentary depicts.

"As we've written our stories to entertain, these notions of glory and bull market gain.  The teleprompt flutters, the power surge brings an easy speed message falls into routine."  Of course one should never presume to know what Michael Stipe is thinking but it seems as if he asks us to take heed in measuring our past glories too richly lest we revel in the routine that fails to nurture the future.

"Providence blinked, facing the sun; where are we left to carry on."

Dan and Cathy have been our neighbors for eleven years.  If I could take you back to 2004 and introduce you to them you would come away thinking they were the perfect couple.  Both attractive, warm, engaging people who have two lovely kids who've grown up with our girls over the years. Cathy was Dan's college sweetheart and they seemed to be an extension of one another.  Dan and Cathy used to teach a marriage class at their church.  We even attended their church a few times.  I actually enjoyed it which is quite a thing for "heathen Ryan."  Their minister is from my birth state and I enjoyed talking to him as geographically we had much in common.  I would have continued to go but he often mentioned "Demoncrats" in his sermons and that kind of turned me off.  I know I sin often but I didn't think being a liberal Democrat was necessarily a sin.

But anyway, through the years Dan and Cathy have been dear friends and it has been providence to see our families grow up together. 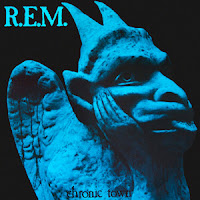 About two years ago Shannon and I noted that we were not seeing Dan as much as we used to.  One night a few weeks after that conversation, Cathy revealed to Shannon, during one of their evening walks, that Dan had moved out.  Cathy had indicated to Shannon previously that there were below the surface challenges in the marriage.  Dan has a very good sales related job and aspired to a someone elevated lifestyle.  That was at odds with Cathy, a part time secretary, who just wanted to enjoy what they had.  Dan wanted Cathy to step up financially.  Cathy, however, is a very simple person and did not wish this lifestyle, only to enjoy and enhance their current lifestyle.  She grew up in a military family so was never used to a lot but certainly enjoyed staying put.  All she ever wanted was to finish the basement and send the kids to camp.  Dan wanted a vacation home. Suddenly the marriage counselors and perfect couple were at odds.  Dan was restless and Cathy, beautiful though she is, seemed boring and a hindrance.  It is at these times that we blink at providence which is exactly what Dan did.

Dan is an avid golfer and he met a woman at his club, a new divorcee.  She was apparently more exciting and Dan took the temptation.  Apparently, to her, Dan seemed the ideal "catch."

Now before we all call Dan out as the dirty dog here let's understand that perhaps we don't live in a world where evil is concentrated in a few and fault is mutually exclusive.  Cathy is one of those women who has a new selfie of herself everyday on Facebook.  She always has to make mention of the fact that she has been "baking herself to death all day."  As her daughter progressed through high school it seemed as if Cathy began to live vicariously through her.  Every dance, every college trip had selfies of the smiling mother and daughter.  Of course, this is how it is supposed to be; we, as parents, should relish and embrace this time.  But we must remember it is not, in fact, our time; just the joyous time of our children's lives we get to view with delight.  I suspect Cathy's vicarious living alienated Dan at a time when they perhaps should have been reconnecting as their children became more independent.  I suspect that Cathy's vicarious living pushed Dan away and only served to incentivize Dan's wandering eye.

The marriage, which not so long ago appeared as providence, was now addled and ready to meander off the tracks.  Now under focus, the marriage which seemed so perfect showed the festering cracks of emotional drought.

It was not too long after I found out about Dan's situation that I saw him at the gym with the new girlfriend.  He introduced me to her with a sheepish look as his girlfriend.  Of course she seemed nice enough and I just said hi.  What does one say to a woman you don't know who is having sex with a man who used to be your neighbor.  The neighbor who's kids grew up with yours.  My daughter was with me and Dan's son was with him.  My daughter, the son, and I just quietly wandered off to play basketball.  It seems the only thing one can do is turn your head and hope the wreck in front of you somehow goes away.

I felt bad for Dan's son.  He is such a nice kid but very shy and not particularly strong academically.  Dan and Cathy's daughter is in all honors classes and, at the time, had one foot out the door (she is now in college).  I had suggested some local schools to her but it was clear she wanted to go as far away from the mess that was now her life as possible.  I didn't blame her.  But, the son (just a sophomore) had no escape.  Sometimes now, the son will come over.  A meal at the Beaumont's, ping pong, or just watching TV must seem like a quiet segue for him.  Quit the irony considering the wrath that is so typical between Shannon and I.  However, Shannon and I, in a rare moment of solidarity, worried about him and wished we could help.

Dan and Cathy did eventually divorce.  Soon after Dan had a break-down and broke up with the girlfriend.  Recently, Cathy confided in Shannon that Dan has begged her to take him back.  But Cathy, in her new-found freedom, had interested men.  She had started dating and did not want Dan back.  Unfortunately love and caring is not a resealable pouch, you can't put the Genie back in the bottle.  The deep wounds Dan had caused would never heal and now the only outcome could be moving on.

But Dan has been having trouble accepting that Cathy has moved on.  He has essentially been stalking her thorough the son via texts and phone calls confirming where she is.  He has visited the house waiting for her to come home.  It is scary how someone who seemed so "regular" has come apart and something that seemed like providence is now irreparably undone.  And among the nasty wreckage is the psyche of the children left to cope in the wake of the storm the adults created.

It makes me sad.  I have often told Shannon that the difference between successful understanding and outrage is often 20 seconds of listening.  Such a small price to pay and yet too often the cheapness of impatience and restlessness win us over.  We pursue a false vision.  We blink at providence because we look at a pleasant facade that conceals a less pleasant reality.

Perhaps 2004 was not any better for Dan and Cathy than it was for Shannon and Ryan but I mourn for the hope that I had back then and the faith I had in others who seemed to have what I wanted.

But "until the day is done" "forgive us our trespasses, father and son."

Requiem for a Marriage

Posted by Ryan Beaumont at 4:11 PM

Wow Ryan, this really hits close to home (as you can probably guess). When a marriage unravels, it's not clear that there are any good choices. xxoo-H

You are such a great writer. Wow.
This is the second time this week I've heard the tale of the divorced husband turning into a monster. Ugh. Hope that calms down and doesn't spill over into your yard...

@ Anonymous - When a marriage unravels there often or not good choices but as you may find sometimes there are good outcomes around the next corner.

@Sassy - Thanks, our yard is always clean and tidy and always will be. Shannon and I are the consummate marketers and image consultants but it doesn't alleviate the fact that the topsoil is very thin in this part of the country and just a few inches below is the cold hard rock.