You're Working for the Clampdown

Getting posts out these days is really hard.  I have been incredibly busy at work.  Often that is bad but the projects I'm working on are fascinating and I'm enjoying being a part of so many new things.  So the days go by and the time I had spent in the past blogging gets eaten away but work related thought, how inefficient of me!

But there are constants in life and I still love sports, humor, and politics and Sandee continues to be a dear friend and confidant, and sometimes other.  I can only hope she feels likewise of me.  As we have meandered through these opening debates Sandee and I have started a new tradition of live blogging to one another (so to speak) about what we hear.

So here is the Ryan/Sandee commentary from the last witty Republican debate:


Ryan - Why isn't anybody talking about building a wall on ***** St!  Have you seen the hookers and crack heads down there.

Ryan - Why aren't these RINO's talking about the guy talking to himself and peeing on the side of the road off **** St!  He needs to be deported to Baltimore!

Ryan - And get off the back of small business owners and let the free market open more strip clubs and liquor stores.

Ryan - Put more money in the private sector?  Has Rand Paul ever been to the Budweiser skybox at the Verizon Center?  If wings and beer will pay down the deficit great, but I think most of that excess profit goes to perks and golden parachutes.  The only trickle down is at the urinal!

Sandee - You are such as smart guy.. Can't wait to hear you say these guys have converted you.

Ryan - OMG, I think I actually saw Rand Paul get a hard on talking about taxes and fiscal policy.

Ryan - Oh yeah, will you monetize me baby!  Or do you want to be on the Gold Standard! 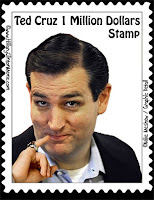 Ryan - Oh Jeb is like a salted caramel rice cake, it promises to satisfy your Bush yearnings but you take a bite and you just have to say BLECH!

Ryan - Oh snap Marco who cares about deficit spending when you get to bomb 3rd world countries!  And it's great for Fox ratings, all good!

Ryan - Oh come on Ted, no sugar subsidies???  Is your platform really going to be taking candy from the baby!

Ryan - I need my chocolate

Sandee - Your spinning now Ryan Ted isn't taking candy from any babies, you and the lame-stream Liberal media.  Vote for Marco then!  He's super sweet!  I don't think you need any chocolate, sir... You are hyper enough!

Ryan - Well I'd love to spin sugar into Cotton candy but Ted ain't gonna let me write that off as a deductible!

Ryan - Donald, I like my Chinese currency manipulation; otherwise my next I Phone upgrade will be totally higher and that would be a total bummer!  :)

Sandee - You always get me laughing during my debates & then I can't take them seriously, lol. 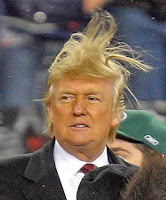 Ryan - That's the point!  How can you listen and take seriously a guy with a Flock of Seagulls haircut trying to talk about deporting 5 million people who do things nobody else wants to!!!

Ryan - OMG, I didn't see the Khardashians in the Republican Facebook word cloud!

Ryan - Thinking on it now, I could be convenced to vote for Ivanka and Ivana as 2nd and 3rd lady.

Sandee - Are you saying they look better than Mother Hillary.

Ryan - She's not the worst looking lady in the world.  I said I would vote for her, I didn't say I'd poke her on social media!  :)

Ryan - You know I think I heard this debate once in the locker room in high school before a basketball game.  "dude, let's go over there and totally kick the s*it out of those a holes...., they are douch bags, we can kick their ass any f**kin' day of the week..!"

Ryan - So for real Marco keeps doing better, I guess cream does rise to the top.

Ryan - You know I'm 1/8 Spanish, does that make me dolce de leche enough for you!

Sandee - Oh yeah!  But dolce would make you Italian and that's too liberal!

Ryan - There you go correcting details on me again, you fact checker you!

Ryan - Hey did you know the average American can only listen to Ted Cruz for 4 seconds before they start gagging!

Sandee - Then don't look, just listen; you Dems are mean!

Ryan - Yeah I've heard Hillary can be a real pistol!

Ryan - I get all my news from the Borwitz Report and the Daily Show!

Sandee - She needs to add her name to her own list.  Hey you should be writing for these "news" reports, SERIOUSLY! Maybe I'll secretly send in some of your material.  Big $$ for you!

Ryan - You'll hate me for this one, but more bad news for Jeb!

Sandee - Shame on you.  Now I feel dirty for laughing at my Georgie!

Ryan - Well just try not to feel too much worser.  See me and W has a soft spot in your heart because we give you so many opportunistical moments to correct our Englishese!  :)

My sincere hope is that the events in Paris and the bombing of the Russian plane on the Sinai are a tipping point for the world.  As with 9/11 there is a common denominator here to rally around.  I hope we don't lose focus on petty things.  I am encouraged that Europe, America, and Russia are talking; that Iran seems to be staying on the sideline (knowing how terrible these recent actions are).  I hope we do what is necessary to eradicate the evil in the Middle East not because we need cheap oil but because it is the right thing to do for the good people within that area.  And then I hope we get the hell out and don't go looking for the next fight.

Your blog is so nice i am really happy to read this blog, While men and women think about most of them think about the associated with Gurgaon nevertheless they don’t realize that the particular Gurgaon Escorts.
Gurgaon city gives massive extension to youthful era to appreciate a considerable measure through dating and love making. I would like to say thank to my profession because it gave me everything that I want to get in my life. It was my decision that I will work as escort for escort agencies. Now I have been establish in the escort world where I want to build trust among ge
Please visit following links to know more about Delhi and Gurgaon escorts:


Gurgaon Escorts
Escorts in Gurgaonis one of the most colorful and cultural city of Call Girl in Gurgaon and since it is the capital city, providing ample opportunities Gurgaon Escort Service for various sectors including jobs, is a must here. Female Escorts in Gurgaon There are numerous good universities here which attracts students from all over the world and apart from that it is also emerging as one of the peaceful and safest city to work in. Independent Escorts in GurgaonLooking at all these parameters, many people come to this city with a dream and most of them are able to achieve them with some efforts.
Escorts in Gurgaon Service