Give Me Some Water

An Endorsement of Sorts


lyrical interpretations arranged by R. Beaumont
sampled from the work of E. Money (Give Me Some Water, 1979)


Mama never understood what it's like for a jagass man
When her number one son tried to play politics with the Koch Brother's hand.
Daddy gave me $1 mill - but just Queens would never do
I was the one who got good with the refund - took the money from the rich IRS too. 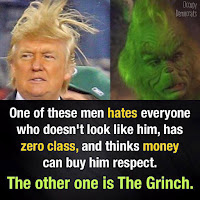 Give me some votes, 'cause I killed the GOP on the Mexican Border
Czech Czech woman
give me uh woman
I need a hot hot woman


Donny grew up so fast and bought up 5th Ave one day
Said, "I'm a wanted man, I have small hands - but I'll be running you, anyway."
So I started to campaign against those bad government hombres in DC land
'til one day Move On caught us 'cause the Clinton's always get their man. 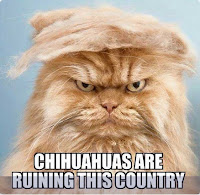 
Oh, geeze, if I can just get through this campaign
I'd say it's as rigged as I can
But, Lord, there ain't enough stupid red states to run
Should I have called her a nasty woman?

Kelly Ann give me a hand


Can't you see that long, white rope hanging from the tree of Liberty
Take the restless pollsters; tie my hands, of course; tell Melania that I'm finally free
Let me lose like a man - no one understands; let me say it's really Paul Ryan at fault
Smack that model in the ass; with my last dying grasp my peoples hear me say bigly 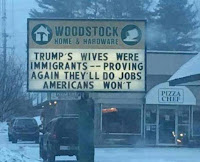 
Give me some votes 'cause I killed the GOP on the Mexican Border
Kelly Ann and Ivanka give me a hand.....  :(

I've wanted to say something about this election for some time.  In life I'm a pretty big political policy wonk and I'm admittedly a real left of center guy (think the one weird guy who looks forward to watching All Due Respect on Bloomberg and Fareed Zakaria GPS and worships Nate Silver and Larry Sabato).  But blogging about politics is so boring and who has time for real policies that take more than 140 characters to read about.  I'm mean really, this is the Ashley Madification of leadership; how to titillate and attract in 2,000 characters or less!!!

So I guess stealing some lyrics and spoofing the DONALD is the best way to make my point.

But do let me say that I am excited to Stand with Hillary! 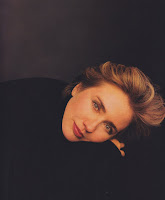 If you like her now, you'll like her as Pres.  If you don't like her now, I'm pretty sure your gonna like her soon; I think she'll get those good ole boys and girls in line down the street at the Capital!

And for maybe the last time here is some back and forth between Sandee (my favorite little tea party girl) and me.

Ryan - lol, can W put on a cape and chase off the evil clowns running for President?
http://www.telegraph.co.uk/news/2016/10/12/man-dressed-as-batman-chases-killer-clowns-in-cumbria/

Ryan - Do you remember that time back in '87 when the Donald groped you at the Bonjovi concert?

I bet he was chewing tic tacs

Ryan - I thought it was Fatboy Slim the Mexican global newspaper cartel mogul that was paying off those ladies!
Sandee - lol

Ryan - Watching Dancing with the Stars!

Sandee -  ooohhh, you are so manly!

Ryan - My prediction, the Donald comes in second place next season on Dancing and claims it's rigged!

Sandee - Ha! You must have had a second helping of the kool-aid!

Sandee - And Hillary is a cheerleader in pants!!? 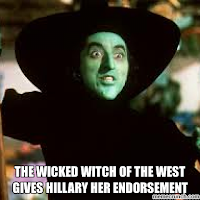 Ryan - Bottom line Hillary is a nasty hombre and the election is rigged!  :)
Sandee - How can the wicked witch endorse Hillary when she is Hillary?

Ryan - See the system is rigged, the wicked witch is endorsing herself and using her flying monkeys to rig the media and the wizard is leveraging the global banking industry to undersmine poor Donald the straw man!  Not even Putin, the Tin Man can save him!! 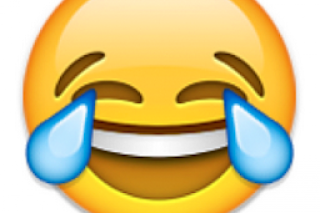 You know sometimes I wish I could be a spin doctor for the Tea Party, making up conspiracies is fun!  It's kind of like an Ashley Madison note, what fantasy can I paint in a few words along side a bathroom selfie!

Posted by Ryan Beaumont at 6:00 PM

Oh my... your creativity is gushing out in all directions! You always take the long way around but you get to the right place. Yay Ryan! Glad to hear your thoughts right before I vote early. :)

Your politics are fascinating us this side of the pond. It appears to be interminably long process. Trump is a joke but Hiliary has her flaws. You appear to have limited options. I did enjoy your writing though

I watched this morning the events unfold, our shock is palatable.