I Can't Get to Sleep, I Think about the Implications 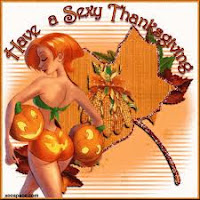 Well the good news today is that I am writing a post which means I survived my bi-annual trip to my in-laws, the DINKS.  I've written about them before (here); DINK's meaning double income, no kids.  This trip was particularly stressful because we were there a full three days.  An overnight at the DINK's is survivable, just like when you get a colonoscopy; you simply need to make sure you are hydrated and you pretty much can survive the 36 hour period with no non-alcoholic infused liquid intake.

To be fair we disrupt their lives by bringing a very scary invasive species into their virgin ecosystem; namely two common teenagers.  The teenagers lie down on couches that are not even supposed to be sat upon, they wipe their face with ornamental towels that are not actually supposed to be used at all, and wash their hands with decorative soaps that you don't actually use.  The teens don't understand stuff you look at but don't touch and the DINK's don't understand being around humans who expect constant service, technology, and nourishment.  Heck, Mr. Dink is not even on Facebook so he has no concept of the need to check Snap Chat every 8.5 seconds!

The mixture of these worlds is difficult at best, dangerous at worst.  Hell, they don't even have cable for Christ Sake.  And that doesn't mean they have like a satellite dish, they actually don't have ESPN. How do you not have ESPN in a first world country.  I couldn't even watch my second favorite college rivalry game on Thanksgiving Night and had to keep track of my idiot Redskins via stats-tracker; in a word I felt violated!  I felt like I was in Antarctica!  I had to make major logistical plans to make sure I would be in a place I could watch Big State U last weekend and had to go through considerable angst when we then determined to watch the game at one of the Dink's favorite pubs. Until I actually saw the game on TV I was sure I would find myself at a wine bar with a jazz band and a pack of 40-something hipsters talking about net-neutrality and their short game. 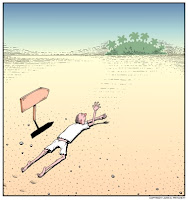 The first night I woke up around 2 am and my mouth feeling like I had woken up in the Sahara Desert.  I walked to the kitchen and opened the refrigerator.  In a normal human home (or at least mine) you could hydrate with fruit punch, OJ, sweet tea, lemonade, maybe even Kiwi-Strawberry lemonade but bottom line you can go back to sleep with your thirst quenched.  As my eyes blearily perused the refrigerator panic slowly infiltrated my soul.  The refrigerator was completely full yet with nothing a normal human could drink.  There were, as stated above, no less than 4 varieties of organic nut related milk; bleck!  There was enough beer varieties to put an Irish pub to shame.  And yet nothing to actually quench a normal persons thirst.  And then I saw it a small bottle of clear liquid.  WATER!  Yes water, I can drink that!  I grab it and start to twist off the cap.  DAMN!  It's Club Soda.  It's Mr. Dink's club soda he splashes over his small batch artisanal bourbon.  That's not water that's fizzy water that fakes you out, kind of like ocean salt water. OMG, I'm going to die!  I finally had to settle for tap water.  But first I had to gently grab a glass glass to pour the water into.  Who drinks out of a glass glass?  In our home we have all plastic cups, like normal people.  If it drops on the floor, no worries!  At the Dink's, weary and unstable from dehydration, I have to gently handle a glass from the 1998 Kiwanis Golf Scramble, knowing it simply can't be dropped and broken as that is the one Mr. Dink won the closest to the hole competition.

Also disturbing was the presence of the Thanksgiving bird sitting uncovered in the fridge wilting from dehydration just like me.  I walked away somewhat hydrated by lukewarm tap water but couldn't help but worry about what that dry old turkey would taste like tomorrow.

Btw, Shannon and I are both pretty good cooks having both served in the hospitality industry for many years.  In spite of our differences, in the kitchen we are a power couple churning out food like a well oiled machine.  But that bird was not bound to be well oiled, it was likely to be as dry as my tongue.

On Thanksgiving Day after a long walk I broke down and found an open grocery store and brought home enough hydration to get through the rest of the weekend for myself and the teens.  To my teens delight I even found Cheer Wine, a delicacy hard to enjoy when outside the Carolinas.  But when I got home I saw the trepidation in my teens eyes.  I asked what's wrong?  Apparently Ms. Dink had been seen with Brussel Sprouts!  Brussel sprouts ain't for Thanksgiving!  My daughter mumbled "I just want the regular Thanksgiving stuff like turkey and potatoes and green beans..... I don't want anything organic." 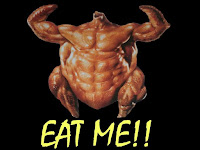 Thankfully the meal ended up OK.  Ms. Dink basted the turkey in garlic butter and it was fine.  The brussel sprouts ended up as a salad which I tasted and survived.  Dessert, OK as well; though I have to admit enjoying the frustration Ms. Dink exhibited after thrice failing at her home made chocolate tart dough; not understanding the concept of flouring the table to roll your crust.

I know I'm a jerk, but when you can't watch the State-UNC game you take entertainment where you can get it.

Friday, I did convince the group to go out and see a live college basketball game which gave me the opportunity to load up on needed sustenance from the vegetable, starch, and processed cheese food groups with a large popcorn and nachos and cheese from the concessions stand.  For a moment I felt like a married man again!

Oh speaking of married.  Over dinner the married Dink's asked about Christmas.  They were looking into treating each other to a spa weekend in Sonoma and asked what we were doing.  Shannon and I mentioned that we were considering buying for one another a sexy stainless steel refrigerator washing machine combo!  Yes the contrast is pervasive.

Oh well, I'm not such a good house guess myself.  I don't start drinking until 5 pm and I don't know when or why you would use a 5 wood vs a long iron.  Anyway, I gleefully made everyone stay to the last second of my favorite college rivalry game, merrily watching to the bitter end Big State U's gazilianth straight #ss kicking of Pompous Preppy U.

And now I'm home and comfortable and glad I don't have to venture back into the desert until well after the rainy season.  I'm sure the Dink's were happy when we left, able to get back to their novels, golf game, and aroma therapy.

Posted by Ryan Beaumont at 9:48 PM

Oh Ryan... you make me so happy I don't have to travel for Thanksgiving and stay in someone else's home! What a travail! Glad you make it back mostly unscathed and made me giggle about your adventures.

Compared to many other watches out there Panerai watches are simple, but the devil is in the polish and the details. The refined designs are flattering to the wearer and function well as timepieces. Replica Panerai watches smooth sides of the square Santos are enhanced by screws on the rubber coated black bezel and on the segmented rubber strap.My personal favorite line in the Replica Panerai Watches collection is the Santos. The Replica Panerai Watches100 XL is their larger version of the watch, the standard model is a bit small for my tastes.In a route one way, this influence makes a lot of sense - the purpose of both sets of images is to create striking pictures that put Valentino handbags in the centre.