It's FFF Time!
Head Over to Three Spelling Mistakes
and Join In!
It's One Big Melting Pot of Joy

I am so happy Tom chose this picture.  I had been thinking about a MLK Day post and had a certain message in mind.  I think I can put my message within the framework on a story at much less effort which is always preferable by me!  So thanks Tom!

As a Haverford College girl I prided myself on being of a liberal mind.  As a Poli Sci major I intended on using that liberalism to help create a more harmonious world.  I always felt being open minded to new things, new cultures, new experiences was a pathway to learning and understanding.  Back then I felt just thinking that was all I needed to do to have an open mind.  But how do you really come to be open minded or to be truly cognizant of multiculturalism?  All thoughts I didn't think I really needed to ponder since my liberalism gave me the key to social understanding; or so I thought.

As a young girl I always found myself a little attracted to African American men.  Men like Sidney Poitier and Nat King Cole were so stylish and handsome.  While my dad was always watching sports, I was watching Muhammad Ali or Dr. J and wondered what it would be like to be with them.  I was oh so excited that my first foray into politics was helping out on the Doug Wilder campaign back in '89.  I was so proud my state elected the first African American governor and wow was he so suave and debonair!

I was so proud of myself to be so accepting and good at recognizing the achievements of another people.  But my school had only a few "men of color" so until college this was only a girl's fantasy.

But it wasn't until fantasy became reality that I truly understood what it meant to understand.  It was the summer of '91 that I met Van.  He was everything that I had admired in "black men."  He was sleek, stylish, and chiseled with muscular angles.  He had graduated from Temple the year before and was a standout safety on the football team.  I learned that he had gotten more than a few looks from the NFL.  But he had decided to forgo sports and was now at Penn working on a graduate degree in Folk Literature.

I wish I could say my first attraction to Van was his mind but I'll admit that wonderful body was something I longed for immediately.  I'm not sure if it was due to his gentility or the maturity of his age but even as I was so forward with my desires he chose to spend that first night talking about his theories of Atticus Finch as more simply an advocate of decency than a hero.  I guess it was his nonchalance about sex, his brilliance of literary analysis, along with his charm and physique that made me want him all the more.

I guess I finally passed the depth test and we did end up sleeping together.  I think I did wonder, as his clothes dropped to the floor, about the urban legends about the sexual appetite and prowess of African American men.  But looking back I now can only remember the experience of being with the sweetest most tender man I have ever known.  I think now I have to say Van was not the most energetic or most passionate man I've ever been with.  He was, though, the most emotionally connected man I ever slept with.  One night, as we intertwined sex with discussions of the beautiful melancholy of Mayo Angelou's imagery, Van cried.  I'm not sure if it was the discussion of literature or our relationship that brought him to cheers.  Perhaps it didn't matter as we shared both at that moment.

Later that night in the throws of passion Van rose up above me.  The moonlight cascaded through the window and onto his chest.  The beads of sweat upon his chest glimmered as sheets of that refracted moon-glow burst towards my eyes as a white brilliance.  I lay in darkness below within the shadows under that brilliant dazzling light.  It was then that I realized that the white and angelic image the moon's light revealed in Van's body next to the darkness of mine in the absence of light no more defined our being than the reality in the pale of my skin tone and the darkness of his revealed in the light of day.

Soon I didn't look at him as a black man with a gorgeous body.  I looked at him for who he was, a tendered hearted soul who was more emotionally engaged than anyone I had ever known.  I had such lofty images when I heard Martin Luther King, Jr. mention "judging men by the content of their character rather than the color of their skin."  I thought it was only in epoch moments that we saw such content.  Little did I know that content of character is actually found in tender simple moments between people who no longer see the need to see the images that the day or night light reveals.

I wish I could say I held onto Van.  I'm not really sure why we broke up now.  I guess I got involved in my missions and he decided he wanted to visit Europe and do post-doc work at the Sorbonne.

But I'll always adore the time with him and the experience of coming to understand what I know, what I don't know, and what I should probably just not worry about. 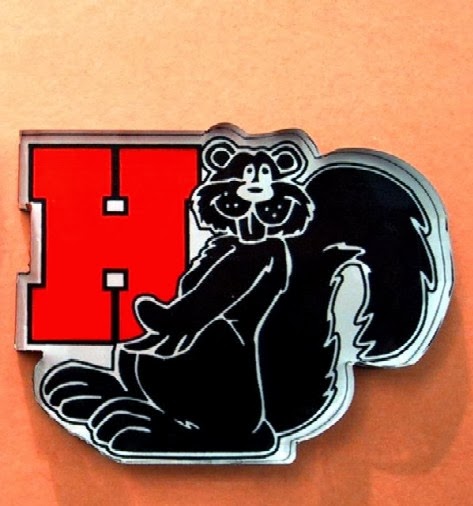 I must admit I have no idea how many words I used today but don't you think those that have a dream often are not bounded by rules!  :)

Hope you had a great MLK weekend.  We are still freezing here!

And also, did you know that Haverford College is the only school that uses the Black Squirrel as a mascot!  The things you learn while blogging!

Posted by Ryan Beaumont at 8:39 AM

These two felt so real to me. I'm glad you let us get to know them a little.

You write so well from inside a college girl's head! It is so real it's easy to lose sight of the fact you are channeling! So fun FFFing with you.