Or Are Women Smarter?

Are women smarter, a very good question.  Yes or no I certainly know they think about stuff way more than guys.  And of all things they think about they seem to think about guys more than anything.  I guess it may be for that reason that I often find myself primarily writing for women on this blog.  I guess early on one of the things I wanted this blog to be was a portal into the mind of the typical male, a peeling back of the skull and a peak into the muck and simple shallowness of the average male.  Call it pandering but I thought it might be my public service to the world.

Because I so shamelessly pander to women I am of course going to say women are smarter!  Facts bear this out though, women outnumber men in college; women now outnumber men in Doctoral degrees granted.  While women still fall behind in corporate boardrooms and politics they will surely catch up and surpass men in the coming decades as "Millineal" women continue to outpace their male generational counterparts.  In fact they are the only one's getting anything done in Washington.  Harry Reid, Mitch McConnell, Ted Cruz - a bunch of self serving, egotistical, curmudgeonly jerks.  Need to get something done?  Put Patty Murray, Kirsten Gillibrand, Lisa Murkowski, or Susan Collins on it; blue or red, they'll cut through the bull *hit.  Probably because they actually think about stuff.

But I do have to say to women, with all this intellect why do you spend so much time fooling around with us guys.  You could be getting us to do so much more with a lot less effort!

As a guy I have to admit I'm almost constantly thinking about women.  It's not that I can't get my job done or pay the bills, it's just that whenever I get a free moment my eyes wander and think about the possibilities at hand.  Now as Chris Rock once said "men are as faithful as their options."  In my case options are usually just not there.  Maybe not because I couldn't but rather that I shouldn't for some professional or community related reason.  I guess looking at it from that standpoint options are not conveniently "there."

That being said a guy always has his dreams!

I like confident and gorgeous women because they make us do things that we might not otherwise be willing to do.  Take Tom Brady for instance.  He is one of the best football players in the NFL.  He can do anything, be anything that he wants. And, of course, probably have any woman he wants.  My guess is that wearing shaggy hair and silly dancing at the World Cup is not a natural choice for him.  But then again he gets to have sex with Giselle Bundchen and apparently she likes that.  If a guy has to grow out his hair a bit and dance like a fool in order to have sex with a Giselle Bundchen most guys are going to say so be it!  However it leads me to a philosophical question, what came first the sex or the dorky hair.  Sure a girl like Giselle is turned on by your willingness to have dorky hair for her but if you have dorky hair do you get to screw her in the first place.  See the parables my pursuits of women drive me too!

Which gets me to this age old debate over Dom and Sub.  My opinion is that we (guys) are really just glorified "subs."  We might be on top or behind or yelling out orders but aren't we really just doing what the lady is letting us do?  See - subs, just like Tom up there!

Anyway, I'm all over the place today already.  What was I originally talking about?  Oh yeah, are women smarter?  Well, yes they are but too often they overthink it all!

So I have three parables today about women and men all of which illustrate the paradox of relationships, who is smarter, and who is in control therein between the two sexes.

1.  Model Can't Find a Date - Apparently British lingerie model Lucy Harrold can't find a date.  In fact she can barely get men to talk to her.  As a result she has partnered with an entrepreneur to set up a website for beautiful women in her hometown of Birmingham, England.  As a woman she is obviously burdened by this conundrum.

Now is that really necessary?  Is she over-thinking it all?

Whether she is looking for a jock or a brainy geek, what it takes to get a man can be answered in three simple questions on a profile.

*     I am willing to have sex after a reasonable amount of effort (not to exceed three dates or two weeks, whichever comes first)?     YES

*     I won't ask any relationship questions within the first three weeks and never within 2 hours of sex?     YES

*     I am willing to allow for at least 10+ hours of "preferred guy-activity" (including golf, watching the NFL, computer games, Astrophysics, comic-con, etc)?    YES
^  note - I've listed a willingness to embrace jock or geek-like activities.

Answer yes to these questions, or let's be real probably just answer yes to the bonus question and you can have the first guy you run into on any street anywhere in the world, or certainly in my humble town!

So the parable here is:  we're guys, use the KISS method (simple and stupid).  And once you have us we're like puppies; feed us, pet us, talk cute to us and we'll trot around you as much as you like.  Sure, we might pee on the floor on occasion but hopefully you get the point!  :)

2.  Lucy Could Only be Female - Have you seen that new movie about the woman who mistakenly takes a bunch of drugs and gets real smart?  The tagline for the movie is "most people only use 10% of their brain, today she will hit 100%."  Now think about that for a moment.  Done?  I'm still thinking, I only have 10% brain capacity for Christ sakes you know!  OK, now I'm done.  So with 100% brain capacity Lucy states "I feel everything.  Space, the air, the vibrations, the people, I can feel gravity, I can feel the rotation of the Earth, the heat leaving my body, the blood in my veins.  I can feel my brain...."  She goes on to say "I can start to control other people's bodies..."  Wait stop the press.  Yes, given that, Lucy could only be female.  As a female Lucy (ScarJo) explores the space-time continuum, helps law enforcement issues, aides in cellular research that illuminates the evolution and connectedness of the universe.

So now let's think about Lucy as a guy.  Well this would be kind of like that Jerry Maguire scene where the girl says "you had me at hello."  Except here, as a guy, you would have me at "control other people's (women's) bodies."  Yes if Ryan (as with most guys I presume) had 100% brain capacity it is possible he might consider his ability to affect the space time continuum for a few seconds until he figured out a way to get unlimited free BBQ and Ben's Chili Bowl Chili in a skybox at a Nats game while getting a blowjob from Giselle.  Oh and of course she would be wearing a meat bikini.  See that's the difference between men and women.  Give us a super-power and we'll use it for our own ends!  And our own ends are usually for no good for us or anyone else.

With the ability to control the elements women will feed hungry children, men will look through the walls of the women's locker room.  Oh men may figure out a way to shoot a low-60's round of golf but really that would be just a way to attract and hook up with one of those hot women golfers.  Bring peace to the Middle East?  A woman would use those super-powers to achieve that end.  A dude might do it too if it got him a shot at one of those hot Bollywood actresses!  I'm not sure if solving the Palestinian crisis would resonate with a hot Bollywood actress considering they are in India but a guy wouldn't make that connection anyway.  A woman might use her powers to bring water to the thirsty parched areas of the Earth, a dude would figure out a way to use water to wash away a super-models dress. 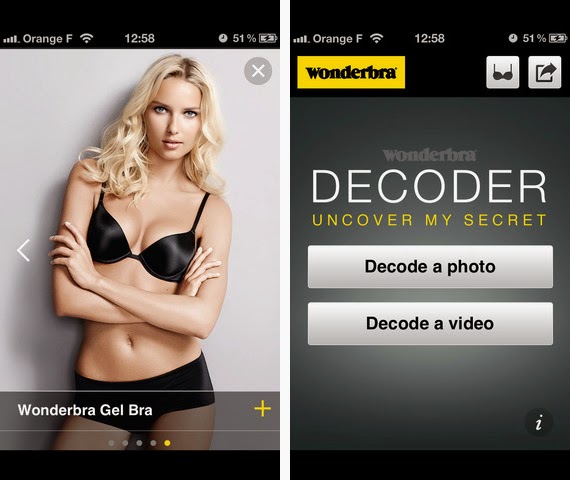 Now that I think about it, if a guy had 100% brain power he'd do something like invent an Ap that allows you to see through women's cloths.  Oh, that's ridiculous you say!  You think?  Well just read this!

Yes never underestimate our endless desire to figure out ways to get past that dress.


3.  Slave Ryan at Cross Fit - I don't know if there is much of a lesson here.  But on occasion I allow myself to get talked into joining those ridiculously hard cross-fit classes.  Now I do this why?  Because I'm concerned with my cardiovascular health? I want to get buff?  It's a great way to pass the time?

Hell no!  It's because the cute fitness instructor asks me.  Simple.  Well she smiles too and says she missed me last week.  Enough said, I'm now putty in her hand to be shaped as she wishes. 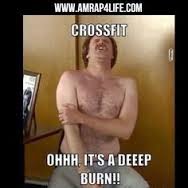 Of course 5 minutes in I am thinking, why on Earth am I doing this?  And then I look up amid desperate gasps of breath and realize why.  Miss Fitness is doing all this stuff with us and I am absolutely in awe that a human can do burpees, Hindu push-ups, and crunches while maintaining a perky personality and looking gorgeous.  Yes, I am Miss Fitness' slave and I'm OK with that, I'll do anything she asks of me because.... well,...... she's hot, she smiled at me, and said she wanted to spend an hour with me.  Now, of course she is also spending an hour with 10 other desperately sweaty gasping folks but in my mind I am special.

I'd like to figure out some more funny things to say about this but it's late and I'm tired.  I think the point here is ladies just smile, be cute, be flirty, and you can get us to do just about anything; even 20 burpees followed by 20 Hindu push ups, followed by 100 crunches.  Jesus if you can do that with a smile you certainly don't need a social media site or Super Powers!   :)


Well enough for today, hopefully these parables bring some clarity to the male-female dynamic.

For now I'll just leave you with the one of those hot mommies I just can't help but love, bring it Brittany!  Of course this song sucks and of course I hate "club music" but I also know women love to dance and listen to dance music so as long as you insist on being that hot I'll listen and dance along because after all I'm just a guy!  :)

Hiya Ryan! Thanks for writing for women! That inlcudes me! Though I must admit it was a little scary to peek into a man's brain, it makes so much more sense now! I can't be cute, but I'll smile and flirt and... whee!