Sometimes things end abruptly and spectacularly, like Evil Knieval's last jump. Sometimes they just fade away over an excruciatingly and unnecessarily long time, like a Rick Perry Presidential candidacy.  Sometimes they just end with little fanfare and we just move on.  The other day our XM Radio subscription was due on the car I generally drive.  We have some added expenses this fall and it just seemed as if it was a cost we could stand to avoid.  And so one day last week the XM radio music just ended.  I spent the rest of the week brooding that once again Ryan was the one forgoing something he enjoys for the betterment of the family.  While it may seem like a little thing on the surface, quite literally, a majority of my posts are shaped by the very music that hits me at a certain moment, or rather mood, as I drive to work, drive home, drive to meet Sandee, or just drive.  Now the fuel that so often drove this blog had just run dry and yes with little fanfare or so it seemed. 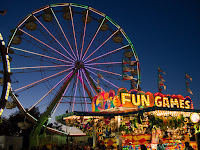 Walking up to the tractor pull I heard a country song I like and have not heard for some time.  I have not heard it because I now so often listen to XM radio.  It reminded me of those years gone by when I listened to terrestrial radio and a local Classic Country station was one of my favorites.

The song goes "the way I feel I should be losing my mind, but all things considered... I'm doing just fine."

Yep, we are entering the most stressful time of year in my life.  Work is at a peak in terms of volume with so many projects coming to head and the busy season ready to jump off at full steam.  The girls are starting school and, as is always the case, I'm in flux as to what to do with Shannon and Sandee.

That song reminded me of an easier time and in the moment I was happy.

I thought of blogging later that night as I watched the demolition derby.  It's at these times I tend to get ideas, seeing crazy sights, silly people.  Most days now blogging seems like such a chore, homework if you will.  Every time I think about it I say it's time to stop.  And then at moments such as this an idea hits me and I know I'll have to write about it.  Blogging is homework too often for me now.  The end is nigh but for now I still have a few more posts in me. 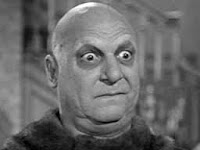 As I look upon the silliness of the Demolition Derby I think about the silly games in our lives and want to write Old flame posts or posts about Ashley Madison theories, those things still tickle my fancy.  One reason I thought about my last "Old Flames" post about Jules is that I was going to see her at a reunion of sorts.  I got an e-vite from Jules a few weeks ago for an annual BBQ she and her husband were hosting.  It was on the last free weekend night of the summer so I told her we would be there.  It ended up being a great party.  There were lots of kids so my daughters enjoyed it.  Shannon was happy because there was Sangria.  I was happy because there were a lot of old friends.  I didn't get to talk to Jules very much.  In fact I spent more time talking to her husband.  I've always like him, he is a great guy, she is lucky.  But he is VERY lucky because Jules is still really good looking and he looks like Uncle Fester.  I thought about Jules a lot.  In some since I think there is an alternative Universe where I'm with her and happy.  But I also know me and I'm restless and picky.  She is cute and sweet, absolutely nothing wrong with her; everything is OK.  Your average husband would count himself lucky to have a wife as attractive as Jules.  But I guess nothing is spectacular or jaw dropping and I always was attracted to spectacular, even when it got in the way of getting laid quite often. 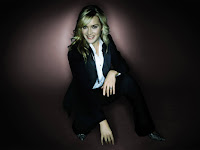 Among my old college friends this night Shannon was spectacular.  She is that Jennifer Anniston who really truly looks better in her 40's than she did in college.  That's usually magazine *ullshit to get women to buy magazines but for some women like Shannon it's true.  I know you ladies out there are thinking I'm an ass, that I'm being irreverent; but this is one of those stream of consciousness posts where I have to get some stuff out.  The really ironic thing is that all these female college friends of mine got their degrees from Big State U, just like me.  Big State U is one of the top public universities in the country.  Yet Shannon, this startlingly attractive women with a Liberal Arts degree from Regional Public (@ Hyphen) University, is out-earning all of us.  Most of my female friends from college are "stay at home mom's."  Shannon seemed not only attractive and alluring but ultra powerful in that moment.  Just the other day a mom outside of dance asked me where she was this week.  I started to say Dallas but remembered that was last week.  I couldn't remember where she was Philly? Boston? Oh right.... Charlotte.  Simply put, she is that fatal attraction that I can't quit pursuing.  We don't get along but we have pushed each other to great heights.  Everyone was very happy we came and insisted we come back soon.  I have to add that the next day Jules wrote to me on Facebook and told me how all the boys wanted to know about the cute little blond girl (my youngest) who was beating them at basketball.  Yes she is my little Shannon, already making the boys suffer.

Yet there is still the one woman that threads the needle.  Yes I still see Sandee, albeit more as friends than lovers.  She is as sweet as Jules and a beautiful as Shannon.  I wish I could let go and fall to her.  Her husband has left for a job out of state for an undefined amount of time.  They are selling their house.  This is the time.  She may leave him or she may go to him.  I think she would like to stay here and have me sweep her away but she dares not ask.  I think she knows the obligation I feel to my daughters and perhaps senses the bewitching spell Shannon holds over me.  I know I could be happy with her, I'm just not sure I can break free.

Speaking of my girls, I continue to be amazed that people I've helped to raise can be so exceptional.  I know that is typical parent talk but when your daughter is asked to participate in one of the top 5 of something in the entire country you stop and wonder how did this happen.  Is she really that good?  Do I need to do more to facilitate and support her or should I just get out of the way and not screw it up.  Would I let her go off to study her passion in a town half way across the country?  Thankfully, she realized she was not ready to leave mom and dad so we postponed the inevitable for now.

Which brings me back to the blog.  So much life to live.  So much of my life I've told.  So much of my life being lived over and over.  Only so many times you can tell the same story before it becomes old.  How much more do you want to read.  Seems like what I go through on a daily basis is so much monotony that it's hardly worth the effort, particularly when it feels like homework.

Work?  Omg, I could never have imagined I would be doing the things I'm doing daily.  Or perhaps even more unbelievable that people in high places would be looking to me for answers.  It's truly a "be careful what you wish for" deal.  Every day I'm pushed to my mental capacity and that is a great thing.  But it's been some time since I questioned my abilities.  I'll push through, I'm persistent that way but the high of not being quite sure is a rush in itself.  Perhaps the thirst for success on new fields is what replaces the high of blogging or Ashley Madison.

Oh yeah, Ashley Madison Status!  A lot of bad stuff is going down for old Ashley Madison isn't it.  I suppose I should write about that, right?  That would be something interesting, not homework.  I'll probably do that.  Yep, my e-mail was "outed" according to a link.

The ironic thing is I checked my e-mail when I saw Renee share a link on Facebook.  Her post stated "stop messin' around!"  Ironic that it was her that led me to think about what could be out there.  She did the noble thing though and got a divorce and now she is happy with a new guy.

Here is where you can check to see if your e-mail was listed.  I sure am glad I took Riff's advise and got a secret "naughty stuff-only" e-mail address!

Funny thing I saw another Facebook post today that caught my eye.  A lady from my neighborhood posted that she was traveling to Europe to hike the Alps.  She said it would be the closest she could get to God without flying.  She went on to say that she was a sinner and that hopefully she will return home a better person for doing it.  I wrote about her once,  I saw her on Ashley Madison.  She sent me her picture, thankfully I didn't send her mine.  For two years I've know she was there.  I've seen her, her husband, and her family knowing that she is on Ashley Madison.  I certainly never confronted her.  Who am I to cast a stone and I was certainly glad I preserved my anonymity. 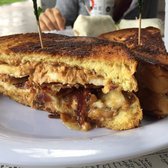 Yesh, all this just makes me want to write about food.  Which brings me to our last trip of the summer back to Miami.  I've told you about Puerto Sagua now let me tell you very briefly about my other now favorite restaurant in Miami, the Daily Creative Food Company!  Best omelets and pancakes in the world no doubt (get the Cuban with chorizo, peppers, onions, and black beans)!  But if you dare, order the Elvis - peanut butter, banana, local organic honey, and maple cured bacon on Texas Toast!

Well sorry to have such a pity party today for Ryan, things really aren't that bad.  You know I've been reconnecting with that old Classic Country radio station I used to love.  Yesterday I was in such a rush and then "Gentle on My Mind" (Glenn Campbell) played and I felt fine.  This morning I was driving in to check on work and I remembered that on Saturday and Sunday morning the station plays bluegrass.  The next song was the Del McCoury Band playing "Sweet Appalachia."  It almost brought a tear to my eye and I remembered seeing Del McCoury at the West Virginia State Fair so many years ago and I was at peace.   I guess when you really think about it -

Ryan! You know I want to read more! Sorry it feels like homework but days you consider mundane are full of so many fun Ryan-thoughts and connections and music and... I hope you will keep on whenever you can. I want there to be something that keeps you from working all the blasted-time! Mwah!