I Will Play for Gumbo

So for starters lets say:


There are lot's of recipes one can talk about that evoke images of Mardi Gras festivities that range from Cajun to Creole to even Caribbean, Floribbean, Texan, or even Low-Country Carolinian.

The one dish that really does bind them all together is the quintessential Louisianan and really, in essence, American dish - Gumbo.  Gumbo is Democratic in that it is served by rich and poor and enjoyed by young and old.  It is diplomatic in that it incorporates all the rich cultures that influenced the south including African American, Native American, French, and Spanish.  It is literally and figuratively the "melting pot" of American cuisine.

Wiki defines Gumbo as "a stew that originated in Southern Louisiana during the 18th century.  It consists of a strongly-flavored stock, meat or shellfish, a thickener, and the Cajun 'holy trinity' of vegetables (celery, bell peppers, and onions)."  The name itself, Gumbo, is likely to be a mongrilized combination of the Bantu African word for okra (ki ngombo)  and the Choctaw word for file (kombo).  It is either or both okra (brought over from Africa) and/or (Gumbo) file (ground leaves of the sassafras tree) that is used to thicken Gumbo, hence the mixing of cultures to bind it together.

And those base ingredients and recipe that bind Gumbo create the binding affect Gumbo has on us. The base roux is created by combining whatever fat one has available with flour.  If you were poor (Cajun) it may have been leftover sausage fat, if you were rich (Creole) it may be a creamy butter. The style of preparation is influenced by classic French, such as a bouillabaisse, and yet the combination with rice hearkens somewhat to Spanish paella.

Here is a wonderful little history of Gumbo if you wish to read further (and more informatively)!  It is written by Mr. Stanley Dry.

But all that is just talk, I'd rather eat!  There are so many ways to prepare Gumbo and none is really best or just right but I have to steal a recipe from somewhere so I guess I may as well steal one from a favorite restaurant.  If you are ever touring the Gulf Coast make sure you venture over to the Mississippi side of the river and visit Mary Mahoney's Old French House restaurant in Biloxi, MS. You'll enjoy the visit!  If you go make sure to speak to Bobby and ask him to tell you a joke. 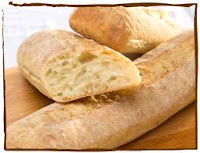 And if that gumbo sounds good make sure you have some great music to accompany!  Here is a fun little song by the Mississippi Gulf Coast's favorite son that sounds just right!

As Jimmy says Gumbo is -


"good for the body, good for the soul; it's a little like religion and a lot like SEX!  You should never know when you're gonna get it next!

At midnight in the quarter or noon in Thibadeaux,
I will play for Gumbo!"

I loooove me some gumbo! My mouth is watering just thinking about it--obviously it has been far too long since I've made it.

I use green peppers. No tomatoes, but I might try that next time. I also have this filé (a perk from knowing someone who managed a restaurant that made some amazing gumbo), it has spices added to it, which I'm in love with.

Anyway... I will be thinking about all those people having great fun and eating great food while I'm stuck in a foot of snow. Perhaps a drink (or three) will ease my sorrows. ;)

Mmm... your food posts are so yummy! *drool... gumbo. I do adore a good one. Like sex or pizza, all good in one way or another. I have to live with what they serve at The Border Cafe, but it's good enough to give me some idea what you're talking about!