Crazy but that's How it Goes 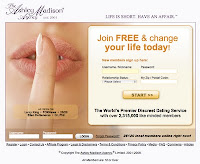 WASHINGTON - After a brief meeting today with Republican Front Runner Donald Trump, National Committee Chairman Reince Priebus is reporting that an agreement between Trump and Senator Ted Cruz has been reached to work together in forming a unity ticket to combat the Democrats in November.  Priebus is privately telling donors now that Ashley Madison has helped broker a deal to bring the two candidates together with a proposition nobody could pass up.  One RNC staffer reporting anonymously stated "no organization is better at finding a way to bring satisfaction to frustrated people like AM and they are just the recipe we needed." Top officials from the Trump camp have reported that "the Donald" has agreed to work through Ashley Madison, the married dating social matching site, to swap wives in order for Lying Ted to agree to be the VP.  As a Trump top advisor was quoted "if you can't get what you want from your first ballot source Ashley Madison surely can find where you can get some from another source."

Speaking after the meeting with RNC top brass "the Donald" stated "Heidi Cruz is going to love me.  I do great things for women, women always love me.  Heidi used to work at Goldman and at the US Treasury.  She was part of the Bush plan to bail out the banks which nobody likes now and I said we shouldn't do it but women who do bail out banks love me because you can always get off on going short on my investments and I hear Heidi likes to go short.  She is obviously not as hot as Melania or else she would be my wife instead of Ted's but after a few weekends in Mar-a-Lago she'll be fine.  And this way Ted will find out what he's been missing along with knowing he's missing out on the Presidency." 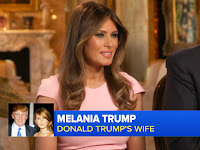 Senator Cruz replied when questioned about the deal "we are one failed relationship away from a third Clinton-Obama Presidency which would cast the world into a seeping cauldron of neo-socialist, gun stealing, anti-Christian, Sharia Law loving, anit-Constitutionalism.  Conservative Principles and prayerful consideration drive me to this decision and you know what; bangin' Melania ain't exactly a bad consolation prize if you know what I mean!" 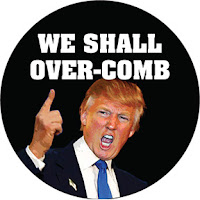 Ohio Governor John Kasich nonplussed by the deal stated "they don't need me to help them lose their wives, I don't need them to win the election.  But really, my wife ain't that bad either; can't they wait 'til the convention at least before they do a meet and greet or sleepover!  You know my wife, Karen, is a common sense conservative trophy wife from Ohio.  I didn't have to go to Europe or come into the US to get my better half!" 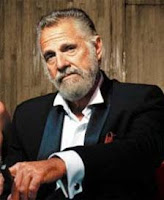 On other issues of importance the Donald announced another important addition to his growing team of national and international policy experts.  Trump stated "now that the Most Interesting Man in the World has finished his commitments with Dos Equis he is going to lead my world policy team so that I'll know all the most interesting things about stuff that happens outside of Trump properties."  The world's most interesting man joins other Trump top advisers including Omarosa (Chief of Staff), Judge Judy (Attorney General and Chief of Suing People), Hulk Hogan (defense and bad ass-ness), Willie Robertson and the Duck Dynasty Family (team Education), Tom Bergeron (Ambassador to Countries that Dance a lot), Jeff Probst (Secretary of Surviving Congress), Chris Harris (Chief of Making People Happy), Flo from Progressive (Homeland Security), Lily the Cell Phone Commercial Girl (Technology Czar), Dora the Explorer (UN Ambassador) and of course Sarah Palin (Energy and Mental Health), Governor Chris Christie (Director of Bridges and Infrastructure), Dr. Ben Carson (Surgeon General), and Lucius Malfoy (Director of Witchcraft and Magical Beasts). For some crazy reason I can't pull up any good Crazy Train videos directly through Blogger so here are some cut and paste links below:

Woohoo! You nailed it! So many giggles and guffaws! Hee hee hee. Though with the way this campaign has been going, it's freaky how easy it is to believe all this!

Woohoo! You nailed it! So many giggles and guffaws! Hee hee hee. Though with the way this campaign has been going, it's freaky how easy it is to believe all this!