You know if you are ever in a funk about what to write about crank up some Swedish electro-pop; it always yields perspective!

I really like this song for some reason, it landed exactly where the Icono Pop girls asked Swedish producer Style of Eye to put it.  The girls asked their producer this of the song, "we want the punkiness; we want the '*uck it' feel." That's exactly what they got in this Milleneal requiem to Anarchy in the UK, albeit Icelandic in origin.

You know DC is a wonderful city full of parks, culture, out of the way pubs and bistros.  For such a big city I'm always in awe of how you can almost get "off the grid" inside some park along a meandering stream even when you are inside the Beltway.  And yet this town is known for unrealized lines of demarcation that mask sudden and drastic changes in lifestyle.  One minute you can be on Capitol Hill and the next in Capital Heights, which can be quite dangerous.  Both of course! On the Hill a bunch of old people in suits are busy *ucking you over slowly and silently; in the Heights they are a little more up front and candid.  But it's true, as one moves a few blocks to the East and South away from those iconic monuments dangers can be quite real.  Yet, my dad (who has lived in the district) has told me how peaceful many of those dangerous neighborhoods can be at daybreak as streets that are violent at 2 in the morning become vacant ghost towns.  The bottom line is often the border between reality and fiction, safety and danger, adventurous and egregious is thin and far from ubiquitous. 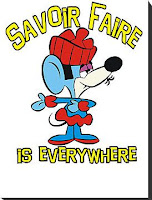 Speaking of Milleneals and a certain Swedish "*uck it" attitude, I had some interesting interactions on AM in the weeks after communicating with Sunny; interactions that tested my "savoir faire," so to speak.

One thing I quickly noticed after logging back into AM in the fall was the prevalence of young ladies blinking at me.  Well, that wasn't anything new, in the past when I logged in after being off a few weeks it was typical for some "online host" to wink at me.  I learned to ignore them.  But all of a sudden I was getting Ash Mad e-mail notifications on my "mischief e-mail" from strange ladies, ladies with names like jucee20(at)yayhoodot and candi4Uatgmale.  Of course my learned tendency has been to ignore the fact that a 24 year old girl named Jucee "has added me to her favorites."  That being said I'm always curious and I'll admit I always look at their profile.  Who knows, it may lead to a blog thought?  But on several successive occasions my 20 something Millineal admirer went "poof" before I could even consider writer to her.  This went on a few days, I didn't think much of it.  But when one night I got a note from suzEcums4U_gmail and literally within 10 seconds her profile was gone I had one of those curious "hmmmm" moments.

Of course you know me, I then logged off and went to bed.

Oh, if that could only be the case.

No, curiosity got to Ryan and of course I sent a note to SuzE's gmail and just for good measure sent one to Jucee20, Candi, and a few others on the thought that perhaps that AM profile name was in fact their e-mail address.

Amazingly over the next few days I realized these new girls really liked my writing style, they all wrote me back; I had never had so much luck on AM!

All these girls seemed so down to Earth, so interested in me, and so very cool.  Sure this was probably a scam, but I was willing to play along for a little while just to see what street we were heading down.  I, of course, had been on streets similar to this in the past.  It was all good, right?  I mean, this is all coming off of AM and AM is for silly swingers like Ryan, Kat, Sassy, Lapsed Catholic Wife, etc. you know.  This is all for fun and games you know.  For Science as I've written in the past.

Daniella was a layed back girl with an MBA from Cal State Monterrey Bay who enjoyed Dolly Parton and walks along the beach and a little Pinot every now and again but really just wanted a guy with a sense of humor to love and be loved by.  And DANG, she was gorgeous in that form fitting dress!


Then there was Kris who was always positive, humorous, understanding, silly and oh by the way submissive and wanted a guy who took control.  She wanted "to be a lady in the street and a freak in the bed," seems like a poet I saw once said that.  She had studied abroad at University College in Dublin, but now lived in Arizona and she always seemed to be attached to some frothy boat drink.  She looked cute and perky and always had the nicest smile.  Kris was the most demure and was not so quick to show her tits to just anybody.


Then there was Alison.  Alison all of a sudden lived in my town.  Alison was like the folks in Capital Heights, very candid.  Alison just plain old wanted to *uck and wanted to know if I could meet tonight.  Well, this after we discussed my education and philosophy on how government oversight can influence market driven solutions to green policy and reduce ozone depleting emissions.  Well maybe we didn't talk about that but I don't want Alison to sound like a slut, it did take about 8 notes before she sent me a nude picture and the request for a quick meet and greet downtown.

Then there was sweet Karen, a mute hairdresser from Lampassa, TX who now lived in Springfield, IL.  For some reason she must be the only person in Springfield, IL who has not heard of Cozy Dog.  Yeah that's the sucky thing about trying to scam Ryan, I've eaten everywhere so I'll know if you don't live somewhere by the restaurants you don't know about.  I'm also hard to keep on message.  But I really liked Karen.  I genuinely felt bad when she cussed me out for asking if we could skype, forgetting that she was mute and didn't know sign language and thus could not communicate via skype.  I'm so unfeeling!  I actually found Karen on Facebook, My Space, and some other sites.  She seemed somewhat real.

Then, I got a new (CRAZY) idea.  I wanted to interview one of these ladies, perhaps help them along and find out what was behind these profiles and photos.  Sure they were scammers in some way but perhaps they had a story.  And, of course, I had a blog forum to help them towards fame.  :)

There were others of course; Diana (from South Africa), Fiona (who looked dangerously young, I didn't reply), Jane (who looked a lot like Aspen Rae), Fibbi who was VERY hot and generous with her nude photos, and Ashley who I found very interesting.  I would love to show you Fibbi au natural but this is a family oriented infidelity blog you know!  :)

Of course mystery is best fostered when you don't ask questions.  However, in an age when altered reality is so easy to join and so immersive, the truth is evasive but the NON truth is so easy to attain.  For example click on one of those pictures one of those lovely ladies sends and hit "search google image."  Voila, il y a la verite!

None of my girls seemed interested in an interview.  None wanted to tell me what their dreams and aspirations where, or where they wanted their life to go.

Of course I knew all along that these girls were scammers and I do know that the post modern answer to the peep show is the web cam girl.  But again, remember this all came for Ashley Madison.  Not directly, certainly not a linear path, but somewhat congruent none-the-less if not hidden underground as if a silent underground stream.

For some reason Ashley and Karen were still a curiosity to me.  Karen was always polite, though cryptic and never made any offers.  Ashley was just plain cute and sexy and for some reason looked familiar.  So I continued to write and investigate.

As of this writing I still get no more from Karen than, "how's it going?"  I did learn that Karen's image was that of Lana Brooks, the ultimate scam girl (most favored by foreign scammers).  Not that Lana is a scam girl but for some reason her images are particularly appealing to scammers.  It must be because she looks oh so "girl next door."

My Ashley I finally found to be Ginger Banks, the Original Library Girl.

But then I realized I had just crossed the block.  I was no longer in my suburban world of bored housewives and slightly overweight ex-jocks whose wives are no longer interested in sex.  I was not a consenting adult in a bad marriage asking another consenting adult in a bad marriage to share some physical gratification.  I was now a middle-aged man "virtually" walking towards the peep show door behind which was a young girl working for tips.  Without knowing I was in a different world even though the street I had originally turned onto said Ashley Madison.

Ashley Madison has always been a bawdy diversion, a little spice to la vie, a risque diversion from the mundane real world.  The concept of MAD (mutually assured destruction) was a crutch of consenting adults that incentivized and excused the behavior.  But just like Pennsylvania Avenue, at some point you've left the Capital District and have crossed over into Anacostia.  There are concentric circles of dark deviancy overlapping into our "justified" deviancy.  That dark deviancy masks a dark reality that young men in Africa are trying to get you to pay for indecent content or some poor college girl is asking you to go to her web cam to get grocery money.  I'd love to help her but for some reason it feels like helping her get a job as a restaurant manager would be better than a tip after a five minute web cam session.

But regardless I now know that while Ashley Madison Ave. may seem to start in NW DC there are unknown lines of demarcation, beyond which you are proverbially in the wrong part of town and about to do things you didn't plan on doing when you first turned onto that street.

As many would say of me -

Posted by Ryan Beaumont at 3:04 PM

Email ThisBlogThis!Share to TwitterShare to FacebookShare to Pinterest
Labels: AM Advice, Scammers

This is a wonderfully written piece quite thought provoking. We have been discussing this and I am so pleased that you have posted. I have due to the people I have met a sense of fondness for Ashley Madison but I also know that there are hidden dangers. Interesting how they are trying to to move away from an adultery site, the home page now does not bare any resemblance to the Ashley Madison I signed up for. An end of an era.

Hey! Thanks for the shout-out Ryan! Silly swinger hmmm? I've been called worse I suppose. Your adventures make me glad I am a woman on AM and only get scammed by the email kings, guilt kings, and notch men!