I Thank the Lord for the People I Have Found 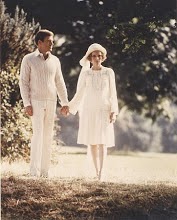 It's My 4th Blogoversary!
I can't believe I've been doing this for 4 years!  I don't even like doing things I enjoy for that long!

Here are previous blogoversary posts:
First Year:  Remember where you came from (or as Stephen Colbert would say re-become the person you never were)
Second Year:  Don't go chasing waterfalls, stick to the rivers and the lakes that your used to...
Third Year:  Why we blog and meeting another blogger

Anyway, the song lyric above is from Elton John's song Mona Lisa and Mad Hatters off the 1972 Honkey Chateau album.  John has mentioned that it is one of his favorite songs and it's one of my favorite songs of his.  I've been meaning to use the song for a post for some time but just needed the right theme.  I almost used it once before for a very personal and emotional post about a year ago.  The song was penned, of course, by Elton John's long time lyricist Bernie Taupin.  Taupin and John created the rather somber toned song as an ode to New York city.  The two country boys were both amazed and awestruck by the city and somewhat scared one night when Taupin heard gunshots near his hotel room.  And yet in the song they rejoice in what the city is and what it is not.  To paraphrase a Rolling Stone critic from the wiki, the song evokes imagery of one's individual paradox of needing people and yet desiring the privacy of aloneness.  That paradox makes a great theme and in fact is the stimulus or simply that little something extra that made Taupin and John such a magical musical pair.

But I guess at these kinds of times, anniversaries of events, we tend to think about questions like "why we do this?"  "Does this make us happy?"  "Should we be doing something else?" "What do we get from all of this?"

In asking those questions it seemed apparent that the tone of that song ringed the true answer. As Elton John and Bernie Taupin make one another better, blogging seems to help us navigate that razor's edge along the paradox between needing people and needing privacy.  It gives us that little something extra in our life. 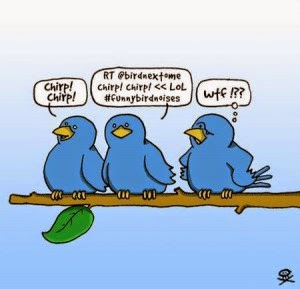 As I thought further I rather thought blogging is somewhat like parallel play in children.  If you have ever been around kids you know that young children (usually 2-3 years of age) often parallel play, a form of play where they are adjacent to but do not try to initially influence one another's behavior.  While playing alone, the child is still quite interested in what the other children are doing.  If quite interested, children will at times be influenced by one another and modify their play accordingly.  Parallel play is an important part of childhood development, it sews the seeds of learning how to deal with one another and will help form foundations for future relationships.  Children are always content at play but often parallel play is the little something extra that makes them happier and helps them grow.

Yes, like that Elton John song and parallel play, blogging is that little thing that makes us smile at the world in spite of all the craziness that surrounds us.  There is just something to it.

Or maybe blogging is just that little something extra that helps us feel good about where we are in life.  Yeah, a little life lagniappe.  In the Cajun/Creole vernacular a lagniappe is a little something extra, something a business might give a customer as appreciation for their business (aka that 13th donut to make a "baker's dozen").  Much like all of Cajun and Southern Louisiana culture, lagniappe is an amalgamation of many influences.  In this case the word is derived from the Spanish word (albeit Andean South American Spanish) la yapa (a free extra item, usually cheap).  In fact the word lagniappe is, in effect, a lagniappe; a little something extra one gets when you fuse a lot of things together.  When we enter the world of blogging an entire world then is fused to our screen and we get the amalgamated sum of those experiences and that gives us that little lagniappe, something extra, that keeps us going, reinforces us, amplifies who we are and fortifies us as we go on our way.

This also reminds me of my Intro to Economics Class at Big State U and how $1 moves through the economy.  Intro to Economics was a real eye opener to me.  It used mathematics which I was good at but it connected to something - making money!  And it used logic and human behavior which I liked.  All of a sudden algebra wasn't just something boring, it helped me decide how to maximize my utility over $10 between porn videos, porn magazines, or a six pack of Old Milwaukee and why my demand for such products was so elastic!  At once I knew what vector I needed to be on in that massive 400 person auditorium listening to the famous Dr. M*****st***, who btw was an Economic advisor to the Nixon administration (just had to throw that out for ego)!  But what we learned that day was that if I buy $1 of something off Kat's blog page, Kat then can take that money and invest it.  If she earns 10% that turns into $1.10.  She can then buy something from Sassy for $1.  The bank in the meantime can lend Ad the $0.10 that Kat left in the bank.  Ad can then buy supplies for his product and sell it to me for $0.50.  Of course, then you are saying Ryan can invest this into venture capital and become a millionaire!?  Hell no, Ad sold me a Larry the Cable Guy "Git R Done" ballcap, I ain't part'in with that!  But you see that $1 ended up becoming $1.10 + interest for Kat, $1 for Sassy, $0.10 + interest for the bank, $0.50 less interest for Ad, and one genuine "Git R Done" ballcap for Ryan.  Our national GDP is somewhere north of $2.50 + a cheap ass redneck hat for Ryan.  See, we all get a little something extra, we all benefit.  I know, you tea partiers are saying "Ryan you are just trying to RAM Obama's socialistic stimulus packages down our throats!"  Well maybe you are right but whether you are Keynesian or Friedman'esque, you realize we all benefit when we work with or alongside one another.  The sum of all transactions ends up greater than the parts.  It gives us a little something extra.

Who knows, I'm really not sure but all that stuff above sounds like a good reason to waste this much time over the past four years!  If nothing else I made a quirky attempt at finding some meaning by threading a Cajun word, a child development concept, economic theory, and a song lyric which I guess has become my little schtick over time.  Not that child development theory is my schtick just trying to tie together random concepts for some type of universal realization in the most inane way possible!

However, if you are trying to take some meaning from this post just understand this, write about sex (WAY more than me) and use a lot of pictures (people like that), and link to other bloggers, and shamelessly slobber affection of famous bloggers (like Kat) so they will mention you, and don't write so often that you get sick of it, and don't ever let it become homework (this is supposed to be fun).

So in conclusion I steal this from Elton and Bernie "I thank the Lord there's people out there like you!"   :)

Email ThisBlogThis!Share to TwitterShare to FacebookShare to Pinterest
Labels: Blogging, Day 1, End of the Beginning

However, if you are trying to take some meaning from this post just understand this, write about sex (WAY more than me) and use a lot of pictures (people like that), and link to other bloggers, and shamelessly slobber affection of famous bloggers (like Kat) so they will mention you, and don't write so often that you get sick of it, and don't ever let it become homework (this is supposed to be fun).

This paragraph was the gem in the pile of tangents. Ah, man ramblings that make you uniquely you. Why I enjoy reading you.
Congrats on 4 years, quite an accomplishment to come back somewhat consistently over that span of time.

So fun sharing the same blogiversary day with you! You make being part of this community a pleasure.

From a very infrequent visitor, congrats on the 4years. Always enjoy your insights when I do read. This post was no exception.

Happy blogoversary darling! I'm grateful for your blog, and the friendship.