To the Fella Over There with the Hella Good Hair

I have to apologize in advance for using Taylor Swift lyrics on you today.  But I have to admit I love the song!  To me it's a real throw back Jackson 5 type vibe with a good beat and it just makes you feel good listening to it.  My girls love it so it's fun to have something we all like playing in the car on the way to school or practice.  I also am intrigued by the lyric above.  I came upon the term "hella good hair" as I was perusing the annual pre-season college football predictions back in August.  On Yahoo news West Virginia University's QB, Clint Trickett, was referred to as having "hella good hair."  Then I heard the Taylor Swift song and it mentioned "hella good hair."  It seemed everywhere girls were interested in "hella good hair."  And of course you know me, if chicks dig "hella good hair" I want to know where I can get some.  Fortunately for a 40-something dude, "hella good hair" means you actually do, in fact, have hair!  Which I do so I'm covered.  But Clint try to make sure you always have good hair.  You see you are a fairly mediocre QB for a somewhat sucky team but you are getting a lot of attention from ladies just because you have good hair.  In the immortal words of Billy Crystal "it's better to look good than to feel good," or in the case of guys sometimes it's better to be silky smooth and easy on the eyes rather than have a whole lot of depth because as Billy also said "you look mahvelous!"   :)

This whole concept of style over substance got me to thinking about silly songs I am ashamed to say I like.  But you know this is the blogosphere and so this is the place for guilt-ridden admissions.  Apparently there is even a science to guilty pleasures as Spotify has even researched and identified the top "Guilty Pleasures" of all time (read here) with Mambo #5 in fact being #1.  So here goes.

Anyway that Taylor Swift song does really speak to me in a very personal way when she says "got nothing in my brain."  Yes Taylor, I know you are singing about Ryan!  :)

Carpenters - Superstar:  This has to be the ultimate guilty pleasure.  Take a look at this scene from Tommy Boy (click here), one of the greatest movie scenes of all time.  You know what I mean, we have all done this very thing!  Ryan likes to pretend he is Neil Peart or John Bonham in the car while he plays the steering wheel drums.  Burt Bacharach wrote many of the Carpenters songs but this song was actually written by Leon Russell (of rhythm and blues fame) along with Bonnie Bramlett.  Apparently this song is about a groupie who hooks up backstage with a rock star and is now lamenting the fact that he probably ain't coming back.  It was performed by Cher and Bette Midler before the Carpenters picked it up in 1971 and made it their own.

Michael Jackson - I Wanna Be Where You Are:  Speaking of that Taylor Swift song being a bit Jackson 5'esque, here is one of those guilty pleasures (sans the 5 in this case).  This song was Michael's solo debut off his 1972 album "Got to Be There."  It was co-written by Arthur "t-boy" Ross, younger brother of Diana Ross.

I Can't Go On, I Go On - Everything I Own:  LOVE THE SKA here, majorly!  The Bread version of this song is sweet but this version has some balls!  Funny the ballsier version comes in a tween movie, albeit a surprisingly dark and introspective movie I saw and really liked.  Well maybe it had a lot to do with Aly Michalka!  Wait she played a high schooler in the movie; that makes me creepy, forget I said that.  Well she was long out of high school in real life.  Anyway this is a great song.

Olivia Newton John - Please Mr. Please:  This song was written by John Rostill and Bruce Welch from Cliff Richards' back-up band.  Cliff Richards was only a minor star in the States but he seemed to play the Svengali to a lot of hotties with English accents in the 70's, Olivia Newton John being one (albeit as Aussie).  This is another one of those cross-over country/pop songs I love with even a bit of a gospel tone in the background synth.  I love the imagery of a women trying to drink her memory away and how that beautiful song on B-17 keeps bringing that guy back into her memories.  Kind of like how this blog keeps bringing the bad memory of Ryan back to poor ladies on the web!

Elvis - Cold Kentucky Rain:  Looking at wiki it's easy to understand why I like this song so much.  It was written by Eddie Rabbitt (he of "I Love a Rainy Night" and "Rocky Mountain Music") and released in early 1970.  It is a very typical cross-over Country-politan hit of the late 60's/early 70's which I love.  And btw Eddie Rabbit may seem like country pop fluff but when you consider his range from writing and performing soundtrack songs from "Everywhich Way but Loose" to writing that song for Elvis and other top performers such as "Pure Love" performed by Ronnie Milsaps you realize the guy had talent.  Oooh, inner Ryan secret, Ryan once performed a karaoke version of Suspicious Minds, another Elvis guilty pleasure, for a girl he was trying to impress - she ended up being thusly so!  But to be honest I do better at making Elvis recipes than singing his songs!

Culture Club - Karma Cameleon:  There is no way in the world I would have ever admitted liking Culture Club back in high school.  I was on the edge of including this song or the Church of the Poison Mind but I love this video.  I love the festive, colorful Mardi Gras'esque scenes along the Mississippi River.  The song was written by Boy George and speaks to the fact that Karma will get you in the end particularly if you are disingenuous or a "karma chameleon."  I used the song once in one of my early Shannon Stories during our years in the deep south.  I guess Boy George is saying here that you shouldn't put style of substance, but ain't that the pot calling the kettle black!?  The song reminds me of the adventurous feel I always get when traversing the Mississippi and pulling into a small river town like Natchez and eating at some dive restaurant like the Cock of the Walk, much like the fashionable Cock of the Walk style over substance gents in this video.

Hanna Montana - If We Were a Movie:  You know I'm a very easy going, live and let live, if you can't beat 'em join 'em type fella.  When you have girls you won't win many radio selection arguments on the way to school.  So given that you may just go ahead and embrace your inner Disney.  The great part of that is that much of my best blog fodder has been my interaction with my girls along the XM Radio dials.  This is one of my favorite Disney songs.  I think the concept of the lyrics are actually pretty clever.  The song was written by Jennie Lurie and Holly Mathis expressly for Disney consumption and was selected for the Hanna Montana series as a B-side to Best of Both Worlds.  But for some reason it just has a sweet edge that makes it rise above the normal Disney bubble gum pop for me.

One Direction - Tell Me a Lie:  Well if you have to listen to a "boy band" these guys are actually not that bad.  The lyrics are really quite evocative and speak to me for some reason.  The song was originally written by Sheppard Soloman for Kelly Clarkson and I can totally hear her singing it.  One thing you can say for One Direction is that they have been handled very well.  Many of their songs are written by Ed Sheeran (now of Hobbit soundtrack fame). 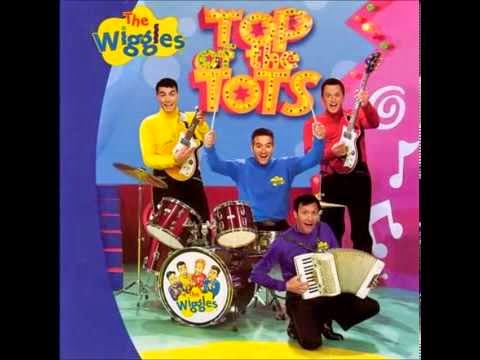 the Wiggles - Six Months in a Leaky Boat:  This seems like sacrilege.  You know I like my XM Radio First Wave and I certainly like the Split Enz.  The Wiggles took this Split Enz song and made it into a wonderful kids song and I don't care if you think I'm weird for liking it.  Actually I love the Wiggles, they are really quite talented.  Founding members Anthony Field and Jeff Fatt were actually in a somewhat successful Aussie rock band, the Cockroaches, in the early 1970's.  Anthony Field later got a degree in Early Childhood Education.  Affected by the death of a niece, Field decided that he wanted to endeavor to create high quality children's music and the Wiggles were then formed.

Chilliwack - I Believe:  Oh my Ryan liking a band called Chilliwack is totally "wack!"  I know that is bad.  I'm not sure if Chilliwack is a guilty pleasure but it seems anything by a band named Chilliwack should make you feel guilty.  I don't know, I just like the song for some reason.

the Bangles - Going Down to Liverpool:  Another song about nothingness but oh do those 80's girl bands look hot!  And what up with Spock?  Actually he looks a little like me trying to be cerebral but really just dazed and confused by the whole situation when surrounded by gorgeous ladies!  This song was originally written and performed by Katrina and the Waves in a much more raw style.  The song is a tip of the hat to the Beatles.  Vicki Peterson, the drummer, takes vocals in the Bangles version; a rare diversion from the main vocalist Susanna Hoffs.  Btw, Susanna Hoffs, other than maybe the brunette from Bananrama, is probably my all time favorite/fantasy hot 80's girl group hotty!

Lowen & Navarro - We Belong to the Night:  Yes that's the Pat Bentar song, and I'm not sure it quite qualifies as a guilty pleasure but I'm adding it anyway.  It was actually written by Lowen & Navarro (brother of Red Hot Chili Peppers member Dave Navarro).  They used to play a lot in and around Big State U back in the day.  I mentioned them in the blog once before - here.  In fact their last show was at the Birchmere in Alexandria in 2009.  Sadly Eric Lowen died of ALS in 2012.  Lowen and Navarro wrote songs for many other groups including those Bangles above.

But for all you Swifties here is that Taylor song!
What are some of your guilt pleasures!?

This made me smile

My favorite guilty pleasure songs. I love this post. One is "Sugar, Sugar" by The Archie's. Had this on 45 and loved it..oh that's another one "Stars on 45!".

My favorite is the theme to " The Greatest American Hero". Believe it or not..lol. I love the Seinfeld episode where George sings it as his machine message.

@ Anonymous - Thanks for that video I loved it, that is exactly like me!

@ Goodwill - yes Will I would love to see a post from you about guilty pleasures, I was trying to stir up some trouble with that last phrase! :)

@ Simplicity - Love those songs too, my girls like that Christmas song as well although we tend to be a Holiday Traditions family rather than a Holly family on Sirius XM. Actually my girls also really like that George Michael song "Last Christmas, I gave you my heart...." Now that's a real guilty pleasure!