Here I Am Baby

Many of us have written about how hard it is to see that special someone over the holidays.  Families draw close, schedules are put on halt, patterns of behavior can't be followed not to mention the genuine obligation of making the time special for children.  It is a paradox, the most wonderful time of year but a time where your mind often wonders to the one you can't be with.  It also stinks to be sick over the holidays.  People are close and nobody wants to be around someone who is coughing and contagious.  And for the sick you certainly don't want to ruin anybody else's special time of year.

Both of our kids had gotten past their colds.  Thank goodness no flu so I thought we had gotten through the holidays with no major hitches.  But the day after Christmas I progressively felt worse.  I was able to go on a walk that evening but I knew a cold was coming.  No problem, I always come back quickly.  By the next morning it hit me hard.  Not much of a fever but fatigue and aches like I had been run over by large mammal.  I stayed away from everyone thinking this would go away in a day with rest and sleep.  It didn't.  By day two I was worse.  Shannon ordered me to urgent care and in fact I did have the flu.  I don't get sick, ever!  This double sucked.  The family couldn't get out of the scheduled vacation without major losses to earned points so I told them to go on.

Normally this wouldn't be so bad.  I had some projects to do around the house and I could see Sandee.  But with the flu how much of that could be accomplished.  I faced four days of being home alone with not much chance at any sort of fun.

By my third Tamiflu I was starting to feel better and started to get some projects done around the house.  I also watched way more TV than I'm accustomed too.  Thankfully I did have texting and Sandee and I enjoyed poking fun at my new found addition to chick flicks.  I told her I watched Silver Lining Playbook, Divergent, and a few others.  She said it was good I was getting in touch with my feminine side.  We enjoy poking fun at each other that way.  I asked her if she was partying on New Year's Eve and she said no.  Rather, she said she was going to go kayaking at sunset to see the first sunrise of the year.

I asked her if she needed a first mate.  She said it might be too cold for me, I could get sicker.  I told her that she had once told me cold doesn't make you sick.  She texted back "you guys are all the same always turning my words against me."  We tease a lot, it's just part of our schtick!  I left it alone but I thought I might surprise her the next morning and show up.

That is what is nice about knowing someone.  When Sandee says she is going kayaking I know where she means, I know her place (or shall I say our place).

I woke up at 6 am on New Year's Day and got ready.  Still a little slow but feeling good for the first time in about four days.  I stopped by Dunkin Donuts and got two coffees and two muffins and drove to the river.  The sun was just peaking out above the river as I drove across the bridge. 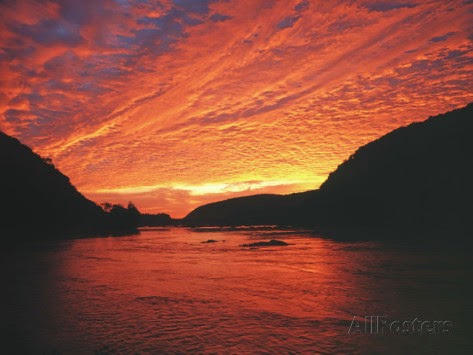 There she was, so beautiful.  She was already in the water and she had not brought a second boat.  I just watched her.  She eventually saw me as she was paddling back.  She smiled bashfully.  She probably didn't appreciate not knowing I was coming.  She was not as made up as normal but I didn't care, she was as beautiful as I've always known her to be.

As she stepped out of her kayak she giggled and said "I guess you are feeling better?"

I said, "yes I believe I am contagion free."

She said "no chick flicks on this morning?"

I offered her the coffee and she thankfully took it from me cradling the hot cup and bringing it to her rosy cheeks.  She thanked me for the gift, she is always so appreciative of the smallest things.  It makes me want to be sweet for her.

She stepped toward me and I hugged her and kissed the top of her head.  She looked up at me.  I said I should probably not kiss you.  She looked disappointed but still very glad to see me.

We put her boat up and walked along the trail for some time talking about nothing in particular.  The wind was chilling and crisp but invigorating against the golden sun bounding sparkles off the choppy water of the river.  It felt good to see 2015 rise above us and it felt good to be with her on this first morning of the year.

Sounds like you were your best goofy and sweet self... irresistible! Here's hoping it's a great omen for the new year.

Awww..this sounds like a perfect beginning to the new year! Happy 2015.

That was indeed a good start to the New Year. Here's to it being as such for the whole year!

Hi. This sounds like a wonderful, romantic start to the new year.