Happy Cinco de Mayo and welcome to this most Mexican of American holidays!  Or rather, is it the most American of Mexican holidays???  Oh well, let's just say it's a great day for us folks north of the border to celebrate the Independence of all you folks south of the border.  Except that somebody told me once that Cinco de Mayo is not actually Mexico's Independence Day; us American's just decided to make it so because we were in need of a festive holiday between Easter and Memorial Day!  Who knows?

Just in case you didn't know, in Spanish the 5th of May is called Cinco de Mayo.  More specifically the festivities celebrate the Mexican Army's victory at the Battle of Pueblo over the French occupational army in 1862.  It is not however Mexico's Independence Day which is actually Dieciseis de Septembre and took place about cuatro anos after Cinco de Mayo (or the Battle of Pueblo). 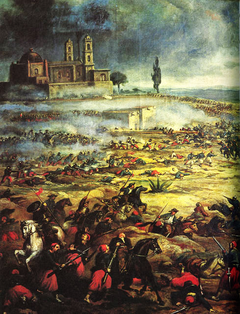 But who am I kidding I don't habla espanol!  To me Cinco de Mayo is just a great day to feature Mexican food on a blog de sexo that rarely hablas about sexo!   :)

So in keeping with my theme of not writing about sex on Cinco de Mayo, here is a wonderfully easy and tasty Southwestern appetizer for this most festive day!

Some few weeks ago I found my way to Sedona, Arizona.  Now Sedona is my kind of place, very eclectic, outdoorsy, and laid back; very much like my hometown except with a sprinkle of chili peppers and Red Rocks out the window rather than Blue Ridges!  While in Sedona we found our way to one of those true "bucket list" restaurants that will now be on my top line of best all time places along with other diners, drive-ins, and dives such as Dreamland and Mary Mahoney's.  If you look up the Elote Cafe (pronounced Eh-oh-tey) and click on Yelp, TripAdvisor, or Urban Spoon you will find 1,000's of basically awesome reviews about a truly unique and special restaurant.   Heck, even the Boston Glove did an article about the restaurant!  The website describes the restaurant as "cuisine inspired by the markets of Mexico."  But really, as I found throughout the state, cuisine in Arizona is very much a fusion of Mexican/Southwestern, Native American, and Cowboy.  The chef owner of the restaurant takes some very creative spins and interpretations off of traditional Mexican dishes.  Be a little wary though, as an expert once told me you can spot a real Mexican restaurant by the lack of Cheddar-Jack cheese.  The entrees are truly authentic which means they are not Goditas smothered with cheese, rather dishes piled with peppers with sides of exquisite mole that to an untrained American taste might just come across as slightly bitter.  But give this place a try if you are ever in Central Arizona, the site lines of the red rocked mountains are enough to make it worth while (at least after one of Elote's craft tequila flights)!

Now if you go, go early and plan on waiting.  The restaurant is only open for dinner and the line starts forming an hour before opening (at 5 pm).  While you are in line make sure you take advantage of the walk up bar and try (as Shannon did) one of their special Prickly Pear Margaritas or just a Sierra Nevada (as your's truly did).

Once you do find your way to the table make sure you try the restaurants signature menu item and namesake, Elote Dip. 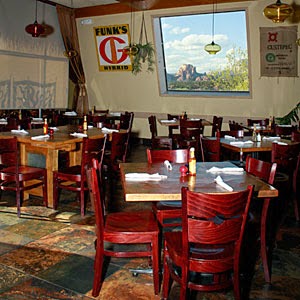 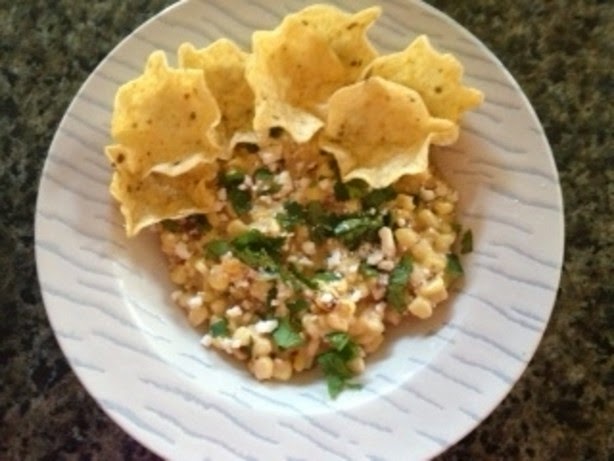 *     Over medium-high grill, roast corn until the husks are well charred (about 10 minutes).  Turn occasionally so charred evenly across husk.
*     Set the roasted ears aside to cool, then shuck when possible.
*     Cut the kernels off the cob.
*     Mix mayo, hot sauce, lime juice, pepper, salt, and chicken stock in saute pan over medium heat. Stir until liquid incorporated into mayo and forms sauce.  Do not heat too quickly or bring to a boil (lest you breco de Mayo sauce!)  :(
*     Once sauce is warm add cut kernels of corn and stir until evenly warm and incorporated into sauce.
*     Pour into bowl, straining out excess liquid.
*     Add chili pepper, cilantro, and cheese on top for garnish.
*     Serve with tortilla chips (and a Dos Equis!)
*     Eat with Ryan, the Most Interesting Man in the Sex/Food Bloggosphere!  :)


And then chop, chill, and chug along with Calexico; a very eclectic Southwesterny pop band!

Posted by Ryan Beaumont at 8:41 AM