Don't Give Up on Us, Baby

OMG Ryan, no you didn't!

Oh yes I did, and don't give me that look!  You know that smooth David Soul song sounds just as sweet today as it ever did; just like all sweet things we once cherished and I guess always will!

Anyway, that's not my point today; or maybe it is.

You know my dad used to say "Ryan, buy good clothes and take care of them; they always come back in style."  He is a wise man.  I have always tried to take his advice.  Let's face it, on clothes I have to; Shannon damn sure doesn't leave any money for me to spend on tailored suits, don't you know!

But I was just thinking, you know what Simon Cowell, Leonardo DiCaprio, Don Draper, and Ryan all have in common?

Well it's not quite the clothes, those dudes all dress considerably better than Ryan does.  But the other thing Ryan has taken care of, just a little bit (but not too much) is his body.  Well just enough to be about a 24-25 BMI.  And because of that I have officially come back in style!  Apparently, (according to the massive liberal media or maybe just a cute college hottie blogger) ladies are not all into George Clooney and 50 Cent; they want DAD BODs!  And that is exactly what I have.  See dad was right, take care of your stuff and eventually it will come back in style!  Thanks Dad!

According to Mackenzie Pearson (viral blogger) - the Odyssey Dad Bod relates to the following characteristics:

*     That former athlete's body.  Still some muscle tone but filled out from a few beers and a lot of pepperoni pizza.  But not completely given over to Dunlop's Disease.  As in your gut has "Dun lop'ed over your belt!"  So kind of like that day old pizza, a little soft but still tasty and a satisfying next day meal for those in need!!!

*     Enough muscularity and definition to look good in a Brooks Brother's shirt but not so much as to have that maximum security penitentiary sculpted scary ripped physique in orange exercise attire (when it comes to men's fashion Orange jumpsuits are not the new Don Draper)!

And why is this so appealing.  To paraphrase Mackenzie (rather than come up with my own concepts), girls like it 'cause:

*     It doesn't give girls body insecurity.  But really, let's face it, us guys are really just an accessory for you anyway.  Aren't you really just looking for a guy who's car and eyes match your favorite cocktail dress.  You know, too much bling makes a girl look trashy.  Likewise, showing up with Magic Mike says "I'm Kesha;" showing up with a guy whose extra inch is hidden by a well fitted Banana Republic cardigan says "I'm confident enough to carry him off just like an Emma Watson or Keira Knightley."  Show up with Magic Mike they see your tits, show up with Ryan and they notice your style (cause who's wants to notice that vacant confused Ryan look anyway).  At least I like to think Shannon looks at it that way.

*     "What's good for the goose is good for the gander," or vice versa.  How many of us guys have said "more cushion for the pushin'!"  Well according to Mackenzie that goes for girls as well.  But really I know what this means, girls are always cold and on that January night who wants to be curled up to a Matthew (Dallas Buyers Club) McConaughey.  Matthew may look good next to you for that selfie at the shoot for his stupid Lincoln commercial, but he'll do you no good later that night when it's too fricken' cold to get out of bed to turn the thermostat up to 80.

*     A guy with a 25 BMI is not a pig but he ain't missed too many meals either.  Chances are you can eat wings with him and drink a brew and not feel self conscious.  He's good looking enough to be interesting but not so good looking as to temp that 22 year old waitress named Kennedy.  It's not really so out of touch with history.  Back in Victorian times ladies liked the Price Albert look, paunchy with a pasty complexion that said "I'm rich enough to never have to work outside."  Yet I've notice over the years that "farmer's tan" has morphed into a "golf tan."  A "golf tan" with a 25 BMI says "I'm ambitious enough and my career affords me the leisure time to dedicate at least two golf/tennis games a week and my earnings capacity affords me that family gym membership."  However, if you live your life in a tank top, ripped muscles, and carrying a gallon of protein shake it says I'm too busy working on my physique to have a 401K.

*     You know what you are getting.  On the one hand he is not a thick linebacker whose muscles today may turn into a spare tire 10 years from now.  Look at his dad, chances are his dad has "dad bod" as well.  If his dad still has his "dad bod" at 65 chances are your guy will stay in the ballgame through life.  He may not be Brad Pitt but when you close your eyes the feel of Jabba the Hut won't interfere with any fantasies that may be playing out in your head about you and Ryan Gosling.

Of course this is all relative as Mackenzie goes to Clemson, which is not a real school anyway!

But do you realize Dad Bods are so popular now they have their own Instagram!  College Dad Bods 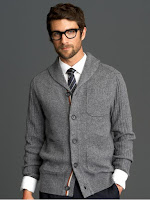 This really all hearkens back to those age old adages such as "clothes make the man."  Let's face it women love to drape things.  In the Beaumont home we have more pillows per couch/love seat than the Republicans have scientists at debates.  And let's not get started about women and bathroom towels and soap dishes.  A naked guy is fine in bed but when you go out you are going to want to drape him with some stuff anyway.  Once you decide that you'll want to throw a Brooks Brothers white collared shirt, power red tie, and maybe that Banana Republic Euro looking sweater on him muscles don't matter quite as much.  You want a stylish guy who looks good in clothes.  For that you need Don Draper not Magic Mike!  Banana Republic clothes are tapered well anyway and they make Ryan's 25 BMI body look like a 24.  And Don (and Ryan) is more likely to know what you are talking about if you mention you want a rich yet fruity North Coast Pinot for dinner.  And Magic Mike is just going to smell like the gym and I've know some body builders before and all that fiber loading can have a powerful after-burning affect that is not pleasant to be around.  Trust me, Don and I will smell better!  And admit it ladies along with draping things you love for things to be soft and smelly-good!  :)

So while we are on the subject of fathers you may be wanting to ask me "hey Ryan after your dad gave you such great advice, what sage advice do you give your daughters?"  Well first of all you have to understand I'm the guy who writes a sex blog with barely any sex so I'm a little bass backwards.  Ryan's best advice to his daughters was when I recently said to my eldest "******* never be the girl some rap guy writes a song about!  And never date a guy who's name starts with 'lil!"   :)

And for all those Dad's and Dad Bods out there, 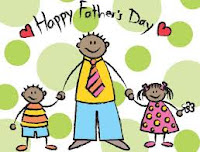 And here is that David Soul/Hutch guy singing that mellow classic that feels as good today as that old flannel shirt in my closet or that old 25 BMI dad you have sitting on your couch!  :)

Posted by Ryan Beaumont at 9:31 AM