Don't Cross the River if You Can't Swim the Tide

“There was a long hard time when I kept far from me the remembrance of what I had thrown away when I was quite ignorant of its worth.” ― Charles Dickens, Great Expectations


When you are contemplating a livelihood on Ashley Madison then no truer words were ever spoken than those title lyrics above from Dan Peek and America "don't cross the river if you can't swim, don't try denighing living on the other side...." 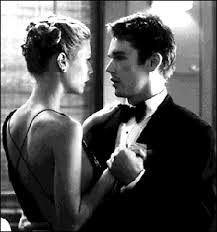 I seem to remember about a month ago I mentioned a "Great Opportunity."  A Great Opportunity that led to Great Expectations.  Great Expectations resulting from another few days sans family.  I had had two of those this summer already and Sandee and I had been able to enjoy one another's company after the sun set. But in both cases we had nowhere to go.  She did not dare come home with me for fear of crossing boundaries and I did not push.  But on one of those final weeks of the summer I was again alone and this time I was also house sitting or should I say in possession of one of those "secret hideaways" we all wish we could check on AM.  To be completely dorkie though my main mission wasn't so much to simple screw Sandee's brains out; I really wanted to cook for her, something I had always bragged about but never had the opportunity to actually do.  This was that opportunity and my "Expectations" were high.  Would they be realized or would I be another Pip chasing his Estella through life never quite catching up to her for certain.

The week of Great Expectations started on Wednesday.  Work was light and I knew I could leave early for a paddling trip ahead of dinner and then other activities.

However, an old college friend was in town and Sandee had already made plans to jaunt over to Olde Town Alexandria for dinner and drinks.  She mentioned that there might be a chance for a late night hook-up, I was certainly happy to be her "booty call" if she so desired.  She texted me several times through her meal of crab legs et al.  But in the end she was late getting back so it was on to Thursday.  I did my work-out at the gym and was genuinely happy to know she was having a good time in the safety of an old friend's company.  She needed that!

Thursday was always the day I planned for.  Again, it would be a paddle trip and then perhaps some Swordfish on the grill and then some Netflicks and then onto, well, you know.  The first part (kayaking) we had definitive plans for so I was hopeful.  Late in the day a text came through.

"can't get out this afternoon, things bad at home, very bad!  :(  Will explain later."

I texted back "OK, that's fine.  Are you OK?  Let's plan for breakfast tomorrow, I still want to make you that omelete!"

We texted several times that evening while I was at the gym.  I think Sandee's husband was on a rant.  I was genuinely worried for her.  I tried to keep her spirits up by being light and funny.  I didn't press for anything from her.  I had learned when pressed she retreated.

I was still OK with all this.  Heck I was even able to get caught by the fam at the gym for 2 hours.  As an aside when you are doing these types of things often it is good to get caught in the act of NOT cheating.  For example, if you are supposed to be mowing the lawn get caught at the gym or playing golf.  The next time you are not doing what you are supposed to do, others will assume you are screwing around at golf rather than the cute blond MILF you met on AM.  I know I have a warped sense of logic!  But it keeps me going.

The next morning came and went with no word.  I tried calling with no answer.  I guess there would be no Spinach Omelet and morning coffee this time around.  I texted her in the early afternoon as I still would have time to meet in the afternoon for a walk, talk, or anything else that might happen.

This was beginning to feel familiar, similar to another Great Expectation almost two years ago now. I was generally concerned for Sandee, parts of me yearned to be the help she needed.  And then the selfish part of me was getting a little tired of all of this.

Late in the afternoon I got a text:  "I can't get out this afternoon or maybe ever, I'm really sorry... I am"

In the end what I really wanted to say to Sandee was..

"If you want you can ride my train.  And soon forget the reason that you're leaving.  You'll lose yourself and then sometime maybe even save yourself some griev'en."

And yet to myself I thought...

“Suffering has been stronger than all other teaching, and has taught me to understand what your heart used to be. I have been bent and broken, but - I hope - into a better shape.”
― Charles Dickens, Great Expectations

Posted by Ryan Beaumont at 2:01 PM

Oh how sad!
It happens though. It's hard to ride that line between affection and something more.
It's happened to me, and it sucks big hairy balls!

This post makes me sad. I hope things get better for Sandee...

It really sucks when things begin to fade. Of course my AM guys tend to vanish overnight. Oh well. C'est la vie.

Your blog has inspired me to write my own.

I love your blog!

I posted again, but my blog doesn't look as cool as this one. http://ashleymadisonwife.wordpress.com/2013/10/01/my-first-ashley-madison-meeting/