Or the Thrill of FFF'ing and the Agony of Not!
Check it out over at Three Spelling Mistakes!

"I was so look forward to Olympic games.  The Russian men they smoke too much, drink too much.  They expect the women to look beautiful and shave but they do nothing to make their look better.  I want to meet Western man that I hear wants to treat his woman good and talk to her and not go out drinking the vodka every night.

I meet Felipe at Olympic Village.  He ski from France and he very nice to me.  He ask me where I'm from and what are my dreams.  A man never ask me these things.  He takes me to a nice restaurant and kisses me and gives me perfume and tells me how lovely I am.

I decide I want him.  I wonder if he shaves.  I hear Western men sometimes shave the back and sometimes even down lower.  I ask him and he say yes and laughs.  I ask him why he laugh and he say "women shave, why not the men."  We go to his room and he says make yourself comfortable.  I take off my clothes and then he takes off his clothes.  He is not rushed so it is very sexy, not like many men I know.  Felipe, he has gorgeous body and I so surprise when the no hair on his back.  I say to him "this is so sexy, I like."  He say "wait to you see this!"  He drops his towel and his "mat" has the no hair around it.  I shocked and just say "YAY!"

So I say "let me take your long sexy ski pole and I take long time to slalom down your slope!"

Felipe's smooth body feel so good next to mine, I want him in me for long time.

Then I confused when Felipe say he "botox my balls tomorrow to make silky smooth..."  What is this botox?"

NOTE:  Sorry, I stole borrowed that "botox my balls" thought from Dave Chappelle.

So another Olympics has concluded and we measure success by the medals we've won.  Or do we?

You know the Olympic motto is Citius, Altius, Fortius or Faster, Higher, Stronger in English.  Very high ideals well worth living up too.  It seems at this auspicious time when the nations of our world come together in peace and athletic harmony that it is more important to focus on that Olympic Creed coined by Pierre de Coubertine (father of the modern Olympics).  De Coubertine stated that

So with that I want to revisit these Sochi Games, the 22nd games of the Winter Olympics, and see if the world did witness that great struggle for the conquest well fought!  Or to borrow that famous theme from ABC's Wide World of Sports "the human drama of athletic competition."

*  Did someone say "human drama of athletic competition?"

Well apparently there was, in fact, a lot of drama but not necessarily on the fields of athletic competition during these games.  But you got to hand it to human-kind no matter what field of endeavor we are on we tend to revert back to what we value most in life.  SEX!!

Apparently the really big story out of Sochi happens to be the new Facebook ap that is uniting the world in a new way that leads us to that most important endeavor listed above (SEX!).

Sure we expect our athletes to be focused for competition but what to do with all those powerful endorphins after the big race!  As former US Olympian (and according to my wife major hottie) Ryan Lochte remembered "about 70-75% of the athletes will have sex."

And apparently this has been going on forever!

But of course technology can always take athletic perfection to the next level!

You see I was just reading (yes sometimes I do read) the other day on Facebook (which is where most of my reading comes from) about Olympic athletes and the Tinder craze.  You ask why do Olympic athletes need something to start a fire with?  No, no, no; not that type of Tinder.  This is that new speed dating meets the I Phone app craze thing that's going on.  It's like Match.com meets Angry Birds.  Oh wait Angry Birds is so 2013, it's more like Flappy Bird.

As US Snowboarder Jaime Anderson said "tinder in the Olympic Village is next level, it's all athletes."  Yep, athletics often takes us to the next level of human endeavors.  As Jackie Robinson broke down the barriers of segregation, as Joe Lewis threw the first punch against Fascism, now so does this generation of athletes heroically take viral social speed sex based simply on hotness and proximity to the next level of that international Olympic vision of de Coubertine of taking part, struggling to fight the good fight, and above all do it faster, higher, and stronger!   :)

*     Breaking Down the Barriers of Ethnic Misconceptions

Or rather, is Borat a poor depiction of Russian men? 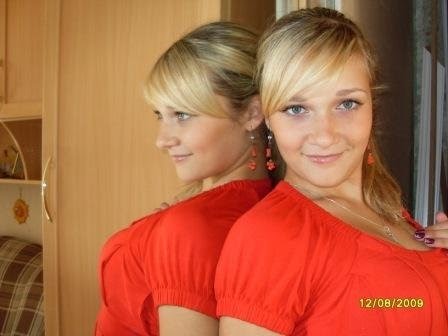 Ah, if you are a guy playing the social dating sites who doesn't know of a good Russian bride story.  I myself have had my own intersection with the curious and evocative creature that is that cute Russian girl "catfishing" online for a nice Western male benefactor.  And stupid me did not see the celestial convergence of a wide swath of Western travelers to a humongous media event in Russia!  I so should have gone.  This is like being a Cheeto salesmen the day after pot is legalized in Colorado. You gotta jump on it.

As the article I linked too above indicates Sochi must have been like shooting fish in a barrel.  As one American male said in the article "at first I thought....they (the volunteers) are supposed to smile at you and be friendly.  But then I realized it was a lot more to that, too.  I don't want to sound arrogant, I'm OK looking, but honestly this is awesome."

Ah to be young, single, liquid, and leaving "from Russia with love!"

But then to add insult to injury those Russian dudes just keep piling on the hate!

To further support this concept one may only look to the story about those Russian Cossacks attacking "Pussy Riot."

Now let me first say that American men are no different in some ways.  We too chase Pussy relentlessly and with the same passion and alacrity of our Russian Cossack peers.  But when we catch it we dang sure don't do what these dudes did!  Shame on you for not knowing what to do with pussy when you catch it!

Posted by Ryan Beaumont at 8:43 AM

I read the "Time News Feed" article on the history of sex at the Olympics and got a good chuckle.

I liked the FFF and was not at all surprised when you took off on a tangent about the Olympics.
Interesting read, as always

Wow! You are so amazing the way you start with a simple FFF photo and weave this incredible tapestry to sex, sports and silliness! So fun FFFing with you Ryan!