I Belong in the Service of the Queen

"The Rain King" was a 1995 release by the Counting Crows off their August and Everything Else album.  It was a follow up to their more successful single "Mr. Jones." The song is sung through the voice of a man who feels that perhaps life has passed him by unjustly, that perhaps "I deserve a little more."  His statement that "I belong in the service of the queen" is a cry that he should be destined for some great service that will earn him great honor and distinction.

The title of the song is a reference to and the theme is influenced by Saul Bellow's 1959 novel Henderson the Rain King.  That novel is kind of like the Heart of Darkness and the Secret Life of Walter Mitty meet Where the Wild Things Are.  In the novel the protagonist, Henderson, flees his middle-class life for adventure in Africa.﻿  In Africa Henderson has many adventures and ends up becoming the Rain King, a title bestowed on him because of his great physical prowess.  Soon after ascending to that title Henderson finds himself next in line to the throne of the tribe he has befriended. But at that point Henderson has achieved whatever measure of self awareness he had sought and flees the tribe only wishing now to return home.  The novel is an example of Bildungsroman (a coming of age story) where the hero, Henderson, develops psychological and moral growth through the novel as he finds that the spirit, body, and exterior world can exist in harmony.

Ooops, time to stop reading now; it appears Ryan is trying to be Dr. Full of It again, Professor Emeritus of Bull *hit.

Well to some extent my Ashley Madison chronicles have been my Rain King adventure.  You see from a time even before I graduated college back in those early '90's I felt I was on a mission in some sense "in the service of the queen."  I remember soon after I started my "career" job I soon developed a rock solid goal.  I was going to be a VP by the time I was 35!  I moved five times (four with Shannon) within twelve years, each time to a different time zone and part of the country.  Each time seemed to be an ascendancy to that ultimate goal.  In a very competitive industry where contracts are sold and won annually I was often the guy they sent in to clean things up, get through a re-bid, help with a renovation, open a new account or operation.  I always worked hard and I always assumed someone would recognize my good service and tap me at the appropriate time for the great opportunity I surely deserved.

But as I became too confident in my self and perhaps too sure of my destiny I met with failure.  But much like Henderson, at that critical moment, I was given the opportunity to flee back East to another opportunity.  This opportunity did not present the next step towards ascendancy to my goal.  It was simply a safety spot and at the time I was oh-so happy to land there.  For now I was content to just do my job and exist.  I also had the time to spend with my daughters which was a blessing.

However, in life, I have found that we are who we are.  My boss, who hired me and who I will always be indebted and endeared too, left pursuing a great opportunity just about the time I found Ashley Madison.  While I knew I would miss her and her mentorship it soon became apparent that I could help the division in her absence in a greater way with some of my financial abilities.  We did get a new boss who, if it can be possible, is even better than who we had before.  I knew him as a colleague before and had a great working relationship with him.  In his new role he sought me out to continue some of the work I had started. Additionally, I was invited (about two years ago now) to participate on a business planning team for a new venture my company was undertaking.  I ran all the pro forma financials and break-even analysis. This got me access to other leaders within the company.  Because of this I was asked to begin over-seeing financial analysis of other departments within the company.  Finally this past fall, after some departures, I have taken on some new operational roles and find myself near the precipice of that which I sought so many years ago.  Perhaps even on a grander scale than I could even conceive those many years ago. 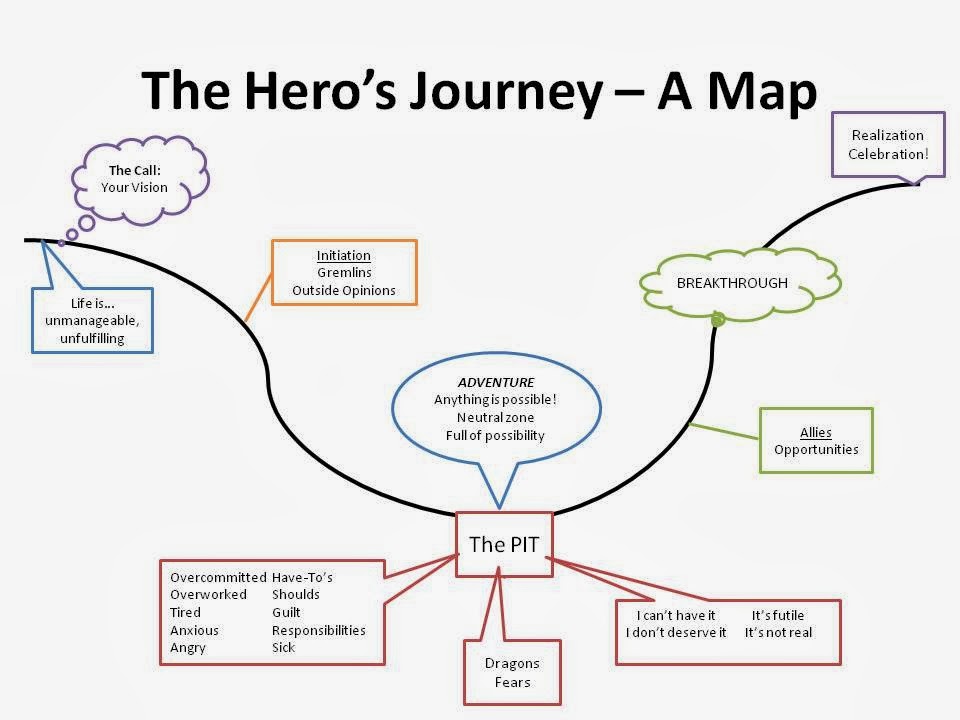 I know, I know who wants to hear about somebody working.  But here is my journey.  Somewhere soon after the turn of the century my success turned to complacency and I got lost in my ambition forgetting that you must earn your service to the queen every day.  I fled and in my flight I was spiritually awoken.  At first I found myself not in service to the queen but in service to two little girls that I adore and treasured seeing grow up.  The balance I achieved made me a better person.  I then stumbled into an even darker forest on an April evening in 2010.  It was a social media site called Ashley Madison.  I quickly learned that the greatest trick to success was being human.  A little kindness and humor was a serving many ladies there rarely got to enjoy and I enjoyed serving it.  In doing so I continued to become a person I was more comfortable with.  In my earlier career dominated life I rarely thought of the type of person I wanted to be, I just wanted to be a VP and figured I would have time after to consider other life aspirations.  Now I realized that life was a journey that needed to be enjoyed at each step one takes.  The funnier, kinder, more accepting, more gracious person I became as a father and cavalier along the AM site now permeated my character at work.  But now I had balance, now my spirit, body, and exterior world were in harmony.  And perhaps more important I was not waiting on someone to ordain my destiny, I controlled, made, and earned my destiny.

So where to now?  In some sense as I find myself near that precipice I spoke of, I have to say I am right back to Ryan version pre-Y2K, career and success focused.  And yet as I look back over the past few years it doesn't nearly feel the same.  I appreciate this in a way one appreciates that first fresh apple of the fall or a particularly sweet Orange in mid-winter after having gone so long without.  And I feel it would be so nice to achieve success with someone side-by-side with me not aimlessly trying to catch up as I too often forced on Shannon long ago.

No, I think this time is different; this time is better.  Work is great.  If only I could get this relationship thing sorted out.  I think I have the tools to be successful I just need someone to realize that or perhaps have the courage to choose someone who already realized that.

Or perhaps I'm still rather pretentious.  After all this is the third time I've compared my life to a novel. You might remember my little Ryan as the Velveteen Rabbit thing a while back or Ryan as Edward Tulane.  Oh well at least it got me another post!

But do think about your journey.  That "hero's" journey necessarily involves a pit but just after that pit is opportunity.  Be ready to seize it!

Email ThisBlogThis!Share to TwitterShare to FacebookShare to Pinterest
Labels: Career

Thanks for the inadvertant book reccommendation. Loved Edward Tulane, by the way. Anything by Kate DiCamillo, really. She taught me the word "perfidy"

And, I found this post timely. SInce I think I am currently in the pit.

Zena Where Delhi’s most beautiful escorts’ girls Are Found
If you find yourself a little overwhelmed visiting the most exciting city of India, don’t worry. The best solution is to have one of the most beautiful girls of Delhi and Gurgaon to help you find your way through the clubs, restaurants, and special hot spots Delhi has to offer. And that’s where we come in; Delhi Escorts, http://www.delhihotescort.com female is your best resource when you absolutely want the experience and beauty of the most talented escorts around. They can show you the time of your life. Whether it’s a night on the town, a special business function or just a quiet time in your hotel room, these Delhi Escorts can make your stay her in Delhi the best ever!