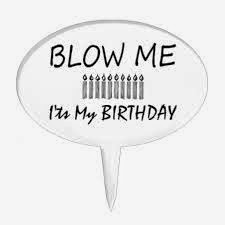 It's an Intergalactic Convergence!
Ryan's 400th Post and the 4th Anniversary of Signing Up for Ashley Madison

In life we are all expected to grow and hopefully evolve.  Yet I believe life is a constant struggle between personal evolution and the fight to find again or regain that space where we were most comfortable.  In that vein I am not sure we evolve as much as we revolve; growing and yet often striving to return to that comfort zone.

I thought of many themes for this post "a fond look back," "the state of Ashley Madison," "a bloggers reunion," etc.  I sought the wise counsel of some of those bloggers of days gone by.  While one old friend did reply and said they were doing well they could not join in this venture.  In their case **** has truly left the building.

So then I thought "what if I tried to consult the really big guy?"  No I'm not talking about anything spiritual, this is me you know!

No I'm talking about the guy who started this whole thing after all.  Perhaps Noel could fill me in on what all this means.  In fact Ashley Madison itself has just recently gone past a decade in life.  In that regard perhaps we could look back together.

So in truth I didn't go to Paris looking for (these) answers to (the) questions that (were) bother(ing) (my) soul.  I went to Ashley!

I first sent my most professional and respectful e-mail to the media address listed on the website.

I write a blog about experiences both personal and in the media with Ashley Madison.  I have been blogging for about 4 years and have a small following including several other bloggers who share Ashley Madison experiences with their readers.

In my case I've had a generally positive experience and enjoy sharing that with others as best or worse case practices as they may be.  I do so to help my readers gauge their experiences and help them achieve whatever realizations they may be seeking.

I would like the opportunity to spend a few minutes with Mr. Biderman asking him a few questions about Ashley Madison.  I am fairly well versed in the interviews he has done on the View et al.  I would like to take a different angle in my interview with Mr. Biderman.  Now that Ashley Madison has been in operation for just over a decade I would like to explore with Mr. Biderman how his idea has evolved, has it achieved it's mission, what has surprised him about it's evolution, and is he surprised how the site has affected pop culture.  This interview would be part of a 4th anniversary of signing up with Ashley Madison post for myself.  While my blog tends to be "tongue in cheek," I do want this post to be somewhat reverent as I contemplate my past four years as others do over assessing their experiences with Ashley Madison.

How may I schedule an interview with Mr. Biderman?

Many thanks for your consideration,

Much like Ashley Madison itself the generic rarely works.  I got no response.  I suppose that letter was analogous to the archetypal "shirtless selfie in the mirror."  I decided I needed to really connect and to call the phone number listed for media contacts on the web page.

So on a Friday afternoon I picked up my phone and called the 866 media number for Ashley Madison and after a few rings I hear a very vibrant and professional female voice "this is Ashley with Avid Media, how can I help you."  I'm thrown already did she say she was "Ashley?"  Does Ashley really exist or is that just something they all say when they answer?

I think to myself hmmm, then I shake it off and proceed.

Ryan:   ur uh, I am a blogger who writes about experiences on Ashley Madison, how might I get an interview with Mr. Biderman or anyone else who can tell me a little about the evolution of Ashley Madison?

Ashley:  Mr. Biderman is not available right now but if you send me an e-mail outlining what you need I'll make sure you get your answers.

Ryan:  Uh OK, I did send an e-mail to media@ashleymadison.com and didn't get a response how can I make that happen.

Ashley:  Let me give you my direct e-mail.  Send me your questions and I'll make sure you get your answers.

Ryan:  Oh hold on let me write that down, did you say Ashley?

Ryan:   Uh, err, uh.... yeah, I guess you are right.  I guess it's just odd that, you know, you work for Ashley Madison and your name is Ashley.  That's why they named the company Ashley right!?  Because it's so common! 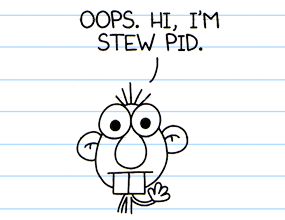 Ryan:  OK!  Thanks!  You've been a big help, I'll get those questions right to you.

Are you serious "your name is really Ashley, that's odd?"  Really!

So in fact it is true that I ended up REVOLVING and returning to who I was so many years ago.  At once I had gone from suave, sophisticated, debonair, blogger extraordinaire and successful Ashley Madison navigator to some shy dude on the phone mumbling as he attempts to ask the proverbial head cheerleader out for a date.  And you know what, it felt great.  So I began thinking about those questions to Ashley in hopes that I would get some of those philosophical questions answered.  As always I love laughing at myself and I was already thinking how that little dooface incident would play out on the blog.

That night I formulated those questions along with a letter to Noel as well, though really I had been thinking about them for a few days now whilst on the elliptical at the gym (for once my mind had been focused on intellectual advances at the gym rather than that nice looking ladies posterior)!  Don't worry, eventually I looked!  See, revolving!

I also found a link to Noel's direct e-mail, though I was sure someone managed that mail for him.  I sent my questions off to Noel and Ashley and awaited my reply.

To my surprise a day later I got a reply from that note I did in fact send to Mr. Biderman,

"Ryan has someone from my organization contacted you about a call"

Sent from my BlackBerry device on the Rogers Wireless Network

Wow, might this actually work?  That actually appears to be in a form that might indicate Noel Biderman actually did in fact respond.  Who knows?

But that response did get me back to that whole evolution - revolution paradigm.

So let's just say it's a lot of time.  A lot to think about.

Which was why I was so anxious to see what Noel would say about this whole Ashley Madison evolution - revolution thing.  I was truly excited to see if I might be able to gain some wisdom or if nothing else give him the chance to talk about something other than how much Dr. Phil thinks he's a sleeze!

But now I'm thinking it is late in the day and as I ponder further thoughts, as is so often the case with me, this will necessarily be a "two-parter."  Again, Ryan with the (r)evolution.

So tune in tomorrow, next week, next month - oh some time down the road and let's see if Ryan does get those answers from Ashley to the questions that are bothering his shallow and warped soul!  :)

But, you know, I did come across a link to Ashley's blog and she apparently makes one awesome Vegan Chili!  So I'm counting myself ahead already!

So folks I'll conclude this anniversary post with this:

Email ThisBlogThis!Share to TwitterShare to FacebookShare to Pinterest
Labels: AM Advice, Blogging, Reflection

Congrats on your 400th post!! What an interesting idea. I hope you get a response. And tell us all about it, of course.

Congrats on your 400th post!! Time sure does fly by fast.

@Simplicity - thanks and of course I would set up a part I without a good part II, right!

@SL - Good to hear from you Sweet Lou, what's Bob been up too? Miss hearing from him!

Congrats on your anniversary!

Your geeky charm with Ashley was classic. No wonder the ladies are falling at your feet. ;)

Congratulations on 400 posts! Yours are so detailed, that's like 4,000 posts for the rest of us.

You are so BOLD to approach the man himself. I am truly impressed!