Ryan's Repeats - Try to Remember the Kind of September

"These are the times that try men's souls."

Yep, this time of year is very tough on a left of center guy like me.  Sure, I'd like to think the government will spend well the money I just sent them.  And as someone that has been off the tax tables for a few years now I think us 10 or so %'ers could afford to pay just a bit more even if we don't quite have that yacht or jet to write off.  But then again that quote above kind of makes me want to go all Tea Party on them.  You know if an old coot in Utah can knock his old lady up 14 times and graze his cattle for free for like 30 years then why am I making such as effort to pay!  Maybe I need some militia to help me out!  Heck all I'd like is to get a little mileage reimbursement for my travels with Sandee, a little business write-off for that hotel room, or perhaps even an educator credit for that new move I tried out last July.  Isn't that really kind of the same as grazing your cattle for free on Federal land set aside to protect turtles?  I promise I thought about work a little bit even if the thought was how glad I was to be there instead of work.  But none the less I think I deserve as much of a free pass on taxes as that Bundy dude out in Utah!

But if I don't like tax day I sure love writing about it.

Here are my past year's returns Tax Day rants from prior years.

But today is not really about taxes, it's about the time of year.  Last year I reflected on the cycle of the year and how my feelings have changed over the years.  As a kid April used to be a time of renewal for me, a time to start looking forward to the summer.  I still enjoy seeing the flowers come out for the first time.  If you live around here those Cherry and Apple Blossoms are spectacular!  But April does mean those pesky taxes and for Ryan (who actually, though I kid a lot, is still a bit of a work-a-holic in real life) this is the busiest time of year.  So I'll leave you with my reflections from last year of how each season of the year affects my psyche.

Knowing my psyche hopefully what affects it is entertaining to you if not silly!

Just so you know I'm a very cerebral person.  I think a lot.  The dif

ference between me and say Einstein is not how much we think it's more about what we think about.  He thought about stuff like time and space and the universe.  Me, I'm the kind of guy that wonders why people all line up at one end of the buffet even though they could go straight to the salad bar and avoid the lines.  I had a roommate in college that thought like me.  We used to talk about a lot of weighty topics.  I remember he once said he was allergic to mint and we had a whole discussion one night about if one could in fact be allergic to mint.  I held that you couldn't because mint was a flavor and thus contained no matter with which to be allergic too.  He countered with "so you're saying mint flavoring is anti-matter?"  He said that mint did have a leaf so it did have matter.  I think he won because oils really can cause allergic reactions (e.g. nutes).  We also used to talk about other things like our desire to be "bubble guys" at sporting events.  You know the guys that used to hold up that satellite disc that uploaded the camera feed.  I know shallow, but that is the stupid stuff I used to think about in college and sometimes still do.  In many cases I'm still that cerebral person on issues of no consequence!  :)

Along those lines I never quite understood that song above (Try to Remember).  To me September never really seemed very mellow at all.  It meant that I was back to school and things in fact seemed really hectic.  I never looked forward to September at all, it certainly was not mellow.  Through my career Septembers have remained very hectic, it just tends to be a very busy time at work.

Over the past 20 or so years, much as I did growing up, I always looked forward to the holidays and to May and then into summer.  I also always dreaded the gloom and doom of January.  It was back to school or back to work and those long winter months seemed an eternity to the longed for relaxation and relative easy of May and June.

But over the past five years I have kind of evolved and changed my tune.  September is still hectic but the excitement of fall and back to school is invigorating after the long summer months.  Summer can be inconsistent and off-schedule.  By the time September gets here I tend to be glad it's on it's way.  The holidays are still great.  Seeing the joy of children is always exciting.  But for an adult, the inconsistency can be exhausting in it's own way.  In fact the dread of Winter is now something I look forward too.  January and February tend to be months when we do NOTHING.  And I like it.  No camps, no performances, no vacations, no big events at work just the same old, same old which can be very relaxing.  At least until I get bored and start looking forward to Spring and the excitement of those end of year activities and the joy of planning for Spring Break and summer vacations.

I guess what I'm getting at is that as I get older I've evolved and I enjoy the pace of the entire year.  I tend to want to savor everything and enjoy each moment as if I were sampling a fine Merlot.


Yeah, that is what I want to talk about today the evolutionary process.  That's a weighty topic I can really sink my teeth into in my own way.  Another thing we used to talk about back in college is how all the hot girls disappeared over the winter.  In early September and late April the bikinis came out as the girls layed out in from of ****** ******* Hall at Big State U.  But in January and February it was as if they disappeared.  Big State U was a frozen wasteland; a veritable Land North of the Wall with nothing to look at but fellow male Night's Watchmen.  Depressing.

But as with my evolution in finding satisfaction with all seasons of the year so society evolves.  And so my evolutionary hypothesis is that the female species is advancing faster than their male counterpart.  How do I come to this conclusion you ask.  By natural selection of course.  Females are evolving and us poor guys are just getting left in the dust. 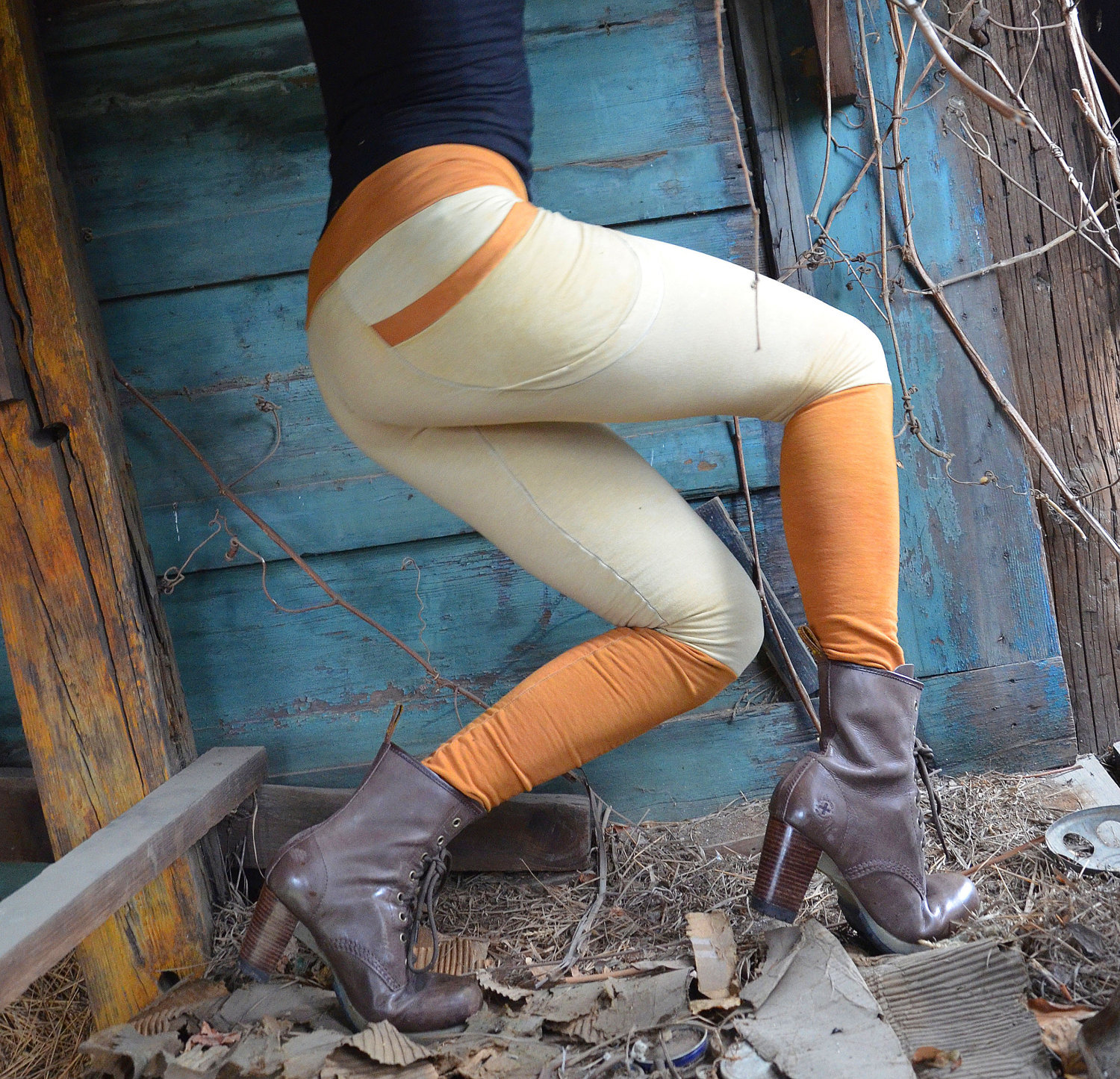 My evolutionary evidence and I guess you could say "tribute" of the day is to Yoga pants.  People like Einstein might celebrate the Theory of Relativity. I celebrate the invention of Yoga pants and the evolutionary tract that yoga pants have created for womankind.  For with Yoga pants those "Hotties" no longer have to hibernate over the winter.  Now they can flash those nice round ass cheeks in public 12 months a year in warmth and comfort.  This is truly an evolutionary step forward.  I know this because there is even a website for Women in Yoga Pants.

Guys?  We just look even more fat in that gigantic North Face jacket. The stocking cap doesn't hide the fact that you are bald.  That Ravens hoodie you are wearing just makes you look like a big black tent with a stupid bird emblem on the side.  Let's face it unless you are still able to keep up that ex-swimmer figure or you're one of those Metro-sexual European dudes, no matter what you do you are still a middle aged guy with no style.

But if you are a lady just slip on a sleek black pair of yoga pants and Badonga-donk!  Yep, we're looking at ya'!  Yes those yoga pants are oh so good at keeping things curving just right; framing those cheeks perfectly.  Who'd of thought that the next great invention would be a way for a woman to just roll out of bed, tie her hair up in a scrunchie, pull on some pants, and then turn heads like Beyonce!  Nobody is going to call the cops on you for public indecency and yet in them we can tell just what it's going to look like when we are in front of the mirror (us behind you).  And that is a beautiful mental image.  And yes, stay with the scrunchie, it's hot knowing just what you are going to look like tomorrow morning when I wake up next to you!  Because you know that evolutionary thing means don't make it too complicated for us to figure it out (we're only about 2 genomes away from Neanderthals you know).

OMG, and you have to check out this article.  Apparently you don't have to bend over and prove your yoga pants are too sheer at Luluemon boutique in NYC!  But if you are with me you are still welcome too!

So ladies, congratulations (as if you didn't know it already) you win the evolution game.  I quit, I need to get back to my twinkie and NASCAR!  :)