Desperate but Not Serious 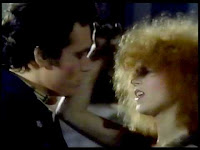 "If I ask you difficult questions,
if I make improper suggestions,
would you find that a risk to your health,
would you put me up on the bookshelf
with the books and the plants?"

Oh don't give me those weird looks, I bet you liked Adam Ant in the 80's as well.  That is if you were alive and listening to MTV back then and not one of those Millineal folk who think MTV is for shows about Catfish, idiots from New Jersey, and knocked up teens.  Who didn't love Adam Ant's playful and delightfully sexy videos back when MTV did play music.  The lyrics are fun and the videos are eye catching for sure but I actually like the songs; to me they are quite clever.  As a former marching band person I love the drum and bugle corps feel with the crisp percussion and histrionic horns peppered through this arrangement of this 1982 track from his first solo album. 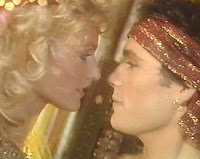 I also love the implications of the lyrics, they are so Ryan; a slave to impulse but always refusing to take things too seriously.

You know it seems to me it's been ages sense I wrote anything.  We have a reality TV star running for President now, is this the new reality?  Is fiction reality or reality fiction?  Was the past reality or just a fantasy?  Was Ashley Madison just a dream?  Does it even exist anymore?  Does anything exist anymore, or is everything simply what can be canned and packaged for quick and easy consumption.

I think I lost my train of thought.

Well, if you read the news last fall you would have thought it was all going to come to an end for me and everyone else on Ashley Madison.

Here is what I had to say at the time.

Funny that whenever we think the end is nigh, something comes in to replace the end and the ending we expected never comes and we eventually forget we were even expecting it.

Back when Ashley Madison was hacked I did think the end might be nigh or at least perhaps at the end of the off ramp at my exit.

As I mentioned in a post a few months ago I indeed planned on ending my AM activities.  But in the name of social sciences I decided on a slow Friday to peruse AM one more time to see if anyone was still out there.  One of my blogging friends, Sassy, had said she had heard AM activity had actually gone up post-hack.  I guess that validates the assumptions that any publicity, even bad, is good publicity or that people are simply stupid.  I think either makes sense.  So I logged on and looked, nothing really new or exciting per se; many of the same ladies who've been around from years it seems.  I logged off thinking that I may very well delete the account in the next few days.

Funny thing about Ashley Madison, it really is like game theory, the more you play the better your chances.  You see, you need to log on periodically so that your name comes up in searches by ladies who are searching for Gents.  If you don't log on your name doesn't go as far up on the pile.  Log on and you may be at the top of a search; you really never know.  The only known is don't play, don't win.

So when I did check my "mischief" e-mail a day later I got that old twinge of excitement when I saw two new notifications from Ashley Madison.  Furthering the excitement was that the two notes were from the same lady.  Now, back in years gone by I would be excited by that because two notes from the same lady would have meant someone had opened my priority note and then actually responded.  But, I had not written anybody?  What would this mean?

I clicked onto AM and then clicked onto my inbox.  Two notes from a Sunny69 with a tagline of "thank you for the sunshine."  Wow, she quotes lyrics; I already like her.  So the wink was nothing out of the ordinary; I have gotten many over the years.  They are usually online hosts and online hosts are always more voracious when you've logged on after being off for some time.  But this was different.  OMG, she sent me her picture passkey unsolicited!  Women NEVER do that!  Hey, she's pretty good looking.  I look at her profile, she's close and sounds pretty cool.  She is in her late 40's and wrote regular stuff on her profile.  Note - one does occasionally get unsolicited picture passkeys from 22 year women from China who say they want to "suck you longtime," but they tend to actually be dudes from some country that ends in slovakia.  Sunny says that she would like to meets someone that knows the difference between having an effect on someone and being able to positively affect the way someone feels.  I love a good grammatical challenge!

I had 5 credits left on my account, this was perfect.  One final message from the great Ryan.  Kind of like Kobe scoring 60 in his last game.  I'll make this one of my best.

I wrote her using most of the 2,000 characters available, addressing all of her checks; just like Riff used to say to do.  I wrote sentences using the noun effect and the verb to affect so she would know I read her profile and know how to use grammar correctly.

I also took a chance and included a good joke on her home state as she mentioned liking humor and we often forget about that place around here even though it's in our back yard, kind of like the county dump on the other side of the hill.

I hit send not sure if this would be the last AM message I would ever send.  I really wasn't nervous, if it was the last message that would be OK with me.

As fate often does I would get back mixed signals.  Sunny did write back as I did have a note on my inbox.  This was perfect as once someone writes back you can always reply on AM free of charge, as long as you don't need to upgrade to a priority message.  But then again, AM will always get you when you think you got a deal.  Apparently if you don't have any credits you are not considered a "premium" member and even though you paid to send the original message and thus should be entitled to the normal free reply you ain't!  So now I have a response to the last and greatest message I ever sent and no ability to read the reply unless I plop down another $90 for a budget membership.

Obviously upset by the outrage I deleted my account and signed off.

Off course a normal person not driven by pride and ego would have done that, but I had to know what her response was; I mean this was a great message I had sent.  I actually spent time on it, my ego had to know the outcome.

So ante up I did.

Sunny's response was not long as women's reply's never are but she did say I was funny and wanted to know more about me.  She asked if I had an e-mail we could message through as she was getting tired "of all the penis shots on this crazy site."  Funny, women always say that, are penis that much in oversupply on AM?

I said I did and I asked her for her e-mail. 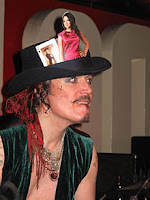 Sunny turned out to be pretty cool.  The next month would be pretty interesting.  It certainly supported Mr. Ant's lyrics in his silly little song that in fact has some good take-aways.  I tell you one take away I get is stay active in your business lest you turn out looking like Adam to the right, YIKES!

All the advice seems so unkind.
If you don't stop, you will go blind!"
They tell you it's none of their business
and console you with a big kiss
on the lips and on the back of your neck
(oh heck)!"

Posted by Ryan Beaumont at 7:55 AM

Email ThisBlogThis!Share to TwitterShare to FacebookShare to Pinterest
Labels: AM Adventures - the E Queens

Interesting as we have discussed Ashley Madison via email! I do not have an open profile but pop in occasionally just to search after all I can window shop without purchasing! Unfortunately I do note that the same old tired profiles are still circulating. I also believe that AM are now using bots for male profiles as there are several with exactly the same tagline and names but ending in 1, 2 etc. I do miss the thrill of the new ones and the developing relationships but I feel no need to peruse I am happy as I am.

As to the music, I totally agree. I have arguments with my children over the fact that I grew up with people who wrote, played and sung their music, far better from the manufactured pop and fake celebrity of today. We in the UK have the X Factor and the Voice, fortunately they are waning, they are tortuous Saturday night viewing. I saw Adam Ant years ago after my foray into Punk.

Off to see the Boss next week a teenage discovery that has threaded through all my life.

I have a fondness for AM I met a wonderful person plus other characters, I was able to open up my sex life. I firmly believe it saves a lot of marriage, having that fling elsewhere can keep the Home Fires burning. I shall miss when you decide to hang up your blogging hat