The Air is Still within the Silence of My Room

Wow, I'm proud of myself.  I have been living on re-posts and Kat's Chain blog for almost three months now!  Laziness can so fulfilling!  But it was a fun summer and actually I am kind of anxious now to resume my Sandee story.  Just in case you were curious where we left off in my Sandee story you can check back here.  That last post (from May) was about stuff that was happening around mid-January.  So where did we go from there?

Well as I wrote once before winter's and holiday's can be bad of affairs.  Well this past winter was pretty mild so it didn't interfere with Sandee and I too much.

What really happened over those winter months of January though March is that we got into a very quick and comfortable routine.  Sandee lives close by and her job ended up being fairly flexible in spite of what she originally had told me before meeting.  My job is pretty flexible as well so we were able to meet on a weekly basis; sometimes more often.

Now that doesn't mean every time we met was a *uck-a-palooza; in fact most of the time we were just hanging out. 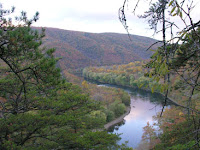 What was relaxing and fulfilling was how quickly we formed rituals and somewhat of a history.  Of course there was our famous boating trip and all her crazy antics before we met.  But there also became our breakfast place, our spot on the river to walk, and certain places we would meet before our "soup" dates.  It quickly became very comfortable.  I very much enjoyed the fact that she often told me how relaxed she was when around me.

For Sandee life was not getting any easier though.  She was getting fed up with a verbally abusive husband who was passive agressive and may have been having his own affair.  It's funny how in so many relationships there is the conciliator and then there is the one who draws lines in the sand.  It makes it hard when you are the one prone to make peace to deal with the one who dares you to withdraw or fight.  Sandee was starting to reach out to family to see who could help if she made a move out of her current life.

I was worried the few times she took weekend trips back to her hometown.  Each time she returned I breathed a sigh of relief.

But when we were together everything seemed just fine.  We did listen to one another but mostly we just enjoyed being "in the moment."  I was finally actually doing that which I had always said I wanted in all those AM notes over the past two years.

What did have me curious though was the chance to go rafting again with Sandee.  It's not that I am a masochist and wanted to plunge into the river again, it was that I wanted to go visit the place Sandee had wanted to show me in the first place.  The place we didn't go on the day of my big splash.


Btw, the lyrics for today's title may not seem to go so well for today's post but they are from one of my favorite Gordon Lightfoot songs, "Song for a Winter's Night."  As I have written before I love Gordo, he is definitely one of my all-time favorite artists.  The song evokes wonderful images of winter and has in fact been covered by artist such as Sarah McLachlan and used on holiday albums.  Of course Lightfoot paints such beautiful images in all his songs.  He is originally from Orilla, Ontario (Canada) and obviously that upbringing along the Great Lakes formed impressions that would shape his songs throughout his career.

Your link for Song for a Winter's Night appears to be bad. Too bad. It, too, is one of my favorite Gordon Lightfoot songs!