Let's Get Lost in the Magic Place All Alone Now 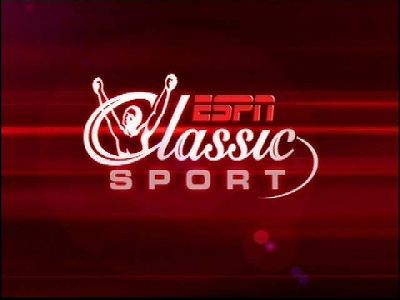 I love this month's topic - The Super Bowl of Sex.  The Super Bowl is still three weeks away and one thing I love is when they show highlights of all those past Super Bowls on ESPN Classic leading up to the Big Game.

So because I love ESPN Classic and ripping off ideas I did some links to the Super Bowl *ucks of my past (as I've blogged them) and lead up to the end for my Super Bowl of Sex for this month's chain.

Super Bowl I - A Beach Weekend with Bethany

And now for Super Bowl VI which really won't make much sense since chronologically it occured sometime between Super Bowl IV and V.  But then again this is just a silly blog.

The Super Bowl (VI) of Sex
A Mountain Retreat with Shannon

Recently I wrote in a post that I am an environmental *ucker.  That doesn't mean I'm a big time Greenpeace activist, it means that the setting is as important as the act for me when it comes to sex. Truth be told I like good old missionary and am perfectly happy with that if it's say in a fine hotel in New Orleans on New Year's Eve.  I enjoy a little kink now and again but I still need the good atmosphere for it to work for me.

Now I do like the outdoors and I do like water but still all things considered I enjoy the overall atmosphere and events that lead up to the encounter.  I enjoy the anticipation and the lead up to sex as much as the actual sex.

After getting married Shannon and I lived in a small town in the deep South.  We did not like it and I worked way too often.  I got a promotion to a job back on the East Coast in a town we both liked.  I didn't work as much initially so things were better between us for a time.  During this time when we were still somewhat newly married but without kids we would sometimes drive away for a weekend getaway.

One spring weekend we drove up into the mountains to a very quaint artsy town near a beautiful river.  There used to be a railroad along the river and it is now a "rail to trail" conversion.  Our thought was to get in on a Friday, enjoy a nice dinner, wake up and go for a nice hike the next day, and enjoy another nice diner that evening.  Of course I assumed there would be a lot of enjoyable sex in between.  After all, if there wasn't this would not be a very good story for Kat's Blog Chain would it?

We arrived in the town around dinner time and ate at a sports bar in the hotel.  It was a little late so we just walked around town a little and then went into the room.  Shannon decided to take a shower.  My impulse was to watch some sports but then I got up and went into the bathroom and peaked through the curtains and asked if she needed a back rub.  She said sure.  For the next 20 minutes we enjoyed a steamy soapy bath.  It was a little too small to comforably have sex standing up but we got enough of an intro to be fairly energized.

I got out and dried off an then did my normal Greek statue posing thing laying on the bed naked and waiting for her.  She came around the courner and layed on top of me.  For some reason I always found that really exciting feeling her naked body on top of me.  She rubbed my legs and then moved underneath me and massaged my cock with her soft hands.  As she rubbed I slowly rotated over and allowed her to then fit her beautiful and delicate body on top of me.  She moved over me and reached behind rubbing my balls.  After severall minutes she collapsed on top of me and from underneath her I pumped hard until we were finished.  We were actually fairly tired so I don't remember the rest of the night being much more than the sort of tender married cuddling one is normally accustomed to but it did feel great.

The next morning we woke up and walked down the street to an inn for breakfast.

After breakfast it was onto a state park and a walk through some striking rock formations.  After the state park we drove down to the river to walk along the trail.

The trail and the river were quite tranquil.  We walked for what must have been a few miles.  At one point we reached a bend in the river and saw several rocks that seemed to lead out to an island.  Shannon is not the adventurous type but I talked her into hopping those rocks to venture out to the island.  I had something in mind!

Once on the island and facing away from the trail we were completely alone within that valley below the mountains.  We dropped our backpacks and were kissing under a shading tree.

But lo and behold as we looked down we saw what could be discribed as a swarm of beatles crawling over the rocks around us and all the way to the river.  Actually a swarm would be an understatement.  I was a little grossed out which means that Shannon who has a major bug phobia was 'effin FREAKING!  No sex for Ryan.

Quickly we exited the island and walked back to the car.  It was late in the day so we drove back to town.

The good thing here is that under those conditions when a women's overies are "all afflutter" she can be a sex fiend.  And there is no orgasm like the orgasm you have when you don't have any protection and you don't care at all.

So what does that all mean.  It means that after we got back to the room we had another shower session with a lot of kissing, soaping, back-rubbing, and clit/dick massaging.

After the shower followed the "from behind" sex we had missed on the island but actually better here because now I had a mirror where I could look at myself plunging into Shannon's gorgeous flanks from up close and through the mirror.

I am never quite able to orgasm from behind though.  And so we fell back into a missionary postion and what I will now describe as my Super Bowl of sex.  For as I have said I am an environmental *ucker.  No this was not kinky; what remained was just plain old vanilla missionary sex.  But it was the atmosphere and the lead up that did it for me as always.

As I settled on top of Shannon's body, the body that has always felt like it fit just right for mine, we got into that perfect rhythm.  After a wonderful day, with no cares in the world, and being in that blissful unified rhythm as one we orgasmed together.

Exhausted from the day we just remained in that last position soaked in sweat but feeling great.

Posted by Ryan Beaumont at 3:42 PM

Wow! (Sassy fans herself) That was stunning... thank you for sharing your adventure. Quite the atmosphere! It's fun being on the chain gang with you!

Wow.that was one hell of a experience.I guess :)
Promotional backpacks