A Message to You (Ryan)

In my new streamlined format I'll probably just be doing one post a month on my current affairs (double meaning here).  So here it is.

I think our last Sandee post took us just past the New Year.  So I guess I should fill you in on what I've been doing over the winter and spring.  Of course around here winter could be two weeks ago and spring could have been back in February.  But that is a question about global warming and other nonsense so let's just keep it simple.  What have I been up to recently.

That last Sandee post was kind of reflective almost.  If you read it you might think I sat around and contemplated deep feelings and was getting in touch with emotions.  Maybe I was reflecting on how I fit into this universe and what was the meaning of life.  Sometimes I do stuff like that but then invariably Talledega Nights comes on and I grab a beer and some BBQ chips and come back to Ryan-reality!

So here was the deal.  Shannon didn't want a divorce but damn sure wasn't going to do anything to make our marriage better.  I had to decide if I was going to make one final effort or just give up.  Give up sounded cheaper and easier than another $350 spa certificate and $80 bottle of North Coast Pinot that surely would work no better than the last trip to Nemocolin or Boca Raton worked.

Sandee was in a miserable marriage and needed to escape.  We continued to have a great time together whenever we could.  But the clock was ticking.  I couldn't expect for her to stick around indefinitely.  If she could get a job back home near her folks and escape her jerk of a husband I'd be the first to tell her go; I cared for her that much.  Then again, if I cared for her wouldn't I divorce my wife.  But then again part of what made Sandee attracted to me is that I did care and what kind of person would I be if I made my kids deal with a divorce?  If I was that uncaring how could I care about Sandee and she for me.

I lost my train of thought.  Bottom line I really didn't know what the *uck to do.  Hey this is a blog, you ain't my boss so I can admit stupidity here.

So in this position what would you do, what would any sane middle aged man do?

That's right, you'd log onto Ashley Madison again.  You know the blog is getting kind of boring don't I owe it to the world to go out and find some new material? 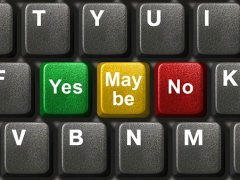 That's right, I do!  I do owe it to my dear readers to log on.  And you know it never hurts to keep up your skills.  I could just write to a few ladies, no commitment, and just keep my fingers in shape so to speak just in case I really do want to seek a new lady.

And so on a cold night when I was working late in February I logged onto AM and found an old friend of sorts.  Really not an old friend just a very interesting lady I wrote to the last time I faced a moral dilemma and ran to AM in response.

Her caption read "Just looking for Rhett Butler."  That was pretty much all I needed, I got that in SPADES!  I wrote about 1,500 characters of my best stuff.

As before she wrote back - "you are hilarious."

Over the next few days I sent several messages to her with all my best stuff.  We had a big snow storm and I had ample opportunity to ask her if she was OK (seeming caring) and yet funny and cool asking stuff like "are you taking advantage of all these flakes to get in some good skiing" or "any good snowball fights down there?"  I was generally getting messages back (encouraging) but always cryptic "darlin' we got 17 inches down here, no lights for three days," was one reply.

That "darlin'" thing really got to me.  A gorgeous blond with rapier wit and intelligence and she is prone to saying "darlin'."  I was smitten, you know I have a weakness for sassy Southern Belles!  Quick message to ladies out there who go through hoops to make men interested, often it just takes something easy like saying "darlin'" to us!  :)

At some point you might have asked about my title today, "A Message to You.." It sounds so severe.  What message should Ryan be getting.  Well in the height of desperation guys will do the strangest things.  As one who blogs about AM you might think me immune to such poor etiquette on the site.  But faced with a women who seemed to be what one might call "the Holy Grail" of ladies on AM even the great Ryan was prone to doing something stupid.

So here is what I did.

We had talked about our familiarity with the general area where she lives.  Remember she was a little outside my normal range, about a 1.5 hours south.  I remembered going to a restaurant near to where she lived that had been voted as the "Best Bathroom in the South" by Southern Living Magazine.  I kid you not they had the cover framed right there in the "throne room" as you might say!  This was a pretty well known restaurant and has that great and quaint Southern grace about it.  I thought mentioning the restaurant along with it's well earned prize would be the perfect balance of style, class, and humor (as she did seem to enjoy humor).  But then hubris got the best of me.  I wanted to roll the dice, up the ante.  You see I'm a pretty good looking guy and of course I am a fantastic writer (you know) but this lady (according to her pics) was really at a different level I have to admit.   Knowing she was a nurse I assumed (maybe wrongfully) that she would be prone to seeking a doctor with a Jag with looks like Dr. McDreamy.  I needed some separation, something that screamed "this was the guy to be with, Mr. Excitement!"

So I thought, what do I have that really makes me stand out?  Of course these are the times that rational thoughts melt away and gravity pulls the cognitive process down to organs south of the brain.  It's when a guy starts thinking with that famous organ about half way from his brain to the floor that problems arise.

In that moment of cognitive penile rationalization I realized, "I've got it," I'm a world renowned blogger!  :)

And so toward the end of my message I did roll those dice and said.  Oh btw I do write a blog of some note http://regularguygonebad.blogspot.com/.  Check it out some time, I'd love to here some of your impressions of this silly little site.

The next day I see a message in my mischief e-mail box "Message from VaNurse4U."  I was excited, I logged on to Ashley Madison only to find out the "note" was a notification that my "Private Access" had been revoked.  Darn, what a tease but lesson learned, the blogging tactic doesn't work so well.  Well, let's be real; it don't work when you write a lame blog about Ashley Madison Adventures!  :)

Well no damage really done there.  An opportunity that was probably never really there lost.  I hid my AM profile and logged off.

But lo and behold out of nowhere (well not really nowhere just Plenty of Fish) came a familiar message from another long lost friend.

You see amid that desperation I not only logged onto AM, I logged onto that other site POF.  Actually I did a few more notes on POF because, you know, you can do that for free and I am always a fan of free.

So practically a hour after getting my notice on AM from VaNurse4U, a message from Gr8Lady4U came into my mischief e-mail box as well (via POF).  At first I didn't think too much on it.  The ladies on POF tend to be a little more forward, it is not unusual for me to get a wink or even a quick message.  Most of the time the message is from "MotorCycleGranny4U" so I don't get too excited.

But immediately I remembered her.

Hey there surprised to still see you here.  Have you not met anyone.  I still think about getting over to ********, would still love a tour if you are still in the tour guide business.

Hope you are doing well, M

It was Mrs. Decorator from my old e-mail queen days.  I think I also referred to her as "Sandra-lite."

I wrote back and included an article that I had recently read that I thought she would enjoy.

By the end of the day I got back:


You gotta listen to the song below - what a great cautionary tale for AM!  :)


"Stop your messing around


Better think of your future


Time you straighten right out

That is the beauty of online "dating". You can chat, spice up a boring day, but yet there isn't much pressure if you're still on the fence about what you want to do...

Look forward to hearing more about your adventures and mischief email