The Cold Never Bothered Me Anyway

Wow, as a left of center guy I feel rather odd quoting a member of President Bush's cabinet.  However, that is just the type of quote I love.  It seems so ridiculously silly and obvious!  But as one columnist said in response it is "in fact a brilliant distillation of quite a complex matter."

Actually, I was at a conference this weekend and someone used the quote and I just liked it!  But the quote ties into something else I ran across recently that is at the heart of today's post.  Johari's window is a simple and very elegant way of self assessment, understanding your relationships to others, and most importantly how others see you.  To look through Johari's window is to look into the knowns and the unknowns and it can, in fact, be quite scary but quite illuminating. 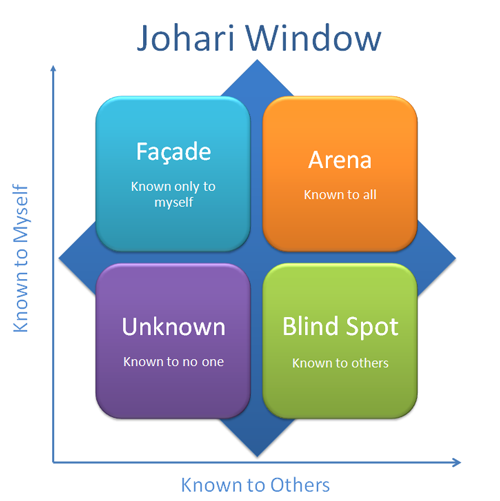 I rather think this is why blogging, and perhaps Ashley Madison, are so enjoyable to us.  By blogging we get to stay within our Facade and only allow others into our Arena.  On the blogosphere we don't have to worry about our blind spots and those scary unknowns!

But as I thought of Johari's window I began to realize that a marriage is the ultimate Johari's window.  There are things we both know; he watches too much football, she love's to plan vacations.  There are the things we suspect; I know he hates it when I crack my knuckles, I know she hates that I leave the bathroom light on.  But then there are the true unknown unknowns (our "Bling Spots"); he is on a "married dating" website because he needs to be needed and she hasn't needed him in years, she has connection issues formed out of issues she had with her parents that may mean that she will never be able to be emotionally connected to someone and bring down that titanic sized cognitive brick wall that stands between them and being physically and mentally connected. 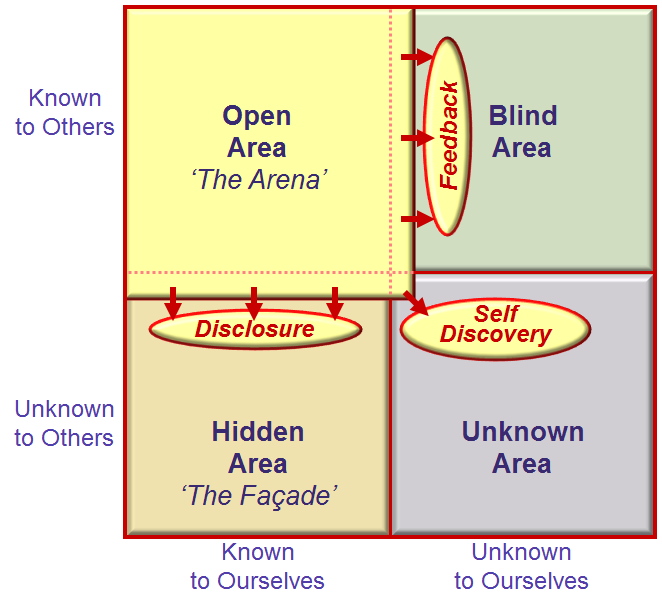 I tend to be a zealot at self assessment.  Perhaps that is why I started these "Shannon Stories."  Or perhaps it's just story development because I like to know what characters in a story think and feel, even the one's I may not like.  Anyway, as I look back I think these "Shannon Stories" may be my own Johari's Window and maybe through wedging myself through self discovery I've forced myself to look into those unknown, unknowns.

Something about Disney's Frozen has really spoken to me.  I think at first I was simply delighted that a Disney movie was out for the holidays.  But lately it seems every time a new Disney movie comes out I'm anxious to see it with my girls because I think this might be the last one that's magical to them.  I remember taking ******* to Brother Bear so long ago now.  It was her first movie.  Disney has been very special to us, I hope for my girls there will always be something magical in life for them.

But as I watched the movie I began to feel connected to Elsa.

As a girl I always tried to be a good girl.  But looking back my parents did very little to make me feel validated and they certainly were not very loving.  My mom went through erratic mood swings and when she was mad at me she simply wouldn't talk to me for days.  My dad had the quick temper and would yell as I played the piano on a Sunday afternoon when he was trying to watch the NFL.  I felt emasculated.  However, I do have to say that dad, while hot tempered, always cooled off fast and apologized.  Yet, still, he is not an affectionate man and never has been one to compliment. 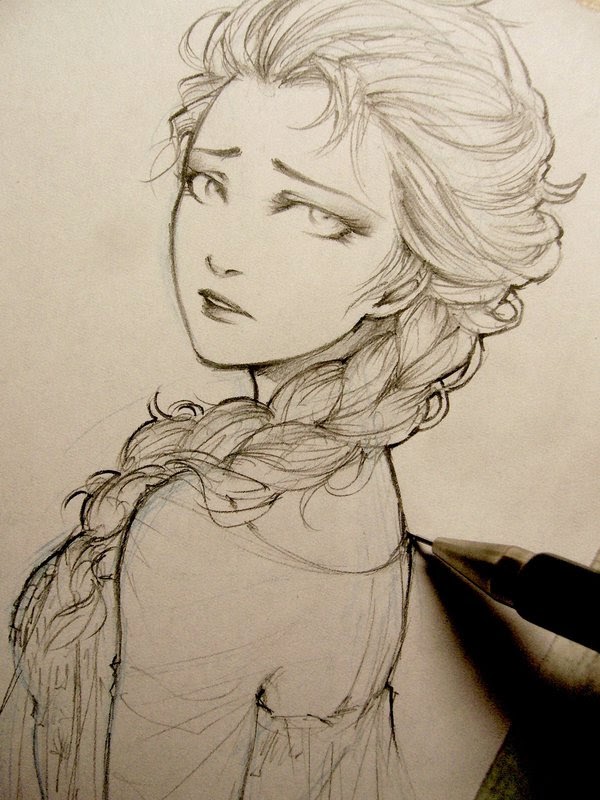 Still I tried to please but over the years I became evermore used to being disappointed.  I won prizes as a pianist and was quite a good dancer.  But my dad was more interested in golf or whatever game he had bet on, he was not often at my recitals.  My mom on the other hand was always there but not really in spirit.  I always knew she was living vicariously through my sister and I.  My mom too was not close with her mom and I'm sure felt inadequate.  My grandma often spoke poorly too her in front of us.  I'm not sure if it was because of that treatment but for whatever reason my mom was for all intense purposes a hermit.  Yet living vicariously through me became an immense burden.  My mom was delighted when I was a cheerleader in high school.  However, when I tired of the drama during my senior year she was infuriated when I quit.  She wouldn't talk to me and said she was embarrassed. How do you say that to a child, what damage does it do?

When I met Ryan I felt I could escape.  Yet soon I felt alone again.  Ryan was always nice enough but his distance was one of career focus.  I don't think Ryan is a bad person he is just unable to see the reflection of his hubris through the brilliant glow of that ego.  To Ryan life is a succession plan where priority one is career aspirations.  I was just along for the ride.  He treated me conscientiously but more as a pet than wife.

"A Kingdom of isolation and it looks like I'm the Queen," yeah sing it Elsa; I'm with you!

I don't think Ryan ever really even noticed as I drifted away until I was too far gone.

Work for me has been a love-hate relationship.  It has torn me from my girls too often and that is a fate I will always suffer interminably.  But as I have fought to preserve my sanity and fought to be a good mother I have realized freedom through my own success and from gaining recognition from people I admire and care for and who care for me.

I soon found myself in Elsa's place "the fears that once controlled me can't get to me all.  It's time to see what I can do, to test the limits and break through."  While my travels have often been a burden I've gone places, met people, done things I scarcely could have conceived of back in school.

As I had success I didn't have to count on Ryan or my parents anymore.  I could lead life my way.

And it's true "it's funny how some distance makes everything seem small."  As I fly through the air each week to another destination I find the weekly battles with Ryan so small.  What matters is my girls and the magic of now.  I want to live for now!  "Here I'll stand, let the storm rage on!" 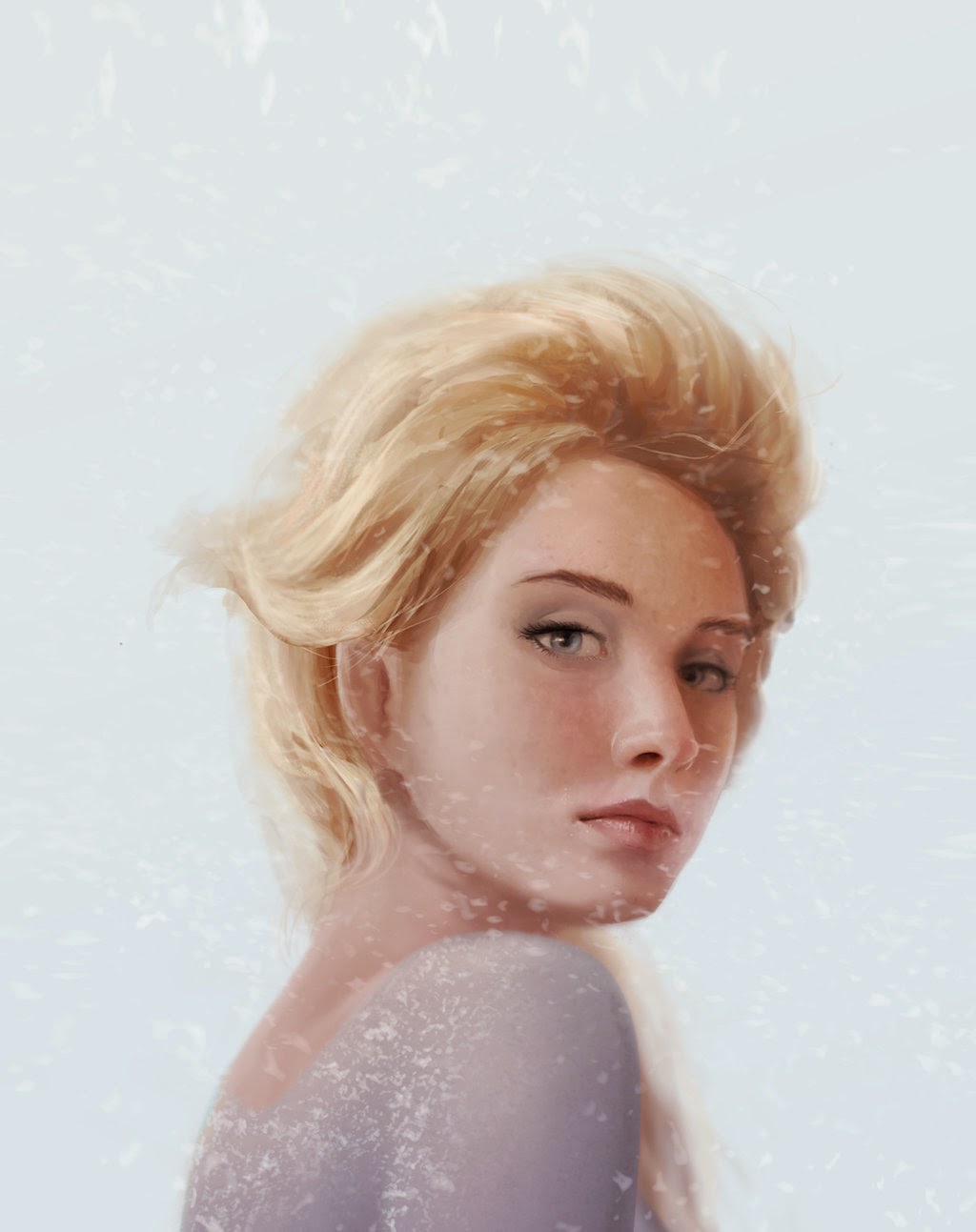 But if inside my love of my girls warms my soul, I fear, like Elsa, on the outside those icy blasts crystallize my soul.

Elsa sings "the cold never bothered me anyway."  And now I identify with that.

The other day I was sitting in a crowd at my daughter's basketball game.  There were a lot of people there, sweaty people who had probably just come from Wal-Mart.  I realized and even exclaimed to Ryan "I don't like being touched."  Obviously in those situations not many people would wish to be touched but later that night I thought about that statement and why it seemed to traverse my whole psyche.  In fact, I don't like to be touched anymore or perhaps never did.  Now that doesn't involve my daughter's who I could cuddle with all day or my little kitten cat who I love as well.  But other's - not so much. 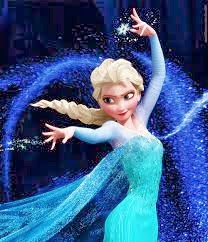 Has a feeling that started out as a child branched out in "frozen fractals" within my soul?  I don't know.  I do know that often, after my travels, all I want is to be alone in my chair and at peace with my New Yorker and a glass of wine.  The peace of that solitude and the tranquility of the slow pace is a spa treatment for my mind.  What I also know is that while on the one side I am warmed by the magic of seeing my girls enchanted I easily turn away from the others in my life because as I've learned

"the cold never bothered me anyway."

"The snow glows white on the mountain tonight,


not a footprint to be seen.


A kingdom of isolation and it looks like I'm the queen.


The wind is howling like this swirling storm inside.
Couldn't keep it in, Heaven knows I tried.
Don't let them in, don't let them see.
Be the good girl you always have to be.
Conceal, don't feel, don't let them know.
Well, now they know!


Can't hold it back any more.


Turn away and slam the door.
I don't care what they're going to say.
Let the storm rage on.
The cold never bothered me anyway.


It's funny how some distance,


And the fears that once controlled me, can't get to me at all


It's time to see what I can do,
to test the limits and break through.
No right, no wrong, no rules for me.
I'm free!


I am one with the wind and sky.


My power flurries through the air into the ground.


My soul is spiraling in frozen fractals all around


That perfect girl is gone
Here I stand, in the light of day.


Let the storm rage on!


The cold never bothered me anyway..."

Email ThisBlogThis!Share to TwitterShare to FacebookShare to Pinterest
Labels: Shannon's Story - the Prequel