Check out this week's FFF over at Advizor's page!


The AM Adventures of Ryan the Great and Powerful! 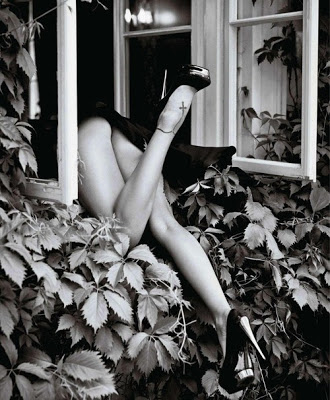 The tattoo on Evanora's ankle, a false token of fealty to an otherworldly God, was a facade masking her wicked soul.  Her reign over the Land of AM was an icy plague of despair.  The people of Munchkinland held hope though, as it was foretold a man would come with a magic wand and turn Evanora away allowing the Munchkins to Escape her terror and return AM to a place of joy.

When the strange man entered their land the Munchkins were delighted.  Surely this man could steal Evanora's wand and defeat her.

Ryan was at first delighted that these strange people were so happy to see him though confused as to why they were called Munchkins, they seemed no smaller than he stood.  They spoke of an evil witch who had reigned over them.  They wished him to defeat her.  He knew he could charm the panties off most women in their 40's so he deemed this easily accomplished.  Perhaps later he could meet Glenda the Blond Hottie from the North, he definitely wanted to "do" her in her floating bubble!

Ryan sought Evanora along the Yellow Brick Road.  As fate would have it she found him.  She arose from a puff of smoke.  Evanora had heard of the Great and Powerful Wizard who found his way into her land.  She would stop him, no man was her equal.

All cowered in her presence.  The Munchkins exclaimed "powerful wizard, steal her wand and defeat her."  Ryan could not grab the wand from Evanora.  She laughed at this false wizard.  Ryan thought himself doomed?

Evanora exclaimed "now my pretty; let's see what's under those fancy britches!"  She flipped her wand and Ryan's pants fell down.  All gasped.

"Oh my," Evanora exclaimed, "a Munchkin you aren't."  Perhaps I WILL have need of you!  This was Ryan's chance; he might be incinerated by Evanora's fire but at least he might leave this world a happy man!"  Evanora was quite HOT!

With sly confidence Ryan walked to Evanora and picked her up.  All gasped as he carried her to the house draped in Munchkinberry vines.  Ryan knelt down flipping up Evanora's dress and quickly slide her black tong down her lithe legs.  Her alabaster skin was frigid to touch.  Ryan was undaunted.  He placed his tongue firmly into her.  Her back arched and she moaned in a warming bliss.

Ryan twisted her around against the Munchkinberry vines.  Ryan entered her from behind and quickly pumped briskly.  Those icy cold cheeks were now on fire.  He grabbed her ass as their loins collided.  Evanora screamed "yes pump me with that long hot wand of yours!"  The last final powerful thrust of Ryan's magical wand lifted Evanora off the ground and onto the window-seal of the tiny hut.  She sighed in blissful relief.

Ryan sighed, "did I defeat her?"  The Munchkin Mayor said, "you did, you defeated her frigged chill by warming her soul.  Don't you realize the magic was with you all the time; it was in your magic wand."

Ryan smiled "I may not be in DC anymore, but I sure could get used to taggin' that ass from now on (as he looked at Evanora's pert round cheeks)!"


And so all sang a joyous song!

Liner Notes:  I was once joking with a fellow blogger that these FFF's would make for a good Rorschach test.  I know what my test would say!  Anyway, I've always just written about the first thing that pops into my mind when I see the picture - that's what makes it fun for me.  I saw Oz the Great and Powerful last weekend with my girls and as soon as I saw the picture for today's FFF I immediately thought of the scene in the Wizard of Oz when Dorothy's house lands on the Wicked Witch of the East when she first lands in Munchkinland.  I know I'm warped or just never grew up but I guess that's my underlying thought disorder found in the psychological interpretation of my Rorschach FFF test!   :)

Posted by Ryan Beaumont at 5:47 AM

A FOOT!!! Good for you, and a great take on the theme. I haven't seen OZ yet, but now I might have to go, I won't tell my wife why though.

Thanks for playing along, it's always great to have you on the list!!

Oh... What a gorgeous leg you have! Sent my mind racing about kissing your ankle and then your knee and... oh... where am I? Right. Great take! I adore the ding-dong song! You are so creative! Happy FFF!

@ Ad- Oz is definelty worth it if only to see Mila Kunis in skin tight leather pants!

@ Sassy - Thanks, the leg shot was an impulse thing. Unfortunately I had not shaved yet that morning! :)

Loved your take on this. And always your sense of humor.
Cole

Inspiration can come from anywhere, which can truly be dangerous, sometimes. :P

ROFLOL! It took me a while to get over to read this, but it was SO worth it! I loved the way you handled the whole thing... and nice leg. :)