Thank You for the Music

You know a great and revered President once said "fool me once er uh shame on you.... uh, uh fool me - you can't get fooled again!"

I try to live by that doctrine.  You know I once did a post with an Abba lyric title.  I guess I could chalk up using an Abba song for a title to being fooled or just an instance of bad taste.  But now this time, oh boy; this just may mean I'm a fool!  As if that was new information!  But you know what, we all like Abba and really why not just admit it here on the blog right now!  :)

But I've got a reason for using this particular song.

Well really it's more like thank you for the mommies.  You see last week was school year end musical performance week.  I've written about this before - I dread them.  We do our school's performances in the gym and by the end my back is killing me.  I literally ache for two days after.  This past week after the performance, as my youngest was getting ready for bed, I had to spread out along her floor on my stomach to try to stretch out my back.  She actually stood on top of my back (giggling) for a few seconds to free me of some of the dull ache.  But I guess that is part of being an old dude or maybe it's more about being a finely tuned athletic guy who is not used to sitting for so long.  Let's go with the virile assumption.

Anyway, I am not so thankful for the music at the school performance as often it is way off key but I do so love seeing my girls perform.  The other thing I also love and why I am so thankful today is the mommies who make it worth the pain!


The Moms of the School Musical, Part Deux (II)
Here is Part I

But today I don't want to talk about her, I want to talk about Mr. Lawyer's Trophy Wife II.  Mrs. Lawyer II is more the ex-cheerleader to Mrs. Lawyer's I ex-stripper.  There is a certain Ying and Yang to them.  It's funny because their lawyer husbands are similarly successful and arguably very handsome men and are also opposites on the Ying and Yang spectrum.  Mrs. Lawyer I's husband is the kind of lawyer you seek when you get caught with an expired tag, a hooker, and a bag of Crystal Meth on a Saturday night.  Mrs. Lawyer II's husband is the guy you talk to when you are concerned about the investment group that is putting together a package to buy your golf course.  Mr. Lawyer II is into real estate and knows what's going on behind the scenes.  You see Mr. Lawyer I on the front page of the newspaper behind the County Commissioner who just got arrested for screwing that hooker in Vegas on the County dime; Mr. Lawyer II is the one that puts together the land deal for that investment group developing the new business park.  Mr. Lawyer I is out front, Mr. Lawyer II is behind the scenes.  I know all of this probably isn't interesting to you but it is to to me so go ahead and sue me.  Wait, if you want to sue me for breach of contract that would be Mr. Young Law Couple (from an earlier post).

Anyway Mrs. Lawyer II is also a somewhat behind the scenes person while, as we know, Mrs. Lawyer I is way out there!

Mrs. Lawyer II has always been very perky and cute though perhaps just a bit "big boned" to be polite.  Still she has that behind the scenes pretty owing to immaculate cheek-bones, a perfect smile, and beautiful blue eyes.  In that sense her image mirrors that of her husband.  But over the past two years she has found a new religion - running.  I see her at my gym a few times a week in those hot yoga pants I love.  She is now running half-marathons.  She has also gone from "dirty blond" to straight blond and grown her hair out.  She has gone from Trisha Yearwood to a bit like Kristen Bell.  Except in this case going from Trisha to Kristen is more like going from a size 10 to a size 6 rather than losing 7 inches of height!  In my opinion she was perfectly fine in her Trisha Yearwood figure but nobody really consulted me.  Either way she was very attractive but now ba-baam!

This all makes me think what is all this running and personal growth replacing?  Wait, don't go there Ryan; you know the answer and you also know you can't cross that line of taking advantage either so just forget it!

Well Mrs. Lawyer's Trophy Wife II is quite nice to look at no matter how you slice it.

What is it about women with big tits that seems to make them happier and with ZERO (0) personal body space.  Mrs. Happy Tits is a very nice and gregarious women.  She always wears a smile as well as a dress that augments those tits perfectly with a low hanging flouncy neck line that provides perfect contour to her bulging cleavage.  She also can't maintain a conversation without being 1 foot in front of your face which by definition puts her tits about 1 mm from yours.  This means there is no ignoring them!

You have three choices:  (1) grin and bear it and engage her in conversation or really just listen because she is a TALKER!, (2) knowing that you can only stand and listen to the latest Paula Dean recipe and what her Peekapoo just did for so long you have to politely break free, (3) wait there is no breaking free she'll never stop talking that long and those tits are not going anywhere so about 10 seconds into the conversation you have to take a look just like you do when you pass that wreck.  And of course the physical properties of the universe dictate that at the exact moment you give up and your gaze turns downward upon those soft giant knockers your wife will break free from her conversation and finally look at you for the first time that day and catch you looking!  Which will yield a nasty stair and an uncomfortable question later that night which goes something like this "I know you were looking at her breast does that mean mine are too small?"  Oy vey, dangerous no-win territory there buddy!  :( 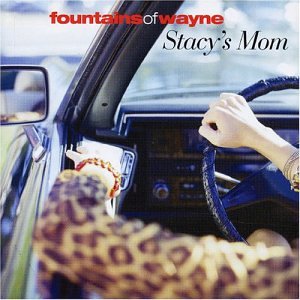 My theory is this, you can't deny our primordial urges.  As much as you enjoy looking at that 20-something hotty's tight ass on the tennis court there is just something that wakes up your prick when you see a hot mommie walking by with a few little "yard monkeys" walking behind.  It's that primordial urge of the cave man that says - "damn she's fertile, I want to plant a seed there too!"  Admit it, it's true!

Mrs. Earth mom is in her early 30's.  She is about 5'6," maybe 130# with pixie-like hair, and a cute and petite figure.  On the whole she is very attractive but I have to say I'm not sure I'd really notice her at Wegman's on a Saturday afternoon.  If you noticed she is the type you would find in the organic section buying green tea, non-animal tested shampoo, and she probably makes her own baby food.  Lacking make-up she has a certain wind-blow rusticity to her skin tone and texture.  But something about walking behind her as I take my kids into school and see her with her three small kids (ages about 2-5) makes me think.  Wow, she must have spent 5 solid years of *ucking and being pregnant.  Which for some reason is disturbingly attractive.

I'm all about value so I value high value targets.  Mrs. Plain Mom is a high value target.  She is a teachers aide and involved in a lot of things around school.  She dresses very plainly, has shoulder length brunette hair, and rarely wears make-up.  I see her often but rarely notice.  It's not that she is ugly she just doesn't stick out.  I know you are saying, typical male asshole you think women were put on this Earth to be objects of your desire - screw you!

But remember a point I put forth in my holiday mommy post.  That is all women have the capacity to be beautiful!  I really believe this and Mrs. Plain Mom (and Nerd Mom from before) are my proof.

The other night she was just a few rows ahead of us.  She was in a long soft cotton sleeveless summer-style dress.  The color was earth tone so not a eye turner.  But as I looked more closely those short locks and sleeveless dress revealed very well toned sleek shoulders that formed the start of a surprisingly appealing contour that continued down a long shapely back and slowly expanded to soft perfectly correlated curves at her hips.  She had immaculate posture so her ass is perfectly shaped with respect to width and depth.  I started to imagine how gorgeous the curve of her spine would look as my eyes moved along the valley of her back to her ass should I ever have the opportunity to be behind her.

Mrs. Plain Mom was now not so plain but was an alluring temptress amid all the other mommies who were trying so hard to be just that.  That made Mrs. Plain Mom even more attractive, the fact that she was desirable but was not trying to be so and in fact probably had no idea how much a typical guy like me might desire her.

Apparently Ms. Hot Young Teacher (from my previous post) became a Mrs. or maybe she always was and I was just not paying attention which is possible since I'm usually more interested in asses than titles anyway.  But anyway Ms. Hot Young Teacher is now Mrs. Hot Young (Knocked Up) Teacher.  She is starting to show pretty well if you look at her in landscape.  However, from behind; well, she still has one nice behind!  I prefer to look at her in that light!   :) 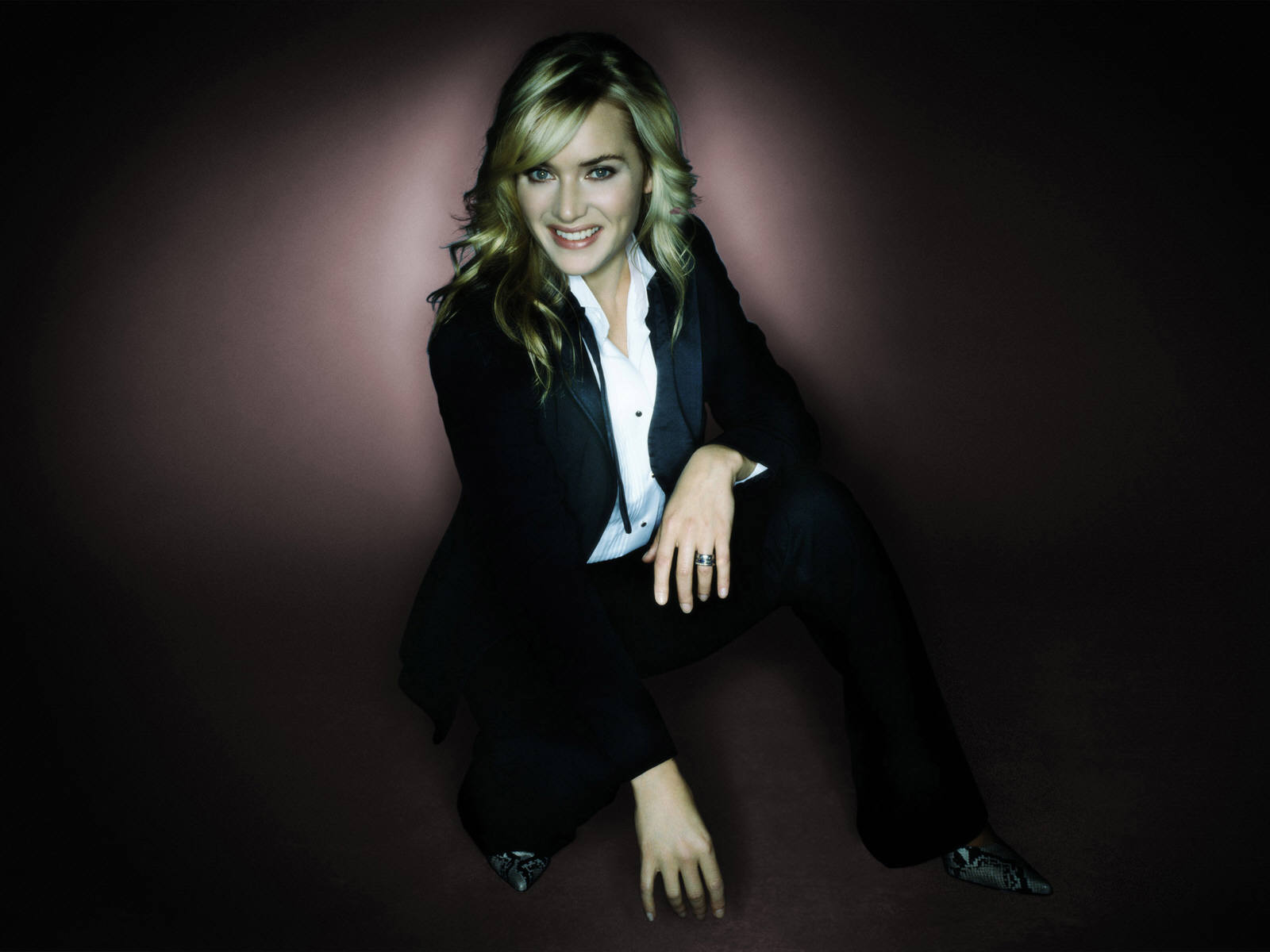 Oh, I almost forgot to talk about Mrs. Power Mom.  Being somewhat of a holiday week she was not on the road and thus not showing up last minute.  That gave her time to prepare and look her best among all the other mommies that night.  And God forbid you give Mrs. Power Mom 4 solid hours to look good.  In 20 minutes she has learned to be presentable and professional.  Give her four and you'd look past Jennifer Anniston if she walked past.  Tonight she is in heels, tight white jeans, a low cut blouse with a necklace that accentuates that long beautiful neck, and make-up that sets off those piercing stormy blues eyes.  All you can say is, WOW!

Posted by Ryan Beaumont at 8:32 AM