I'm Tired of Castles in the Air

They say you have to do something seven times to make it a habit.  But this is my fourth Christmas Day as a blogger and the third time I leave you, my dear readers, with a Christmas story as a gift.  So I declare this a habit even though it's only my third.

Oh and since this is also my third Alex Blog post (2nd post was 2nd Christmas Day post above) here is the first from Alex.  If you have read some of my past post you'll know I have somewhat of a fetish for the Alex character from the movie Up in the Air, she is so Shannon. 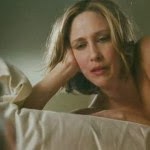 Why is it that when you are young everyone knows instantly when you are in love.  "Oh you are just glowing Alex," my friends said after one of my early dates with Ned; "you must be in love."  And you know what, I knew I was in love too.  I could just feel it inside and out.  He was the one.  Outwardly I got chills seeing him walk around the corner, inwardly I knew because I was curious and fascinated to learn everything I could about him.  He held a prominent place within my psyche.

As easy as it is to decipher when someone is in love you would think it just as easy to realize the point in time when you are no longer in love.  Wouldn't it be so convenient if that were so.  But life blurs the senses at some point.  Career, kids, the yard all muddle a woman's mind until you just exist.  Then you wake up and realize that person you are waking up next to no longer captivates you, in fact it would be great if he could just hurry up and get onto work so I could enjoy my morning coffee and perhaps have a minute to read the Tribune before the conference calls start.

No, I don't recall when I fell out of love with Ned.  I think it was some time between fall of 2001 and summer 2002.  But it was not the cataclysmic plunge I felt when I first felt love for him.  This time the fall (out of love) was a slow methodical train ride along a track we could not depart.

For some time I then floated in stasis, mildly dissatisfied with a marriage to a fairly decent fellow who was entirely unspectacular to me now.  I've talked to some women who say "well I'm in love with him but I'm not IN LOVE with him."  I think that is pandering hogwash.  What they are saying is that they are in love with their yard, Friday night family movie nights, summer vacations at the beach, and the school car-pool and they are too damn afraid to say they are not in love with their husband anymore because that might upset the apple cart of things that now occupy the life they find themselves addicted to but certainly NOT in love with.

As you know my cure was Ryan.  He diverted my course to his destinations and has occupied my attention for some time.  He dazzled me.  He is ridiculously good looking, charming, and so unavailable on weekends that he placed no threat to my Lincoln Park home world.   I know people have called me a slut on this blog but really the 2 am sweaty energetic sex with Ryan was too intoxicating.  He had me biting my lips to hold back helpless screams as I firmly gripped the hotel bed headboard with Ryan behind me like some engine.  Ned is just too damn polite to even think about fucking me like that anymore.  With Ryan I felt electricity coursing through my body once again and that kinetic energy helped pace myself through my life and kept me going forward.  He gave me aspirations beyond my annual bonus that pays for us to have boat drinks on the beach at St. Kitts in the spring. 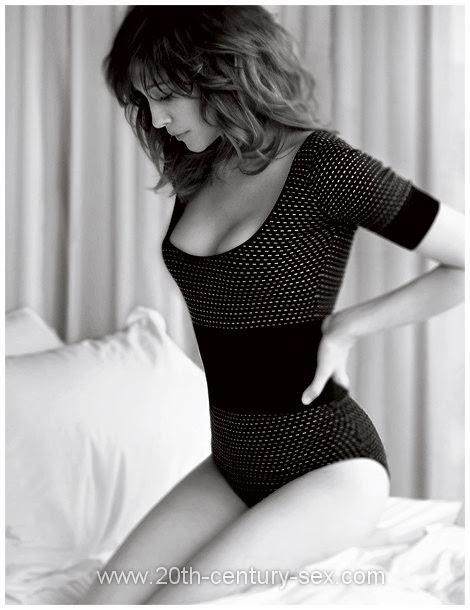 Of course the only problem with being sustained by inertia and kinetic energy are those very same Laws of Physics.  That night when Ryan foolishly tapped on my door just to say that he was in town he did not simply invade the sanctity of my Lincoln Park life he inflicted those Laws of Physics on my delicate balance of inertia.  That equal and opposite reaction stopped the motion of the satisfying existence I had developed.  And with that Ryan was no longer fascinating and captivating.  Well, maybe that time I did realize the moment I fell out of love but then again was I really ever in love with Ryan - probably not (well maybe I was in love with the sex but not him, hence my theory remains - yes I'm the daughter of a science teacher).  Maybe I just got tired of living among the clouds of Ryan's life.  When I was a little girl I used to look up at the sky and see castles in the clouds.  But when your a working mom and you fly through those clouds to and from work you realize all they represent is a great deal of turbulence between you and home.

But where does all this go?

The other thing I want to talk about (and I promise this will make sense in about two paragraphs) is my "blankie" from childhood.  I adored "blankie" and she was my constant companion.  At some point I probably realized that "blankie" was tattered, torn, and smelly but I could never give up on my "blankie."  I started to need "blankie" functionally less and less over time.  Sometimes I did not sleep with her anymore.  But one day I realized I had not seen "blankie" in several days.  I panicked!  I searched everywhere.  Finally our neighbors dropped her by, I had left her at a sleepover.  I breathed an enormous sigh of relief at "blankie's" return.  I loved her and in spite of her disposition I resolved to never let her down again.  Perhaps my 7 year old love was not the same love for "blankie" as my 5 year old love but it was a nobler and a more resolute love than before.  I still needed "blankie" if not functionally then certainly spiritually.

Now back to reality - Ryan's visit meant that I had to stop the undefined thing that we were doing with one another (maybe we should just call it fucking because in the end that is what it was).  Could I return to the stasis I was under before Ryan?

Before we go there I ask again why do we lose the "you're in love realization" spell we have in our twenties.  In our 40's is when it would really have some value.

Upon returning from the trip I took the day after Ryan's visit I mildly realized that Ned was correct that the clutch was going out on the Volvo and that perhaps we should trade it in while it still had some value and oh by the way Gary (at the dealership) had a great car in mind for us.  See "turn-key" that is why I keep Ned around.  The next week I was slightly happy that Ned left a portion of Brie, apple chutney, crackers, and a lovely little Pinot from the Willamette Valley on the counter for me to quickly consume before catching up to the family for the daughter's performance.  The next morning I was even more moderately satisfied to find two weeks worth of dry cleaning returned from the dry cleaners and hung in my closet.  That weekend I was increasingly content that Ned had gotten tickets for the family to the annual Joffrey Ballet's Nutcracker (a family tradition) with a nice dinner before at Spiaggia.

The following Saturday night was the annual holiday party at Ned's firm.  I had not looked forward to the party for many years and yet this year, I guess for old times sake, I was rather looking forward to it.  When we got there the usual people were there but I was content.  At some point Ned became involved in a discussion with a junior partner about patent law and problems with protecting intellectual properties as they migrate across the Great Lakes through maritime transactions.  I know entirely boring!

But much like I woke up one day and realized in October, 2002 that I didn't love Ned anymore I realized that this man, who I had now lived with for close to 20 years, was an expert at something and was revered by others.  In my eyes he was a guy who hadn't changed the cat litter box yet this decade and yet to other's he was fascinating.

I unconsciously touched his shoulder as mates often do and realized I really wanted to fuck this man.

That night Ned gasped when I stepped out of the bathroom naked.  We had passionate sex which of course with Ned meant missionary.  But the penetrating sameness of the feel underneath him and amid his arms was suddenly seductive to me.

The kids had spent the night at a friends so the next morning so I decided to cook breakfast for Ned in my thong.  I was delighted when Ned uncontrollably grabbed my ass and pined me against the counter.  I reached back and pulled his cock through his pants and guided it into me.  For the first time since Northwestern in the early 90's Ned screwed me outside of the creature comforts of a bed.  I felt sexy again as Ned pulled me into him. 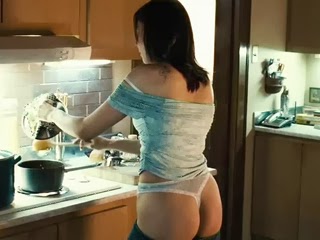 Later as we ate French Toast together naked in bed I realized I had fallen in love with Ned again just as unexpectedly and imperceptibly as falling out of love with him. But the love I now had was more resolute and more real.  No, I didn't need him to pay off my student loans but I needed HIM, the guy who made a life with me and who I still wanted to be the last person I saw each day.

For good measure we then took a long luxurious bath together and then I screwed his brains out one more time before we had to go fetch the kids.

As for "blankie," I have her framed and mounted on a wall in the guest room.  I guess that's what I'll do with Ned some day as well, but hopefully I still have a few years left to play with him!  :)

One of the all time great movie monologues:


You know, honestly by the time you’re 34, all the physical requirements just go out the window. You secretly pray that he’ll be taller than you, not an asshole would be nice just someone who enjoys my company, comes from a good family. You don’t think about that when you’re younger. Someone who wants kids, likes kids. Healthy enough to play with his kids. Please let him earn more money than I do, you might not understand that now but believe me, you will one day otherwise that’s a recipe for disaster. And hopefully, some hair on his head. I mean, that’s not even a deal breaker these days. A nice smile. Yea, a nice smile just might do it. (Alex Goran, from Up in the Air)

Posted by Ryan Beaumont at 6:44 AM

Merry Christmas thanks for posting . It seems we bloggers are in good company .