The Sleeping Pawns Awoke with Yawns

To us silly uncouth American's the Nutcracker is the most famous of all ballets if not simply what we consider to be ballet.  It was originally choreographed by Marius Petipa and Lev Ivanov and scored by Pyotr IIyich Tchaikovsky (he of 1812 Overture fame).  Petipa's ballet was adapted from Alexander Dumas script re-write (so to speak) of E.T.A. Hoffman's "The Nutcracker and the Mouse King."  If A. Dumas sounds familiar he also wrote "the Count of Monte Cristo" and "the Three Musketeers." While the music to the Nutcracker has always played well to international audiences the ballet itself was not an immediate success.  It enjoyed a resurrection in the 1960's mostly in the States as a Christmas tradition.  The modern versions are more closely tied to the Balanchine interpretation of the Nutcracker.  Balanchine took a somewhat spooky production and softened it by adding a more childlike flavor perhaps akin to Pat Boone taking a sexy Little Richard Tooty Fruity and toning it down for a more "white bread" audience.  Often the Nutcracker is in essence the "anchor store" that funds a ballet company producing the "Lion's share" of annual company revenue.  It has thusly transformed our American taste for culture and made ballet sweet to our palates.  It is in essence ballet's "Stairway to Freebird!"  But I'm not ashamed to say I love it!  In the end through those evolutions and with the application of some child-like wonderment and adventure and of course some great music a Nutcracker production is always inspiring.

Btw, if you are even slightly into ballet Marius Petipa is responsible for much of what we know of to be the "Classics" including:  Don Quixote, Giselle, Sleeping Beauty, Cinderella, Swan Lake, and Coppelia.

Anyway, I find it interesting that the Nutcracker was not at first successful and then was resurrected.  It has gone through many steps on it's evolutionary process to become what it is today.  Adoring fans, introduced to and then inevitably enchanted by the story, in essence breathed life into the ballet.  And it is strangely allegorical that the ballet itself is a story of resurrection or perhaps transmogrification as the love of and for an adoring child breaths life into an inanimate toy nutcracker.  Clara's peril and subsequent salvation from the hands of the Mouse King transforms the Nutcracker into a Prince and then he escorts her into a dreamy adventure through the Land of Sweets.  The themes of caring, adventure, and most importantly dreams show us how we can all evolve from a small inanimate toy into emotional human flesh if only someone would love and defend us.

The Nutcracker has been a part of my life for some years now.  I have mentioned it in this blog a few times.  In some sense this blog has been my Nutcracker as I've described how I have traversed my dreamlike Land of Sweets.  As I look back over the past several years I do believe that it is that same Nutcracker that was the Genesis of my transformation into who I have become.

For many years I too was somewhat inanimate, made almost entirely of work.  But I also remember now so many years ago being asked to be a part of the production.  My fears were allayed by the fact that I would be in essence a set piece in the backdrop.  That I could do as for years I had been a set piece in the background of a life story.  However that, of course, did not come true as I soon found out that I would actually have to dance on stage.  But upon finding this out I also stumbled upon a pretty brunette with a sweet enchanting smile that immediately peaked my interest allowing me to set my fears aside.  The next two months, as we rehearsed, were such a pleasure as I came to know Renee.  She became a friend but more importantly a vision.  I began to see myself through the lenses of her eyes.  The reflection I saw of myself in Renee's eyes was drastically different from the image I had seen daily for some time through Shannon's eyes.  The experience thusly became a didactic path for me.  In Renee's eyes I was interesting, funny, entertaining, and exciting.  Because I was so to her I wanted to be so all the time.  And so a somewhat unremarkable husband from Suburban DC was transmogrified into Ryan much like the Nutcracker was transformed before Clara's eyes into a Prince.

Yes as I was transformed by the Nutcracker that Christmas season it was as if...

"Up suddenly jumped Jack in the box.
He fell into step with the fox.
The mighty lion swung his tail.
The hungry wolf began to wail.
The sleeping pawns awoke with yawns,
the toys had come to life."

Suddenly I was alive again!

But what to do with this life?

Looking back now I feel as if that Nutcracker and I experienced a transformation in the quantum mechanics of our inner being.  As the Nutcracker visits the Land of Sweets I met several women through this Ashley Madison thing.  I was transformed onto a new vector towards becoming a being that is aware of the need to simply seek a state of being and not be afraid to have needs beyond father, care-giver, leader, employee.  While my exterior may have changed little to the outside physical world I was changed at the sub-atomic level of essence.  As women looked at me with interest I evolved and truly became that which they found interesting.

And yet as we traveled onward we really only did so to gain the favor of a Clara, one adoring princess who's affectionate and accepting gaze would transform our reflection in her eyes to an apotheosis within us to someone remarkable. 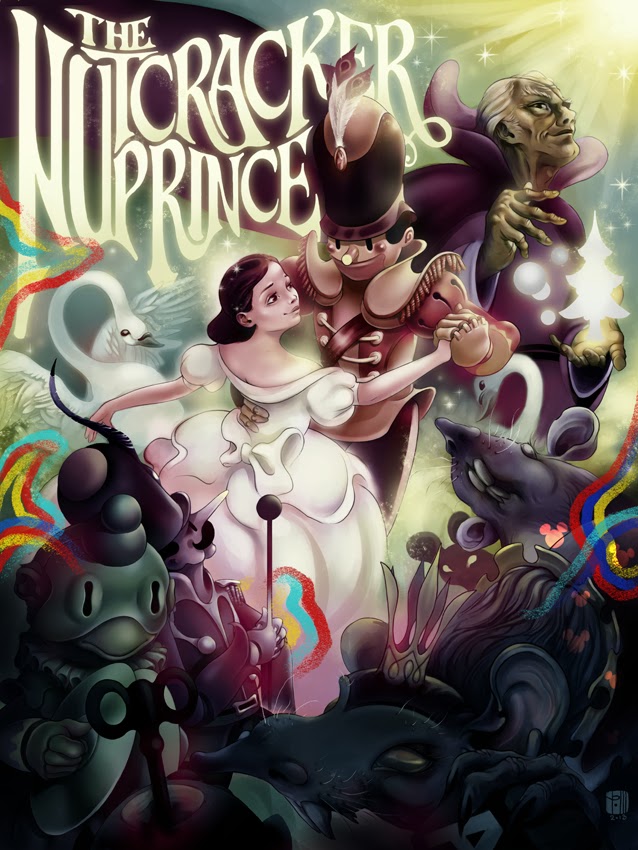 And so now I ask myself, will I ever complete my transformation and become the Nutcracker Prince?  Only time will tell.  But for now my Apotheosis is this.......

Where are they now?

Renee:   Renee was going through some really tough times when we danced together.  She did end up divorcing.  Though she had some work challenges her tenacity and vivaciousness carried her through.  She is now doing very well.  And just to prove people are usually positively affected when they come to meet Ryan I unwittingly introduced her to her now boyfriend.  Even though admittedly I'm a bit jealous they really do make a great couple.

Alesia:  Yes, that Alecia - I have been in touch with her.  She is also now divorced and recently started a new job.  From my limited contact she seems very happy now that she has refocused herself on her career and her kids; they seem to fulfill her.

Shannon:  From Shannon's Story do you really think anything will ever go wrong for her?  She is as pretty as ever, one of those rare women who is truly more physically spectacular in her 40's than when I knew her in her 20's.  Add that to her inner persona and she is truly a woman to behold.  Her career is still going strong as people always seem to want her for her talents, grace, and charm under pressure.  Oh if only I could be a client rather than a hapless husband continuously disappointing.

Sandra:  I have never gotten back in touch with her.  I assume she is doing OK.  Sometimes playing the Cavalier allows your lady of the moment to have the time to find that the comfort of going back is not so boring and perhaps more satisfying than the pursuit of the exciting.

What a wonderful post. Here's to becoming that Prince. :)

An absolutely fantastic post! Ryan, you are an excellent writer who needs to be discovered!