Ryan's Repeats - Don't Let Her Catch You with a Care

As with Monday's repeat post my inclination was to re-post my Mom's of the School Holiday Musical.  But then I got to thinking it's a pretty poor excuse for a sex blog when you don't ever talk about sex.  I'm not really talking about sex now either just repeating what I once remembered about having sex a long time ago!  But I guess you got to "may hay while the sun shines" so to speak.

That being said I have really enjoyed doing these re-posts over the past year.  Why did I do this you might wonder.  Well, when you see a blog for the first time and see that it is a few years old and has say 300+ post it can be daunting to take the plunge and start reading.  Then again, I'm a "read the pictures kind of guy" so maybe it's just me.  But my thought was that for some of the newer readers of my blog I would give them a little hint as to what I thought they might find interesting along with some chosen links to other post that might "churn the water" so to speak.  To my older readers I added notes to either update the story or perhaps write a little about what I was thinking about when I first wrote the post or what I'm thinking about now a year or two later.

Anyway, it kept me posting and was fun - I hope you have enjoyed or re-enjoyed them!

So onto some sex or rather a re-telling of past sex!  And if you do anything for me please take note of my opening Holiday Sex joke, I worked real hard on that one.

I was a little on the fence over this month's post, Holiday Sex.  It made me remember Ethel a girl I once dated.  She wasn't very attractive but she was really a sweet girl.  The first time we had sex was in the morning sun in front of a window facing east on Groundhog Day.  I came on her shadow and then she wouldn't leave me alone for 6 weeks!

OK, so I made that story up but give me credit for linking sex to an off brand holiday - sue me!  :)

Let's get onto the real Holiday sex. 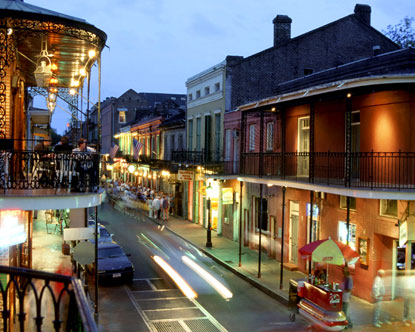 Ah New Orleans, how many fine memories I have of that wonderful city.  I first visited her on a spring break in college.  Me and my college buddies had actually gone down to Panama City (or rather the Red Neck Riviera as some call it).  We decided to take a road trip across I-10 to New Orleans and I loved it immediately.  The next time I visited the Big Easy was with my dear Shannon shortly after we were married.  Most people think of NOLA and Mardi Gras but it is a wonderful place around the holidays and a particularly fun spot on New Year's Eve.

Oh first before I get too long into this post, those lyrics above are from Harry Connick, Jr's. ode to his hometown "Oh, My NOLA."  This story takes place in New Orleans and accoring to those funny Facebook Dobleganger things I look 82% like Harry, just slightly ahead of John Ritter.  Unfortunately I'm not nearly as talented or funny as either of them.  But there you go.  And yes indeed you never want to be caught with a care in New Orleans.

OK so this is really just another FFF (like my Thanksgiving FFF) with some Cajun' spices.  To me New Orleans is all about the FFF - Food, Football, and Fuc*i; excuse me I mean Fushia (you know purple is one of the Mardi Gras colors)!   :)

So after getting married Shannon and I lived in the deep, deep South.  One of our favorite diversions was New Orleans.  The first time we went down there together was to do those F's.  Well football was the first priority (for me at least) my team Big State U was playing in a bowl game so I decided to go down for the game.  We ate a lot as well so the second F was pretty well taken care of.

But today's post is for Kat's Sex Blog Chain and I doubt Kat cares to have an analysis on how Big State won that big game.  So let's move onto that third F, because in NOLA, we always did a lot of that (3rd) F'in!  And of course F'in on New Year's Eve in NOLA is a wonderful thing!  As an aside I am an environmental F'er meaning the atmosphere as much as the act is what does it for me. 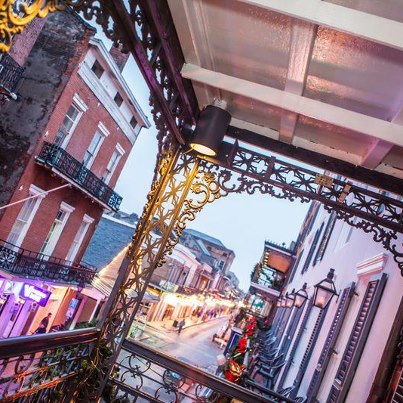 It was so fine being in the Big Easy with Shannon.  Back in those days she was so wide eyed and naive and enjoyed experiencing things with me.  We got to town in the early afternoon, checked into the hotel, and then headed for Bourbon Street.  We ate Seafood Etouffe and Fried Alligator tail on a restaurant balcony overlooking the street.  Later we found a bar and were lucky enough to see BeauSoleil, who were in town performing ahead of the big game.  I delighted at seeing Shannon twirl to the wonderful Cajun' Zydeco music and it was a joy to run into old friends on those city streets.

Later that night we returned to the room.  We had a little game back then.  Shannon would go into the bathroom to wash her face et al.  I would undress and lay naked on the bed trying to position myself like some Greek statue as if to surprise her.  When she came out of the bathroom she squeeked in delight.  In anticipation of my game she too was naked.  We were both pretty worked up from the night's music and spirits so not much foreplay but oh what a wonderful extended round of sex.  Back then it was as if we could not get deep enough into each other.  Our bodies would wrench our way into each other, gripped tightly, and moving in rhythmic motion.  In the end, bathed in sweat I would often linger inside of her kissing her gently.  Sometimes we even dozed off in that very position.

The next day we started with coffee and Beignets at the Cafe du Monde.  We then toured NOLA's beautiful Garden District.  The old homes still decorated for Christmas were lovely.  We also walked through some of those old cemeteries and admired the Gothic beauty of the crypts and mausoleums (which of course have to be above ground as the city is below sea level).  We meandered back to Jackson Square enjoying a peaceful carriage ride and touring St. Louis Cathedral.  All in all a wonderful taste of what makes New Orleans such a timeless place rich in the melting pot of classic old world cultures.

By the afternoon we were tired and the game was that night.  We headed back to our room.  Time was short and we both wanted to shower.  Being expeditious people, mindful of time, we of course decided to share the shower.  Shannon's long elegant body with her subtle soft curves were hypnotic as the water cascaded over her.  I ran the soap over her shoulders and down her back.  I nibbled at her neck and ran my hands around her waste.  As I pressed my fingers into her she sighed and instinctively leaned forward.  The hotel shower was large and we instinctively moved to our knees in tandem and were now on the floor of that shower.  Shannon leaded forward to her all fours.  She reached back underneath her body and between her legs and guided me into her.  Her soft body was slick and shiny from the water washing over us and the frothy soap bubbles still clinged to our bodies adding contour as they washed slowly across her beautiful round ass and down those lovely legs.
It was rapid and energetic sex as I moved into and out of her with ease, my hips mashing briskly into her soft cheeks.  But the heat of the shower and the close confines made orgasm difficult for me.  Mindful of time I motioned her to rise.  I then picked her up wet and soapy and carried her into the bedroom.  We flopped on the bed and I glided into her.  We were a sloppy, soapy, wet mess and it felt as if we could not be more naked.  This did not take long and we orgasmed together in a collective gasp.
After, we got ready for the game and walked down to the Superdome and met our friends.  We enjoyed an epoch game that Big State U won with a terrific second half performance.  Once the game ended we headed down with the group to Bourbon Street and enjoyed a wonderful New Year's Eve.  Hurricanes on Bourbon Street as we counted down the New Year was so fun.  Running into old and happy Big State U buddies in the Big Easy was endearing.  But holiday sex in that festive mood, in comfortable surroundings, and with the one you love - Priceless!  Laissez les bon temps rouler!﻿

And here is a great Harry Connick tune!  Man is he one handsome dude!  :)

Posted by Ryan Beaumont at 6:00 AM