I've never been a quantity over quality type guy.  But I've basically written my posts for next week and the week after and they only add up to 9 posts for January and I've always written at least 10 posts per month so I'm in need of another post.  So here is some housekeeping to get that 10th post.

Wait a second though, did he just say he prefers quality over quantity?  That must mean he thinks any of this stuff would be considered quality - wow, ego's never cease to amaze me!

OK so I have about 4 points today:

#1 - Wow, I hope nobody put down bets based on my bowl game analysis - I really stunk it up.  But to rebut,  I will say my analysis failed on the following points,

*   Rose Bowl - Got it right on this game, here's to the Quack Attack!

*   Fiesta Bowl - OK 2 points.  First, Stanford find a guy who can kick straight.  Second, I obviously forgot to consider these fine looking Cowgirls!  If I had seen these little chaps I would have picked the Cowboys (girls)!  Hot girls in chaps definitely beats that goofy thing!

*   Sugar Bowl - VT's kickers are on crack too!
*   Orange Bowl -  Missed this little story, WVU Cheerleaders gone wild might have changed things for me (take a look)!  Gives new meaning to that song "Almost Heaven West Virginia (cheerleaders) ......"
*   BCS Championship - I forgot to consider Cajun + New Orleans on New Years = A lot of Hangovers.  Obviously LSU partied too much and forgot to show up.

I still did really good on the Yahoo Bowl pick-um because I aced all the minor stinky bowls!  Tell me how many of you had SMU upsetting Pittsburg in the Clorox Toilet Bowl.

#2 - Under the category of flattery will get you everywhere with Ryan please please consider visiting the attached new blog So Wrong But So Right.  One of the writers had a previous blog and a lot of these stories are from those past episodes.  There is a lot of good hook-up sex and relationship stuff and I know this will be a good one.  Molly, I'm looking forward to seeing more of you as well!  :) 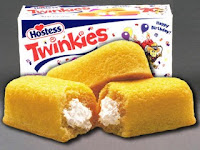 #3 - Omg, did you see that Hostess is going bankrupt!  For the love of god do your patriotic duty and eat as many Twinkies as you can, this American icon must be saved!  And think of this, after the Apocalypse later this year (2012) these little beauties may be the only thing we have left to eat - I think they are shelf stable to the year 2525!  :) 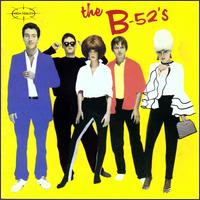 #4 - Today's lyric quote is a shout-out to the B-52's who are celebrating their 35th anniversary.  I sure wish I could catch their anniversary show in Athens on February 9th.

#5 -  So I had this spoof post about Finding Married Guys for Dummies the other day.  So a quick (slightly) sincere bit of advice on that subject.  If you really are looking for a married guy or former married guy or any guy of the pre-owned fashion I give you one bit of advice.  Find a guy who has a great relationship with his daughter.  For if a guy truly loves his daughter (and what daddy doesn't) then he has put at least one women ahead of himself on his priority list during his life.  And if a guy can love at least one woman (his daughter) more than himself perhaps he will be good to another women (you).  Just a thought!  :)

#6 Is it really hard to talk while you're teabagging?  :)
Thanks for that thought Anderson!


Sorry for all of that but it is a good image of the useless shit I think about on a daily basis!  :)


Hey wait, I think I mentioned another AM Adventure coming soon - maybe I'll start getting on top of that story on Monday!

Posted by Ryan Beaumont at 7:54 AM