But I Don't Care if You Don't

This is part VI of a series of sub-blogs written from my best attempt at writing from my wife’s perception of our life together.  If you are reading this blog for the first time I would request you go to the beginning (here) and start reading or go to any entry that looks interesting but don’t start here as this entry is a bit of a diversion from my previous direction.  If you are reading ’s Story for the first time part I is here. 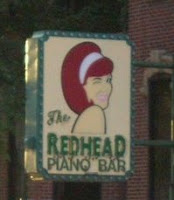 About 1 year after I began working directly for Brent and began my travels I found myself at an out of town meeting with “the team.”  I had traveled a lot with Brent the two weeks before and I could tell he was starting to probe more and push barriers.  He had given me several bottles of a very expensive wine for Christmas just a few weeks prior and was paying me a lot of attention, putting me on a pedestal.

After the end of a long day of meetings we all went out for dinner and then drinks at this piano bar that was Brent’s go-to place in this particular town.  Brent even knew some of the regulars there and was picking on me when an older very professional guy was apparently hitting on me.  Of course, no one seemed to pick on Brent for all the flirting he was doing with the waitresses.  This place had developed into somewhat of an urban legend among “the team” and Brent’s escapades were somewhat legendary.  But I didn’t find Brent’s flirting with the waitresses a turn off.  To the contrary I was turned on by his magnetic personality, he was the “it” guy people wanted to be with and I now realized I wanted to be with him.

The whole team was pretty blitzed toward the end of the night.  As the one female on “the team” I always took a lot of ribbing.  A few of the guys were daring one another to ask me to dance.  Finally one of the older guys (Chuck) who was a really sweet man asked.  I was OK because it was really like dancing with my dad.

Of course that gave Brent the “green light” and once he asked me to dance everyone stayed away and began their own conversations.  Once I was dancing with Brent he had me.  He kissed me slightly on the cheek at one point.  I was startled but then almost as a reaction I started to play with his hair on the back of his head.  At one point we looked at each other and I felt that momentum to kiss but we held back and just smiled at each other. 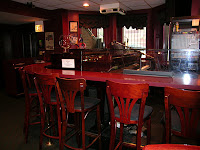 “The team” soon departed and walked across the street to our hotel.  I am not sure if this was planned but Brent’s room was close to mine but on a separate floor from the rest of “the team” so he was able to walk me to my door.  Brent said “we should probably talk about this.”

I should have known what “we should probably talk about this” meant but I was drunk and I was not really thinking about consequences so I invited him in.  I got a Sprite and some M&M’s out of the mini bar, took off my high heels and sat next to Brent on the edge of the bed.  He leaned back a little and put his arm behind me and then proceeded to tell me I was his fantasy woman and that he had thought about me since the day we met almost 4 years prior.  To say he “had me at hello” would be an understatement.  This was “it,” to be someone’s fantasy, to be the center of their universe was what I sought.  Here and in Brent’s presence I was exciting, engaging, intelligent, and felt sexy – I wasn’t the person irresponsibly spending away all of our money!  I can’t really remember too much more about the conversation but soon we were kissing and there was no going back.

Posted by Ryan Beaumont at 8:32 AM

i can't wait for more!