Happy Cinco de Mayo or 5th of May, a celebration of Mexico's defeat of the French at the Battle of Pueblo in 1862.  It is actually not a Mexican holiday but more recognized in the US to celebrate Mexican heritage.


It is not as some on Fox News have reported a celebration of a ship of Mayonnaise sinking in route to France.


So in recognition of Cinco de Mayo I have listed the title lyric above from the traditional Mexican folk song La Bamba, also made famous by Richie Valens in 1958.  And another useless fact, it is suspected that Richie Valens was the "son" in Don McLean's lyric "father, son, and holy ghost" in his song American Pie - written and dedication to Buddy Holly who died in a plane crash with Valens and the Big Bopper (aka Chantilly Lace) in 1959, "the day the music died."

And, as I am want to do, I am including a recipe to celebrate the day that would be easy to do with kids!  And in this case an Americanized or Tex/Mex way of doing Mexican.

*  Note:  do not use too many toppings as it will affect the browning of tortilla crust and melting of cheese

Sprinkle lettuce, tomato, fresh cilantro after out of oven if desired.  Serve with side of sour cream or guacamole.  And pair with a cool gazpacho and Margarita or in my case a Dos Equis since I am after all the most interesting man in the world!

Does this qualify as an HNT?

Back to some sex next week! 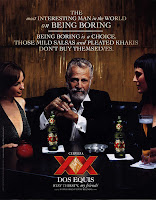