Hot Summer Nights You're My Time of Year

Or One Great Summer (Night) to Remember

Hey I just realized it's been a reeeeeaaaallly long time since I wrote about sex.  And since I am still only in about the 2nd quarter of my Sandee story (does that mean there is a lot more to go?) I thought I should throw a bone out there (literally and figuratively).

I have not spent a whole lot of time writing about my past but it sure is fun going back into the vault and pulling out an old story now and again.  And with all this warm weather we have been having it reminds me of those hot summer days and nights gone by! 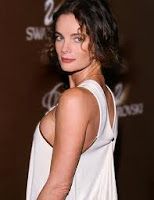 So here is a story about Chelle, a gorgeous girl I met when I ran off to sunny Florida to work one summer during my college years.

Btw, I started to use lyrics from that Journey song Stone in Love for the title but then I realized this story doesn't end with anyone wearing blue-jeans (or anything else for that matter).

So back in the day Ryan used to tend bar, pour coffee, take orders, and other things that a lot of college kids do to make money.  He got to thinking that life at Big State U had gotten a little boring and didn't want to go home for the summer and realized he could pour drinks for people at a beach as well as he could anywhere else.  At first he applied to a lot of those cruise lines.  Thankfully, in hindsight, he didn't get any interviews (trust me working on those is the pits).

So with no prospects Ryan did what every young man should do once in his life, he just packed his stuff in his car and drove south.  He drove as far as he could in about 18 hours and stopped at a beach resort town.  He then camped out and started looking for work.  It didn't take Ryan long to find employment as he had good experience and if you think he is good at bull-shiting on a blog you should see him in person.

So Ryan got a job working at a luxury Yacht Club.  That is where he met Chelle.  Chelle was SMOKIN' hot and worked at the club as well.  She was about 5'8" with long wavy brunette hair, green eyes, and one supremely toned and tanned body.  She had just finished her junior year at her hometown Big State U; it's name was something like Sunny Atlantic State University for Hot Chicks (I'm not sure).  Chelle didn't really have to work I don't think because at the yacht club she was sort of learning the family business so to speak.  Daddy had a nice home on the Inter-Coastal Waterway with a nice boat parked in the back yard.

Well, I could give you a week long story about our courtship but I won't tease you like I did the other week with Sandee.  I'll just jump right to the end because it was in fact that boat parked in daddy's back yard that was the climactic scene of young Ryan's summer love-stock!

Toward the end of the summer daddy was to be away on business and rich housewife mom was going to tag along to the Med or wherever it was they were going.  Chelle was to stay behind and take care of the house.  Now at this point Ryan had enjoyed some very nice sex with Chelle at his place and at that swanky home on the Waterway.  But what Ryan really had his eye on (or let's be real his penis on) was sex on that boat parked in the back yard.

So on a wonderful night Ryan suggested he wine and dine Chelle with a gourmet meal on said boat; Chelle was happy to oblige.  So Ryan grilled some Swordfish steaks with some Caribbean veggie kabobs and Coconut Jasmine Rice and he and Chelle enjoyed a fine dinner with a nice Pinot Grigio on the deck of that yacht.

So would that make a nice fairytale ending????  No I didn't think so.

After that meal Ryan and Chelle gazed on the Waterway and kissed.  Pulled close to Ryan, Chelle's thin sundress did nothing to hide the slim shapely contours of her sleek body.  He could feel her nipples through the thin cotton or her dress and moving his hands around her waste to her behind Ryan could feel her supple cheeks and realized nothing was underneath that sundress! 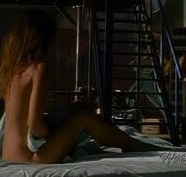 Ryan escorted Chelle below deck.  At the bottom Chelle turned to Ryan and leaned back on a table.  Ryan stepped between her legs and planted a firm kiss to her lips and then moved to her neck as Chelle gently started to grind her hips to his hips.  Ryan stepped back and Chelle stood up with him.  Ryan then rotated her around and with a quick swoop pulled her dress up and over her shoulders and head revealing her beautiful naked body in the veiled moonlight.  Ryan kissed her shoulders as he pulled off his khaki shorts and polo shirt.  He then moved his hands to Chelle's pussy and probed his fingers into her.  She was already wet.  Not long after that he moved his hips to hers and glided into her.  He slid in easily and quickly.  Their bodies slapped together in quick rhythm.  It was such a turn-on to see the glean of sweat on Chelle's ass sparkling in the moonlight along with the kinks of her hair now moist with sweat that tumbled down the length of her back.  Ryan was not quite ready to cum so he turned Chelle around and picked her up.  Her legs were around his waste as he carried her a few steps to a couch next to the table.  There they finished in missionary clutches as they orgasming together in a hot and sticky Florida sweat!

But it didn't end there.  After an hour of cuddling and kissing Chelle suggested another glass of wine.  They walked up the steps to the deck of the boat sans clothing.  Ryan poured a glass of wine for Chelle and sat back on a fishing chair.  Chelle accepted the glass bending over him with her breasts tantalizingly brushing against his face.  She then sat on top of Ryan mounted him and sipping her wine as she gently began fucking him again.  She began a humming purr as her hips slowly moved over his; one hand held her glass the other gently positioned on his shoulder as she looked into his eyes and slightly bit her bottom lip.  Ryan began to pump with her but she put her finger to his lips and whispered with a smile "shhhhh..., let's take it nice and easy."

Nice and easy lasted for several minutes but Chelle began to move more quickly and more quickly.  She set her glass down and now had both hands around Ryan's neck for leverage, nails seductively digging into his shoulder blades.  She encouraged Ryan to return the sexual rhythm.  They moved together faster and faster until Chelle gasped with a crescendo as they eclipsed together.

Chelle fell forward into Ryans arms and there they stayed for probably and hour as they watched the lights on the ocean side of the Waterway.

Well, that's not really the end either as around 2 am they awoke in the bedroom cabin of the boat.  They were both naked so Ryan easily slipped into Chelle and they had speechless pitch black sex in the middle of the night.  And of course that was followed by morning sex and a group shower the next day.  And that was followed by a nice breakfast on the boat deck.  If you think Ryan is good at sex and grilling you should see what he can do with an omelet and a mimosa!

Yeah, it was tough to leave at the end of that summer.  Ryan damn near decided to forgo a semester of college and stay down there.  He even interviewed for a job with a stockbroker he had met thinking that he might go back down there after graduation next year.  But he did return to college and met Trish (his first Jersey girl) shortly thereafter and moved on in life.  But that is another story!

Thinking about this post he did find Chelle on Facebook recently (but decided to not do a friend request).  Hey don't give me that look, I saw Shannon checking out one of her old boyfriends (the former rock star) on Facebook just the other day.  Anyway, Chelle still looks hot!  She didn't follow the family business but appears to have her own counseling practice.  She certainly helped my self-esteem so I'm sure she is great at it!

And of course Ryan still lives outside of DC and wastes his time on blogging!    :)
Posted by Ryan Beaumont at 6:59 AM

Email ThisBlogThis!Share to TwitterShare to FacebookShare to Pinterest
Labels: Past Adventures

It so nice for all of us that Ryan wastes his time on blogging, let's hope the trend continues.

Summer love is such a nice time to reminisce on I bet Chelle remembers you fondly as well.

Delicious story! mmmm... swordfish. Good thing you didn't get in touch on Facebook! Nothing good ever comes of reconnecting with old flames. Right?

I noticed you started the story in the first person for the intro and then changed to the third person for the core of the story. Does that mean you have Dissociative Personality Disorder? Or is that just so far in the past that is seems like someone else now? ;-)

@ Sassy - You have made me think of a good post about past girlfriends on Facebook. Sometimes the road not taken is one that would have led to a cliff. With Facebook you get to see that now!

@ Kat - You know me it's a function of Titanic Ego. But really my dear would you ask such a question of Vonnegut or Salinger or Capote. Surely with them you would assume creative license; surely with me you surmise no less! :)