Kiss Them for Me

Hey Ryan I thought we left your SanDee* story with her saying - "we need to get a room."

Why do you have more kissing in the title you say?  Were you looking say for something more in the way of a WASP's "*uck like a Beast?"

Well let's just read ahead.  I started this post with the title "Love is the Drug and I Need to Score" but then changed to the Siouxsie and the Banshees lyrics above when I realized this needed to be a two parter.  I'll use that Roxy Music song later this week for part II, hopefully the story will live up to the title.     :)

That Souxsie song btw is apparently about a starlet (perhaps Jane Mansfield).

So the week after Sandee's illuminating statement we made plans to go to lunch at this little Country Store that I really like.  I had gone several times with Sandra and it was one of my last favorite places that I had not taken Sandee.  This place is an old country store that had been converted into an upscale wine and cheese shop along with espresso, bakery, and gourmet soups, sandwiches, quiche, etc.  It has a very nice picnic area outside near a creek but no indoor seating.  We were now in December so that could be a problem.  But then again it might be an opportunity because I was not really interested in an outdoor picnic!

The day that we were going to meet was looking absolutely dreary (based on checking weather.com the day before).  This was fantastic news, no chance of a nice walk tomorrow!  I took the liberty of making a reservation at a local hotel near our little Country Store.

I sent Sandee the following note:

"Since (the country store) doesn't have indoor seating I took the liberty of securing an indoor location with four walls and a ceiling at a location near(by).  That way we can have an indoor picnic if it rains, or even if it doesn't.

I hope that doesn't sound too forward!  Just wanted to cover bases and not be in the situation we found ourselves in last week."

I thought that communicated the right message in a genteel and polite way.

Unfortunately doing anything other than being completely direct always produced an erratic and/or unspecific response from Sandee.  She wrote back.


"So why would it be too forward of you to eat inside?? And what situation were we in?? I am so confuuuuused (happens alot)! And let's pass on the river...k?? :)

Christ why do I have to get involved with someone that has the exact same mindset as I do and is so great at playing stupid just like me!  Oh well, maybe that is why I was liking her so much, she did seem to be a female "me."

Well, at least we were meeting and she was not longer standing me up anymore.  In fact she was really quite the "on time" little girl, generally she was waiting for me on our dates. 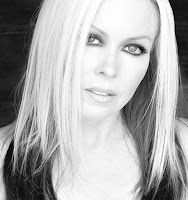 Perhaps I should describe Sandee some more since I am a visual person like all guys.  I have to admit I have been trying to put my finger on who she looks like but she really doesn't look like any star in particular.  She is very beautiful about 5'4" with long straight blond hair and hazel eyes and in fact 43 as originally advertised on AM.  She is very petite, like Shannon but curvier.  Each woman I had met through Ashley Madison was quite attractive but Sandee was in fact the first that truly rivaled Shannon in the looks department, sorry I'm shallow that way.  But as for demeanor comparing her to Shannon was certainly the calm before the storm.  I guess if I have to give you a face it would have to be Terri Nunn from Berlin (at least this photo of her) but without the two-tone hair.  Wow, did I have a crush on her back in the day!  Did you know she used to date Richard Blade, the DJ from XM Radio's First Wave and once appeared in Penthouse magazine?

Of course more than anything she did in fact look like that Canadian tri-athlete swim suit model who's photos she originally sent to me.  She could be that girl in about 20 years or maybe even her mom!

We met at our Shopping Center and drove off to the Country Store.  We made it to the store and looked over the wine, cheese, and gourmet stuff and then settled on two soups and some tea.  We took our stuff out to the car, hustling to avoid the rain.

Shy me had yet to make sure Sandee had a complete understanding of my plan.  I reiterated that I had an indoor picnic location in mind.

She said "oh yeah, where would that be."

So off we went.  It was a short 20 minute drive to the hotel.  We spoke about the area but did not talk about anything sexual.  We got to the hotel and I drove under the awning in front of the lobby.  Then it hit me - no wallet.  I had left it on my desk back at work.  I had stuck my brand new "mischief" credit card in my pocket.  Oh well, too late now I guess I have to hope the clerk doesn't care.  I did have my insurance card and car registration in my glove compartment and brought those in.

As I exited the car Sandee said "Ryan, you know you don't have to do this."

Hmm strange comment I thought; I responded "I want to."

Of course the clerk did ask for ID.  My heart was in my throat now!

Luckily insurance and car registration are acceptable forms of ID for hotel hook-ups in that particular county and she checked me in!    :)

Sandee and I drove over to our building and walked up and into our room.  Once inside I poured us each a glass of wine and we sat on the edge of the bed and ate soup and talked about nothing special that I can remember now.

How long is an acceptable amount of time to wait while you let a lady eat lunch in a hotel room before you start to rip her clothes off?    :)

Well I wouldn't rip her clothes off they looked too nice but I do wonder about these niceties.

After I ascertained that Sandee was finished with her soup I took it from her and set it by the TV.  Rather than sitting back on the bed I moved in front of her on my knees and put my arms around her and kissed her, moving my body between her legs.  After about a minute of very nice kissing I started fumbling with her belt.  She sighed but then said "I'm not sure if I'm ready for a home run."

Urrrrrrrrrrckkh (get it, that is the sound of a record scratch) Gulp!  That sucks!

What do I do now?  Tune in later this week to see how Ryan deals with extreme sexual frustration!  Or does he?  Surely by now you realize that nothing with Sandee is ever going to be easy.    :)

She's not a nun she just thought people you met online wanted to hold hands and kayak. Isn't that what an illicit affair is? lol

Ladies, ladies let's have a little patience and trust old Ryan has some tricks up his sleeve! :)

LOL! Okay, I'm waiting to see what trick old Ryan has up his sleeve. :-)

I'm trying to be patient, but I fear the next thing I'm going to read is that you two shared a juice box and some goldfish crackers.