Your Sky All Hung with Jewels

As always if you are new to this blog part I of Shannon's story (my wife) is (here). These are posts written by me with my best attempt of writing about our life through her voice. Except today is not part of our life together, it is my best attempt to show you a little about her life before me. You'll just have to trust that I've learned enough about her through our conversations over the years.  Part I of this prequel story (her high school years) is here.

I was talking to my daughters the other day about boys.  They were telling me who they thought was the cutest boy in their school.  I was not sure who these boys were but I gathered that they were the most popular boys in their respective classes.  I asked my eldest daughter "what about Sam (from her class who I think is very cute with his long blond hair)?"  My daughter turned her nose up at the thought of Sam.  I then began to tell them about boys and how sometimes the most popular boy and the cutest boy is not always the most fun boy to spend time with.  Before I knew it I was telling them about Anders, the boy that occupied the majority of my early college years.

As I told my daughter, Anders was not the best looking guy in my classes at State U.  He was in fact a bit chubby.  But everyone liked him, he was very funny.  He was also an incredible musician.  I simply enjoyed spending time with him and was never thinking about anything else when I was with him.  As time went on his humor and musical artistry was more seductive and his love handles became cute.

Anders seemed to meet that fine line between Rance and Blake.  Anders was a musician but way beyond anything Rance would ever achieve.  Anders was in a band and by our second year of college was starting to become the "it" band at bars around State U.  Like Rance, Anders was exciting to be around he.  He took me places I never dreamed of going before.  Once, when Lalapalooza was coming through town Anders was actually able to get backstage and we partied with one of the big name bands performing.  Unlike Rance though it never went to Anders' head and he was always kind and funny.  Anders had all the calm confidence and sweetness of Blake yet remained exciting.  This seemed like the intoxicating attraction I had been looking for.

Unfortunately all the excitement did not mix well with grades.  By the end of our second years of college we were both teetering on the edge of a 2.0 GPA.  Neither of us was enjoying State U.

That summer, against the immense anger of my father I went to Anders' home town to live and work.  I got a job waitressing and lived in a dingy apartment with the girlfriend of one of Anders' bandmates.  At first it was very exciting.  Anders' hometown had a better music scene than State U and we began planning a permanent move there.  I would attend a school in that town.  Anders' band would make that town their base of operation.  Anders no longer had his eye on college, he had his eyes on touring and demo tapes.

As summer went on though reality started creeping in.  Going to work every day was not all that it was cracked up to be.  Often it was tough because the band and their groupies tended to hang out at our apartment.  Few of them had jobs so they were drinking, smoking (any and all things), and listening to loud music late into the night.  Back at State U this type of life was fun Friday and Saturday night but now all I wanted on a Tuesday night was a good night of sleep.  I quickly became aggravated.

By mid-summer it was clear Anders would not be returning to State U or any other college for that matter.  While that was not a concern in and of itself what became a concern was the lack of direction.  The touring thing was not taking off like it was supposed to be.  Getting a demo tape was dragging.  What remained was the lifestyle without the style.

In late July the fulcrum that finally broke was my roommate.  She got into a fight with her boyfriend, spent too much money on drugs, was too long without a job, or any of a number of excuses but the bottom line was she walked out and left me with full rent and utilities that I could not handle.  Anders was sorry and listened but I quickly found out kindness does not pay the bills.

I had to go back to my dad with my tail between my legs to get help.  He traveled down to that Southern Metropolis and negotiated and paid to break my lease.

It was a turning point in my life.  I was so angry with my dad when he objected that I move to Anders' hometown.  I was angry that he would not even consider me transferring to the school I wanted to attend in that town.  But I learned who a real man is when I saw him drive down and bail out a daughter who had not been so very kind and do so without one "I told you so."

My dad put a lot of faith in me on that day and I resolved to show him I was worth it.

I didn't go back to State U but I didn't stay in that Southern Metropolis either.  Anders and I never really broke up, I just went back home and enrolled at the University close by and he continued to pursue his goals, swerving as they were. 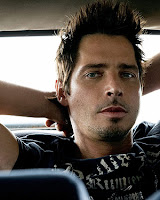 The funny thing is that Anders ended up a year later in the town I was now in.  He started a new band and was quite slimmed down.  Soon his band was the hottest thing in that town and as the lead he was the hottest guy in town among the "grunge crowd," perhaps a Southern version of Chris Cornell.

By transferring to a new school I had a clean slate on my GPA.  By the end of the year I had a 4.0 and was managing a gallery on campus.  Upon graduating I was easily accepted to a Master's program in my field.  Unfortunately I didn't have the money at the time.  I could have gone to my dad again and he probably would have paid.  But I wanted to pay my own way now.  I would work for a year, perhaps two, save, and pay my own way.

Yes, I saw Anders often over those years.  We remained friends.  He actually ended up moving west and wound up in a band that actually achieved some notoriety.  I have to admit I have "google" him occasionally to see where he is and what he is doing.  At times it seems like it would have been a fun journey to have been with him.  But my journey has been of my making so I never end up with regrets as I close that google window on him.

Boys, they really are like a box of chocolates; you never know what you are going to get until you open one up.  I sure hope my daughters find one with just the right sweetness.

Email ThisBlogThis!Share to TwitterShare to FacebookShare to Pinterest
Labels: Shannon's Story - the Prequel

I read your latest post and was immediately addicted to the life and adventures of Shannon.

@ Rachel - Shannon's life and adventures are addictive and she is a fascinating creature! Then again a tornado is pretty fascinating as well! :)