Retro Summer - The Old Posts: I Could Be a Lot but I Know I'm Not 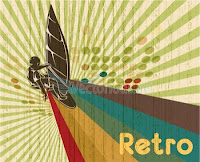 So now I come to phase II of my Retro Summer where I really get lazy and just cut and paste some of my favorite posts from the past (or Retro Summer - The Old Posts).  Not that blogging has been the best thing that ever happened to me but I don't want these memories to go away so I throw them back to you now.  And what better way to not let something go away than to re-re-post my favorite Riff Dog related post.

You see I started reading Riff Dog about a month after I first signed onto Ashley Madison.  In a lot of ways he set the road map or action plan for what I would experience over the next year.  Furthermore, in reading Riff I saw how to construct a blog.  Sure it was a great read and his stories were fascinating but he cultivated a "brand" through his posts as well as his responses to comments and even the comments he posted on other pages.  No matter where and when you found Riff it would always be special.  At the risk of sounding like I had a "man crush" no other new message in my gmail inbox ever gave me the gig to my ego like a new comment message from the Big Dog.  He was in fact like the Good House(blog)keeping Seal of Approval!

My blog started off as just a way to tell my story.  I thought Riff did the best job of telling a guy's experience on AM.  But of course his was a "left coast" take on the experience; a guy with that Hollywood swagger.  I was thinking maybe the blogosphere needed an East Coast "regular guy's" experience on AM.  Perhaps I was Kevin James (King of Queen's) to Riff's Jerry Seinfeld or perhaps mine was Ashley and Me meets the Three Stooges!  But as I inevitably started to crave attention I felt the best promotion was to be the occasional foil.  And what better way to be a foil than to be the foil of a famous person, at least within this little circle of friends.  Yes, perhaps some of my early antics like finding Clare on AM and writing to her (and of course blogging about the experience) was a way to Jerry Springer'ize my blog at the slight expense of the Riff Dogger.   :)

At any rate it's kept me here almost 2 years and got my 100 followers.  Which btw I should send a thanks (or perhaps condolences) to Ms B from B's Boulevard who recently became my 100th follower!

But anyway, how about taking a quick listen to this beautiful Style Counsel song and then re-re-read my favorite poke at Riff!  My first re-write of this is here.


OK, so today’s title is a movie quote rather than a song lyric, but please read on, this quote sparked a revelation and a potential urban legend in my head!

So I was driving home from work last night and trying to think of lyrics to match with blog entries but I kept hearing Mandy Patinkin in the Princess Bride saying those famous words “My Name is Inigo Montoya, you killed my father, prepare to die.”  So then I thought, that would be a great theme for a blog entry.  And I also thought I must be going crazy if I am hearing the voice of Inigo Montoya in my head. J

Of course, then my mind drifted and I started to think about other movie quotes that would be good for a blog entry.  For example wouldn’t Vote for Pedro be great!  And other quotes started drifting into my mind like “leave the gun, take the cannoli,” and “did you order the code red?”

So then I had to slap myself so I could stay focused on Inigo Montoya!  I started to think about the Princess Bride and how ripe it was for story lines; it is after all one of my all time favorite movies.  Then it occurred to me that I have always related to young Wesley, the movie’s hero.   How many times has Shannon (my wife if you are coming in late to this blog) screamed out in jeopardy “Eek...Ryan, there’s a spider in the sink!”  And me the hero in his best Wesley impersonation says “as you wish” and then humbly dispatches the spider and then saunters back to his work stall.

And then it hit me like a lightning bolt!

Well as I was thinking about Wesley and the Dread Pirate Roberts I also started to think about Riff Dog and Ashley and Me.

So my revelation is this:

I think the original Dread Pirate Dog Riff ran off with Connie a few years ago to open some Boutique Vineyard north of  along the   or maybe dropped out to .  Or would it be more likely that he opened a muscle car shop in ?  Nah, I don’t think Connie would go for that, car shop sounds more like Surfer Girl.

Anyway, my guess is that there have probably been about three or four Dread Pirate Dog Riff’s and that this current “out of commission” period Riff spoke of is in fact a transition to a new Dread Pirate Dog Riff!  What if one of the past Riff’s had passed the baton to William Shatner or some other disciple?

So now my mind is really spinning.  As you know I live near DC and in the best  fashion I believe we need to appoint a “Blue Ribbon” commission to investigate this conspiracy or better yet Congressional Hearings!  Can you imagine putting the Dread Pirate Dog Riff in front of that wonderful Minnesota Congresswoman Michelle Bachman to answer questions on this? J Perhaps she could do it as a live internet stream like she did with her State of the Union response the other week.  That could be fun!

And certainly Sarah Palin or Ann Coulter could weigh in (Sarah on Facebook of course), I’m sure Ann would be gunning for Pirate Riff since she has been the unfortunate and unnamed face of Clair for all these years (poor soul). 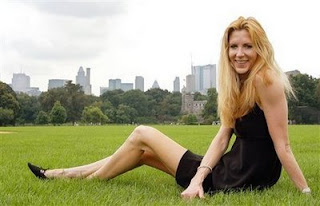 So what’s up Riff, we want the truth, as I further envision a conversation with him (camera drifting off into fog…..)

Dread Pirate Riff: You can't handle the truth! Son, we live in a world that has women with needs. And those women have to be chased by men with big egos. Who's gonna do it? You? You, Sweet Lou? I have a greater responsibility than you can possibly fathom. You weep for Octotherp and you curse Ashley and Me. You have that luxury. You have the luxury of not knowing what I know: that Octotherp’s project, while pointless, probably saved lives. And my existence, while grotesque and incomprehensible to you, saves lives...You don't want the truth. Because deep down, in places you don't talk about at parties, you want me on that Sunset Strip. You need me on that Sunset Strip. We use weird letters like MILF, NSA, FWB...we use these letters as the backbone to a life spent chasing something. You use 'em as a punchline. I have neither the time nor the inclination to explain myself to a man who rises and sleeps under the blanket of the very entertainment I provide, then questions the manner in which I provide it! I'd rather you just said thank you and went on your way. Otherwise, I suggest you pick up an AM profile and stand a post. Either way, I don't give a damn what you think you're entitled to!

Wow, how did I get from Princess Bride to Jack Nicholson???

Hmmm… and now I am thinking about all this Ashley Madison and blog stuff and how it could connect with Zoolander?

Posted by Ryan Beaumont at 7:21 AM

If Riff Dog is Derek Zoolander would you be Hansel? And would you win an AM blogging award what would it be called? And would he accept the mission to kill the Prime Minisiter? Or instead of the Prime Minister of Malaysia who would the target be? This is all so much to contemplate...but I totally agree that I think Riff Dog is like Dread Pirate Riff and maybe he is a compilation of men. Although I think he likes and respects you a bit more than Col. Jessup like Lt. Kaffee.