It's June, let's go with some Beach Boys lyrics! 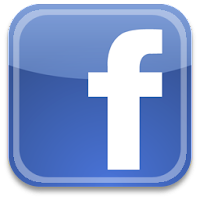 You know the one thing my blog has been lacking is a good Facebook story.  I read so many blogs about people who hook up through Facebook randomly, through friends, or better yet with old flames.

Hey Ryan, you're always stealing people's ideas why don't you write a story about hooking up with an old flame through Facebook!

Hey what a great idea, let's do it!  Oh, except that while I do admit I embellish here I have to admit I just have not re-hooked up with an old flame via Facebook so no-can-do.  Now, that doesn't mean I am not "friends" with a few old flames; that I definitely am.  In fact I'm Facebook friends with Jenny now.  But that leads me again to that age old question about "the road not taken."  I think a poet named Snow or Suess or Frost wrote something about that long ago?  I wish I knew the answer, if I did it might have helped me out of a predicament I will describe in my next "old flame" story. 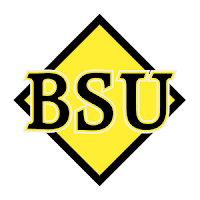 But as for today, Wendy was in my mind at the time the perfect girl.  Beautiful, simply beautiful with blond hair, blue eyes, and petite.  She was very funny and I always felt at ease with her.  She was very smart as well.  At Big State U there were plenty of girls but not so many in Business and Finance was my major.  Wendy was a Business major and a hot one at that which made her even more rare.  So we have gorgeous, funny, sexy, and smart and knows to buy low and sell high!  Damn, sounds exactly like Shannon; except Shannon only worries about buying expensive, she could care less about selling.  If only I had ended up with Wendy instead of Shannon I would be a happy man because Wendy never called me an ass or lazy or hubristic or a few other words I would have to "google" to figure out.

I do have good memories of Wendy.  She was, as I said, quite HOT.  She always had the biggest brightest smile; she just lit up a room.  She was very affectionate as well.  I loved the feeling of her on my arm and looking into those big blue eyes.  She was funny too and could really hang with the boys so to speak at drinking.  Yes, that bright, funny, sexy, vivacious, woman is how I remember her.  What a little Spitfire she was!

So a few years ago I was delighted when I saw a "friend request" from Wendy!

She is still very pretty.  She has that Nicole Kidman Stepford Wives/Bewitched look of that perfect suburban mom.  She ended up marring Buddy the boyfriend that dumped her just before we went out.  I knew they had gotten back together but I guess I had forgotten that they had gotten married.  Shows how broken up women get after the Ryan experience!

Oh well it was good seeing and hearing from her.  We message back and forth a few times but that's about it.  But then I started noticing it; at first just a trickle and then a raging torrent like a run-away flash flood.

As Bill Maher would say - "that Wendy is 'bat-shit' craza'!"

Now let me preface that because I don't want to insult some of my dear blog friends here of the more "Conservative" persuasion.  I can understand if you are not happy with our President.  I mean he only saved the economy and killed Osama bin Laden but I realize we still have a lot of unemployment and he has not reduced the deficit to zero and solved world hunger.  So, I understand if you are considering voting for Mitt.  Although Mitt will learn a leveraged buyout with greenmail does not an economic plan make!  Sorry, just had to throw in some Finance jargon for *hits and giggles!

However that being said, I thought we had gotten past the Kenyan Revolutionary/fake ID stuff.  And while I've driven through rural Missouruh' enough to know why some of those folks still have the capacity to believe our Pres is a Muslim, I wouldn't think a college edumacated, hot suburban mom from outside of DC would still be "sharing" conspiracy theory articles.

And when I say she "shares" conspiracy theory/birther stories I'm not just talking an occasional "share."  Jesus, my Wendy must do nothing but sit at the computer all day a dig up crap from any website and post to Facebook.

Hell, if the Pres says "the sky is blue," she is "sharing" some article by the American Tea Party Family Council for Freedom that says "RED is the new sky blue" and that the government paid Solyndra and Acorn $1 billion to paint the sky blue as a subliminal stunt to trick people into voting Democrat and oh btw Homeland Security is encouraging aliens from outer space to land here before November in order to vote for Obama.

Oh yeah, she also has about 5 kids which goes about +3 beyond my man to man defensive philosophy of parenting!  I sure hope poor Buddy doesn't have to agree to another kid every time he wants to get layed!  But I fear my Windy now believes that life begins at hard-on.

Yeah, I can take a bit of friendly political banter with a pal like Kat but Wendy and I would get along like oil and water.  Of course as one blogger who I shared this story with told me if Wendy ended up with me she might be VP of her company, live with a smokin' hot DILF, and would get all her news from the Colbert report!   How's that for arrogance!   :)

Oh well, from her pictures it looks like she still has a nice ass and that is all that is generally important to me most of the time!    :)

But in the end sometimes you find out later that the road not taken leads to a cliff (and a yard full of kids)!    :(

If I was a stay at home mom I'd go bat-shit crazy too. That's why I'm going to make my husband stay at home with the kids, and he damn well better have my dinner -- and a glass of pinot noir -- on the table when I walk thorough that front door.

I wish Wendy ended up fat. I bet she did, and you're just too nice of a guy to say anything.

Is she a stay at home Mom or does she just look like a Stepford wife? I was a little confused. I concur with Elle though if I had five kids and was a stay at home mom, I would definitely be a nut.

Here here to the stay at home Dad! Lol Also I wonder if you would have ended up with her and you only had sex to procreate how many kids that would mean for our debonaire Mr. Beaumont? I say at least a dozen.

Good for you for not going any further! We all know that nothing but trouble comes from connecting with old flames. Right?

@ Gertie - we'd have had something snipped or tied after baby #2.

@ Sassy - As for me why try to relight old flames when you can start new ones! Enjoy those old flame memories but focus on creating the new ones!